Kitchen Scholars of the Q.C.

Learning about food the fun way 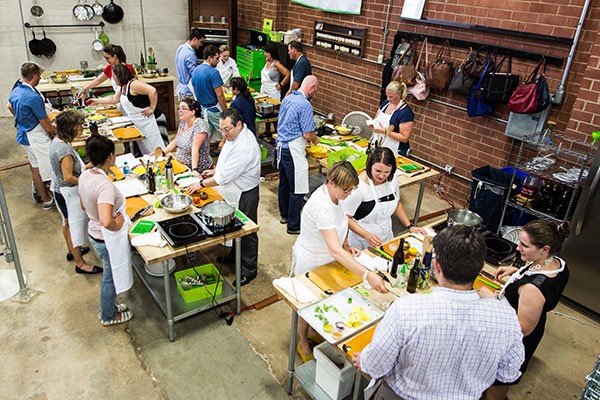 Buses rumble down the street, backpacks overflow with books and papers, last-minute morning scrambles have begun. School's back in session, but there's more than Spanish verb conjugations and Important Historical Trends on the syllabus. In this foodie town of ours, plenty of eager learners are gobbling up knowledge about what's on their plates.

Now, we all know about the big culinary schools, from Uptown's Johnson & Wales University to the Community Culinary School on Monroe Road, but there are plenty of other opportunities for more casual students of food lore to pick up a wide variety of skills, whether it be deboning a chicken or choosing a cocktail. The faculty of this unofficial School of Dining is just as passionate as any chef instructor when it comes to sharing their knowledge ... and instead of giving you a final grade, they're more likely to give you dinner.

Chef Clark Barlowe started offering classes about six months after opening the doors of Heirloom restaurant two years ago in the Coulwood neighborhood. Shifting from training new staff to teaching his customers was a natural evolution for him. "As a good chef, you should be a good teacher," he says. "They go hand in hand."

He's given lectures and taught classes across the state on everything from foraging mushrooms to running a farm-to-table restaurant. 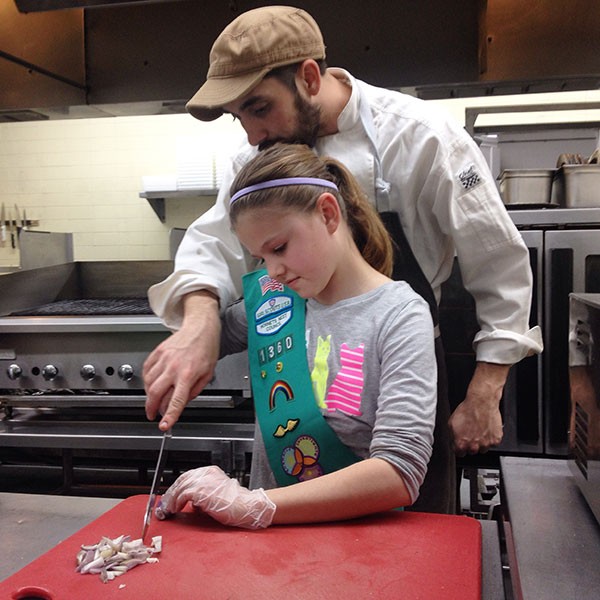 Barlowe's monthly courses hone in on specific techniques, such as making pasta or breaking down a whole chicken. "A lot of our classes are not intense cooking classes," he says, explaining that no prior knowledge is needed to get the full benefit of his demonstration. And as much as skills, he hopes to share the importance of knowing your ingredients' origins. "The more people with that understanding, the better you're going to eat," he says.

Inside South End's Atherton Market, Alyssa Wilen also uses locally-sourced ingredients to give learners an even more hands-on experience. Her two-hour Chef Alyssa's Kitchen classes fit a more traditional mold, taking students through specific recipes in creating their own meals. She and two assistants teach everything from basic knife skills to ethnic and vegan menus, even hosting week-long culinary camps for children. Still, like Barlowe, she aims to keep things simple.

"I don't want people to feel like they need the right utensil to do something," she says, explaining that she encourages her students to adapt her recipes on their own. "It's really important to me that people feel like it's approachable and that they could do it at home."

And yes, both Barlowe's and Wilen's classes finish at the table. At Heirloom, guests sit down to a chef-prepared three-course meal; at Chef Alyssa's Kitchen, the students prepare their own dinner. "Everything's hands-on," she explains. "You're doing 100 percent of the menu."

For those who would rather restrict their culinary studies to the table, consider fulfilling your Foodie 101 requirement with something more research-based. How about a stroll around a Charlotte neighborhood to pick up some great dining tips? For over four years, Feast Food Tours has been giving enthusiastic diners an in-depth view of some of the city's most vibrant restaurants, breweries and more.

Owner Kristi Martin originally dreamed of opening a bed and breakfast, combining her catering and event planning background with a love of travel. But a TV show and the subsequent discovery of food tours in Raleigh made the lightbulb go on. "If Raleigh can do it, Charlotte can do it," she says.

Her tours cover no more than two miles, with plenty of refreshment-filled stops. "Charlotte's culinary and food scene has really changed in the last five years, and there are a lot of stories to tell here," says Martin. Those stories focus on neighborhoods — NoDa, South End, Plaza-Midwood and Uptown — and are told by the chefs and artisans who come out from the back room to explain and demonstrate their trades.

"People walk away inspired," says Martin, whether it means finding a new favorite dinner spot, trying a new food, or even eating a new dish at a familiar haunt. "We all get in our ruts," she says.

If even an easy stroll around the block sounds too much like working on your day off, maybe taking a seat in one of Bob Peters' cocktail classes is more your speed. The nationally-recognized mixologist hops down from his nest at the Ritz-Carlton's Punch Room every month to lead free cocktail classes at Earl's Grocery on Elizabeth Avenue. 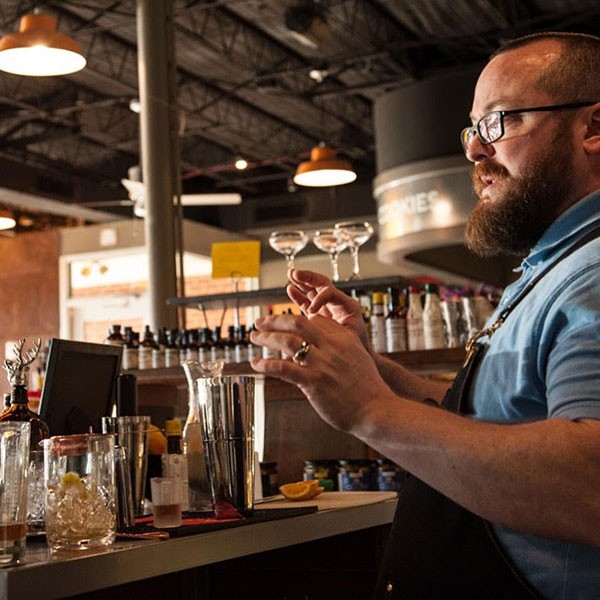 Peters has been behind the bar for 20 years, working his way from neighborhood dives to creating his own drink menus. Along the way, he's gained an appreciation for some of the unique products his home state offers, and a desire to share his discoveries. "Part of our job," he says, "is to help educate the general consumer about what's going on...to bring those things that are really wonderful to light."

Every second Saturday for the past two years, Charlotte's lead mixologist has introduced attendees to three tasty spirits and demonstrated simple but remarkable cocktails that they can mix at home. "People might not bake pastries for their garnishes at a home party," he says, "but I can teach them how to make a killer Negroni that they can [set up] before everybody gets there, so they can spend their time at the party instead of at the bar."

From the kitchen to the bar, these four experts are just a sampling of the educational delights awaiting your palate. As the holidays approach, expect even more learning opportunities to pop up. So break out the college-ruled paper, Charlotte, because you're definitely going to want to take notes.

Class is in session, so register now

• Heirloom Restaurant: Go to www.heirloomrestaurantnc.com/events. Next up is a Muddy River Cocktail Class on Sept. 17.

• Heidi Billotto Food: A regular Charlotte food celebrity, she’s got new classes in the works for October and November. Go to www.heidibillottofood.com.

• Salud! Cooking school inside Whole Foods: Offers both hands-on and demonstration classes, including a wine and cheese workshop. Go to wholefoodsmarket.com/service/salud-cooking-school-charlotte.