Local Film Fest Founder Tre McGriff Lost It at the Movies | Features | Creative Loafing Charlotte
Switch to the mobile version of this page.

Growing up, Tre McGriff always loved the old Gene Kelly, Fred Astaire-type films like Stormy Weather. "Anything with music," says McGriff, the founder of Charlotte's CineOdyssey Film Festival. But the one thing McGriff didn't see a lot of in those films were people who looked like him, telling stories he could relate to. Now, he's making moves to alleviate that problem for others. 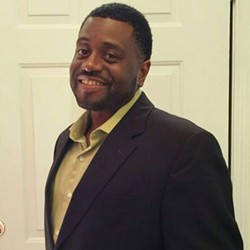 CineOdyssey, which runs from July 27 to July 30, is bringing 30 films to Charlotte that reflect the rich diversity of the New South. No musicals, but a hell of a line-up of feature films, shorts and documentaries, both regional and worldwide, all showcasing diasporas of color that are creating community in the Queen City.

Charlotte is already home to more than a dozen film festivals, each with its own niche demographic: LGBTQ, Jewish, Asian-American. But McGriff saw a particular void he wanted to fill. CineOdyssey bills itself as a one-stop film festival for films by and about people of color: African-American, Caribbean, Native American, Asian, African and more.

But everyone is welcome to be part of the audience.

"Drive down Central Avenue. That's what the festival will look like," McGriff says. "If you eat out there a lot, or grocery shop there because you want a particular spice that's not sold at Food Lion, you're already embracing that type of diversity in your life. This film festival just extends that to the big screen."

McGriff has been a fixture on Charlotte's film scene for close to 20 years, promoting the now-defunct Reel Soul events, publicizing the Charlotte Black Film Festival and acting as an extra before founding CineOdssey. He moved from Long Island, New York, to Charlotte in 1999, when there wasn't much of an established film scene locally.

"I'd read about a couple of local filmmakers doing things, but there certainly wasn't a movement for people of color at all," he says. 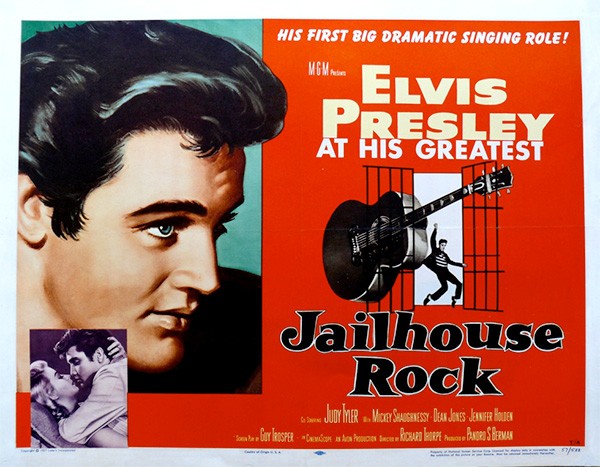 He heard about 'Wild Bill' Connolly, a former New Jersey police officer, teaching film classes out of his home in Huntersville and flashed back to his days taking courses at the School of Visual Arts in Manhattan. Through Connolly, McGriff connected with like-minded film buffs and formed an unintentionally diverse collective. Motion Concepts was made up of an Asian man, a Puerto Rican woman, a white guy and, counting McGriff, two black men. Reggie Moser, the other African-American in the collective, hails from Monroe. His feature film The Light screened at the 2008 Hollywood Black Film Festival.

"We would go around like nomads doing guerilla filmmaking," McGriff says. Nobody applied for permits, so on a music-video shoot in Myrtle Beach during Black Bike Week, they had to get creative when police began hassling them about blocking traffic.

"'You look a little bit like Robert Redford. Have you ever done any acting before?' We appealed to their egos," McGriff says, with a laugh. "Next thing you know, they had blocked the streets off for us and we had full range to shoot the video. It was pretty funny." 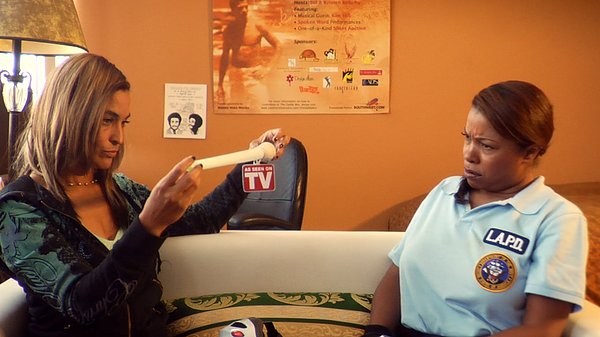 In the early 2000s McGriff met the late Dennis Darrell, originator of the Shorts in the Spirit Program; Legacy of Black Men Short Film Showcase; Twists, Dreds, Perms & Fros; the Oc Fest for visual arts, fashion and poetry; and the Reel Soul Film fest. Upon Darrell's death, the Charlotte Observer called him "the individual who most influenced independent film in Charlotte."

McGriff and Darrell's connection was instant.

"He had a vision to bring to Charlotte African-American films, mainly shorts, that you wouldn't see anywhere else," McGriff says with palpable affection. "That was like a revelation. Because the crowds that would show up for these events would pack McGlohon Theater, 700 people, on a regular basis. It was amazing just to see that number of black people there for independent cinema. It was all new to us."

McGriff would come and introduce films for Darrell with comedy or short bits. "I got the chance to act a fool a little bit. It was a great time, because you started to see a movement of films by and for people of color," he says.

When Darrell died suddenly in 2010 at 47, McGriff was distraught and discouraged. "For a while, my passion for it sort of died with him," he says. "I stayed involved on a lower level, like crowd-funding toward film projects, advising local filmmakers on locations or reading scripts, but as far as the exhibition of films, there was nobody screening local film anymore."

Two events gave him the push to begin again. Director Ava DuVernay founded Array, a film distribution company that used black film festivals to bypass the Hollywood system and show films in theaters around the country. And in 2013, the Charlotte Black Film Festival was born. CBFF founder Tommy Nichols asked McGriff to be program director.

"It was a complete disaster," McGriff says. "I'd learned a lot from Dennis and Tommy, but I didn't know how to play the game. You can't do everything by yourself."

He built relationships with local and national filmmakers, and partnered with CBFF and Array to screen the acclaimed Big Words at Studio Movie Grill. It was the first screening where he spent his own money. He made another partnership with OJU Film Collective out of San Francisco to show the documentary Iceberg Slim: Portrait of a Pimp. They both went over very well.

"I started seeing 75 to 80 people turn out at Studio Movie Grill on a Wednesday night and I said, 'Maybe something's starting up again,'" McGriff remembers.

After an amicable split from CBFF, he decided to create the CineOdyssey Film Festival.

This year, McGriff bookended the film festival with its most well-known features for opening and closing night: She's Got a Plan and Gook, which won the Audience Award at Sundance. About Korean brothers who befriend an African-American girl during the 1992 L.A. riots, Gook has drawn comparisons to Spike Lee's Do the Right Thing.

After the opening night screening at Little Rock Cultural Center, audiences are invited to a listening party at the Carole Hoefener Center, with soundtracks to Claudine, Slumdog Millionaire, Above the Rim, New Jack City, and Superfly playing while clips from those classic movies are projected on the walls. 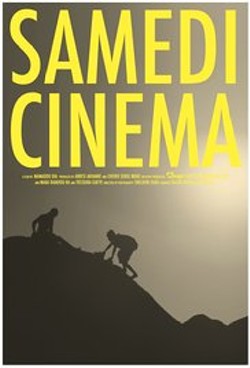 A Friday night producers' panel discussion features Chris Everett of Wilmington on Fire and native Charlottean Calvin Brown, who has produced shows for Nickelodeon and was a writer for Kevin Hart's popular Real Husbands of Hollywood TV show. Another local draw is the Spotlight Regional Filmmaker competition.

As a program director, McGriff is constantly on the lookout to find the best films he can get. He'd like CineOdyssey to be very grassroots and self-funded from the beginning, with a few corporate sponsors but not to the level of other big black film festivals.

His reasons for that are plain.

"What happens is the corporate sponsors want butts in the seats at all costs, so it puts pressure on the programming director and others running festivals to get more films that have a built-in audience or known name," McGriff says. "If Spike Lee made She's Gotta Have It today, it may not get screened at the American Black Film Festival. If you're Joe Blow with a great feature film and great but unknown actors, no matter how good your story is, you'll have a hard time getting in. Shorts, sure, but not features." 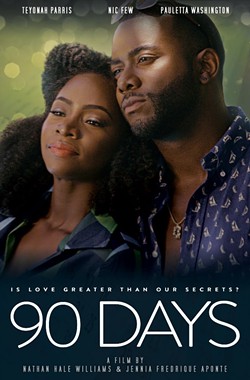 He's not immune to the pressure. One of CineOdyssey's top feature films, and a major coup for a first-time film festival, is 90 Days, starring Teyonah Parris, known for her role in Spike Lee joint Chi-raq.

"That was a pivotal moment," McGriff says. "It was the first film I got for the festival that had a name in it."

The fest features films by Native Americans, Africans, Latinos, Koreans and African-Americans. McGriff hopes building the festival this way can help the community understand that, though we're all different, we go through many of the same things.

"We worry about our jobs, how to feed our families, our health," McGriff says. "The guy in Africa still worries about his parents getting older and how he's going to take care of them. The guy in Korea still worries about walking out his door in the wrong neighborhood and getting jumped. It's universal. We need to see that, especially in this political and social climate."