Charlie King and the Queen City 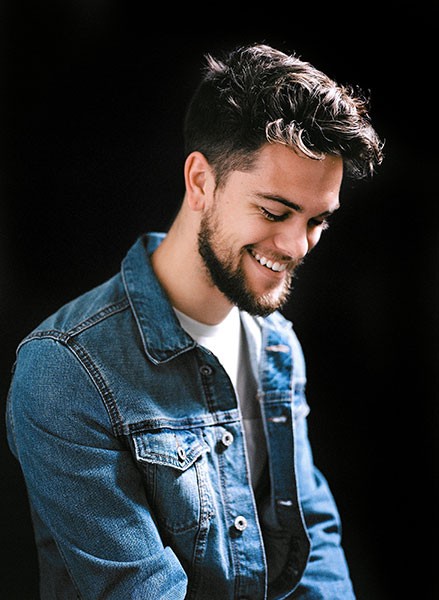 Charlie King is in love with his hometown of Charlotte.

As a folk-country singer-songwriter in a bustling concrete jungle that's unable to sustain a large crop of folk musicians, he must love this place in order to stay here.

But right now, the ebb and flow of Charlotte's music scene has left little space for folk and country singer-songwriters. This doesn't discourage King, who has hope for a rising tide of support for the singer-songwriter culture.

"Playing locally as a songwriter, Charlotte doesn't really sustain the musician quite yet," King said. "I hope that one day I can be a part of the songwriting culture in Charlotte that does cry for the songwriter enough to sustain a career on it."

The hustle of the Queen City doesn't leave much time for the slow and swaying melodies of King's music and the ethereal, floating vocals he produces.

Rather than moving to a city that has a thriving country-folk music scene, King is going to stay put in Charlotte, knowing he can still write, record, travel and perform.

"Ultimately, I'm going to be touring out of wherever I live and I'd rather tour out of here than move to some music city and try to tour out of there," King said.

But his relationship with his hometown wasn't always like this. It took him about a year and a half after graduating from University of North Carolina at Chapel Hill and coming back to Charlotte in 2013 to rediscover his feelings for this metropolis.

King's musical background is intertwined with his physical surroundings, memories of his childhood and getaway beach trips. It began when he was about 13 years old and he picked up a guitar and started to learn Johnny Cash songs.

"Country music kind of ran in my blood as a young kid," King said.

But in his early college years, he began to push back against the music he'd grown up with. That rebellion lasted until a few years ago. He returned to his folk and country roots and started to carve out a place for his music in Charlotte, despite the obstacles of navigating the music scene.

In a city dominated by alternative bands and a culture that revolves around these bands — not solo singers — it was difficult to demand attention for King's solo act.

"I'm still trying my best to navigate what it looks like to just be a solo singer-songwriter in Charlotte," King said.

"That was a big obstacle for me in the beginning, it still is. But I'm trying to get a bigger grasp on that one."

Path of the Moon, King's early 2015 release, is an album about leaving Charlotte. But it's less about the city itself and more about his memories of growing up and who he used to be.

Many of the tracks on the album were inspired by the end of the phase of his life when his hometown didn't appeal very much to him.

However, he says that's changed a bit now. King slipped away to a beach at Morehead City, North Carolina for a few days to write the album while surrounded by nature, which he described as "God's raw creation."

"Morehead City became this physical setting of a mental escape for me where I went out for a few days, was at a friend's beach house and had the ocean directly in front of me," King said. "It was just a beautiful time all together."

The result of that trip is a record that flows from one track to the next with quiet, soothing guitar rhythms occasionally accompanied by fleeting piano keys.

Writing the album was an escape for King, but also serves as a retreat for listeners.

One of his favorite songs, "I Want to See You There," opens with a subdued piano solo before giving way to floating and relaxing melodies and lyrics about heaven.

The title of the track can be read vertically from top to bottom while the lyrics are written and read horizontally.

"A conceptual poem is really what it was and I adapted it to a melody," King said of the heavenly and ethereal track.

The last track of the album, "Path of the Moon," is a little more straightforward with more simple strumming and lyrics. As King's vocals trail off after the first verse, the momentum of the song picks up and flows seamlessly into the next verse while also adding a quiet layer of percussion into the blend of music.

King said he plans another songwriting beach getaway to finish songs for another album that's too early in the works to have a release date.

After the end of a long tour last year, King disappeared into "a cave of songwriting" for six months.

Now, he's excited to emerge from that "cave" to play locally again and share some of his new songs.

He'll return to Charlotte July 2 for a performance at The Evening Muse. The NoDa venue has always welcomed him and also hosts some of his other musician friends.

"Honestly, even more than I enjoy playing The Evening Muse as a venue, I really enjoy the people that I've come to know and love at the Muse and their staff is just great," King said fondly of the cozy music spot.

"I feel it's almost like a musical family to me every time I get to see them."