Loud, proud and back: The Pride parade returns after 19 years

LGBT activists were out in full force, and protesters numbered in the single digits. 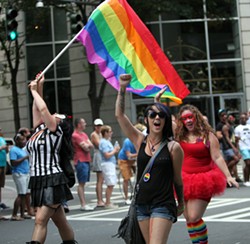 The only thing better than watching the first Charlotte Pride Parade since 1994 was getting to march in it. I had been invited to walk with the LGBT Community Center of Charlotte the day before the parade, on Saturday. I had a pair of white hot pants and a rainbow boa both ready in my closet on the off chance that someone asked me to walk in the parade. Not that I was counting on it. I just wanted to be prepared.

I made my way to Sunday's parade early to catch a glimpse of float preparations and to ask LGBT community leaders why it took so long to resurrect the parade.

"Location was a big thing. We needed to get back into Uptown, so that was the first step," said O'Neale Atkinson, director of youth services for Time Out Youth, who rode through Uptown on a pink and green float alongside LGBT youth.

"Corporate sponsorships weren't there in order to bring a high-quality parade," said openly gay District 3 councilwoman LaWana Mayfield of years past. "The groundwork has been laid over the last few years."

Pride organizers said about 80,000 people attended this year's two-day festival, including 45,000 to 50,000 onlookers at the parade alone. 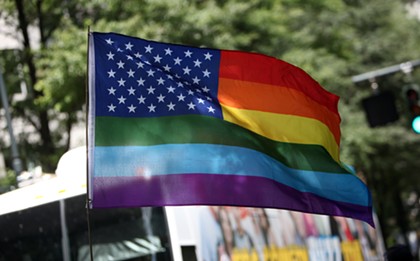 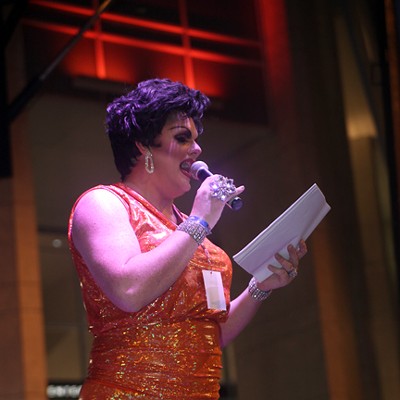 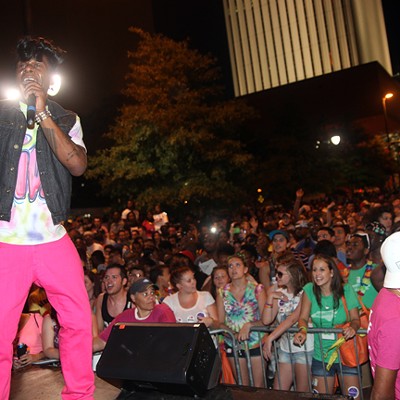 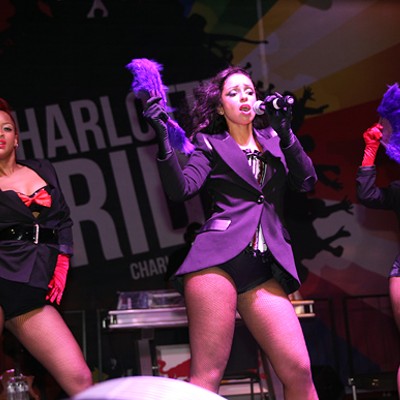 My friend Kel and I were told to meet fellow marchers at 11:45 a.m. on North Tryon Street between 9th and 10th streets. Glenn Griffin, the new operations director of the LGBT Community Center, joked that only a Pride parade would start at 1 p.m. on a Sunday, because everyone was still tired from the previous night's parties.

At about 1 p.m. the parade was nearly ready to begin. Wearing a bold rainbow sash, Janice Covington, the first transgender Democratic National Convention delegate from North Carolina last year, made her way onto the trunk of a convertible. Motorcyclists revved their engines.

Then I spotted Jennifer Roberts in the parade staging area. The former Mecklenburg County commissioner and District 9 congressional candidate donned brown sandals and a navy sundress. I asked her to walk with us since she was not scheduled to march with anyone in the parade. She happily obliged and roamed around the stage area in search of Pride accessories. She returned 15 minutes later decked out in a small yellow boa and a red face mask from the Gore Gore Luchadores, a group of women who wrestle in fake blood for charity.

Along the route Roberts shook hands and repeated, "Be who you are!"

Protesters numbered in the single digits. One elderly man held up a Bible while wading through the parade area. I wished him an extra enthusiastic "Happy Pride."