Shindig returns for a fourth haunting 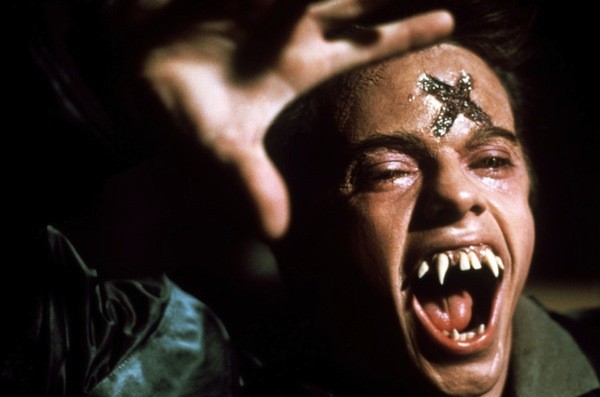 "To a new world of gods and monsters!" toasted Dr. Pretorius (Ernest Thesiger) in the 1935 horror classic The Bride of Frankenstein, a sentiment that comes up lacking when discussing Charlotte's Mad Monster Party. Created by California kids Eben McGarr and Joe Moe, this annual event, back in town for the fourth time, indeed offers visions of new horizons in horror, whether through the flicks premiering at the Mad Monster Party Film Festival, the crowning of the 2015 Miss Scarolina (a twist on the commonplace beauty pageants), or the little boys and ghouls — excuse, me, girls — who will be introduced by their hip parents to the sights and sounds (and screams) of this most enduring of film genres. Yet in most regards, MMP offers peeks at the old world of gods and monsters, allowing attendees to wallow in nostalgia — first by perusing and purchasing memorabilia tied to the films that have thrilled and chilled them throughout the decades, and then by having an opportunity to actually meet many of the stars of those classics of yesteryear. Here, then, is a sneak peek at but a few of the many activities that will take place over one hair-raising weekend.

Holy Once-in-a-Lifetime Opportunity, Batman!: Adam West and Burt Ward, Batman and Robin on the beloved television series from the 1960s, will be among the celebrities taking part in this year's event. In addition to offering autographs (remember, all the celebrities charge for their scribbles, so load up that wallet if you want any moments captured for posterity), the dynamic duo will also take part in daily photo ops as well as a panel discussion on Saturday. 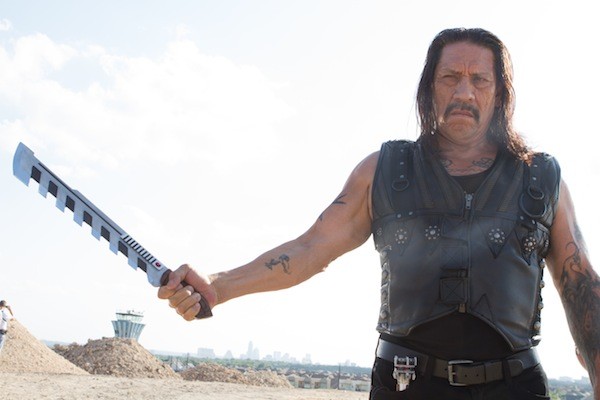 Machete Don't Text: But he does sign. Danny Trejo, whose vast filmography includes the Machete movies, Desperado, A Very Harold & Kumar Christmas and Muppets Most Wanted (where he plays a gulag prisoner named ... Danny Trejo), will likewise be signing autographs and holding daily photo ops; he will also take part in a Q&A on Sunday. I gotta admit, this is my pick for the most exciting celeb at this year's event, and while I've never been an autograph collector, I'm tempted to have him sign a photo: Since the Machete flicks found him uttering "Machete don't text" and "Machete don't tweet," I'd want him to sign, "Machete don't twerk."

Oh, What a (Fright) Night: Fans of 1985's Fright Night will be delighted with the film's presence at this year's MMP. A whopping seven people involved with that production — actors Chris Sarandon, William Ragsdale, Amanda Bearse, Stephen Geoffreys, Art Evans and Jonathan Stark, and creature designer Steve Johnson — are all on hand to take part in a 30th anniversary panel discussion Saturday. (Sarandon will also join Alex Vincent for a Child's Play panel discussion on Sunday.) And then on Saturday night, all the actors — plus MMP guests in attendance — will take part in the BREWster's Fright Night Drinking Game, wherein the performers will stage a live reading of the film's script and whenever certain buzz words are spoken, audience members have to take a shot. And so the poor actors won't feel left out, whenever someone says their character's name, that person has to take a drink! OK, how cool is this?

Live The Movie!: The Fright Night festivities don't end there, as Geoffreys (who played Ed/Evil Ed) will be one of three celebs taking part in photo ops featuring full makeup and costume. As MMP co-creator Joe Moe explains, "The photo ops are really separating us from the other cons. The ops are full character (makeup, costume and some props), green screen photos (with a clever themed background comped in) taken by a professional photographer and printed for attendees, who can then pay to have them autographed if they wish. We also provide free digital files for free. It's the closest thing to getting in a time machine and standing next to your favorite monsters on the set of your favorite movies." But, Moe warns, "These are selling out. We do accept walk up purchases, but those are severely limited by the set times. Presale tickets are encouraged." 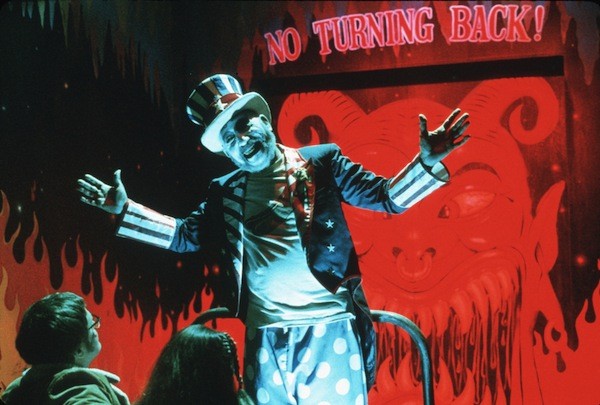 Leather and Face: Besides Fright Night's Stephen Geoffreys, the other two gents who will participating in these unique photo ops are Sid Haig, dressed up as Captain Spaulding from House of 1000 Corpses and The Devil's Rejects, and — drumroll, please — Gunnar Hansen, wearing his ragged Leatherface outfit from The Texas Chain Saw Massacre.

He'll Still Tear Your Soul Apart: Doug Bradley, who played the demonic Pinhead in numerous Hellraiser flicks, will hold a Q&A session titled Raising Hell. Certainly, one of the most heavenly ingredients at MMP is the emphasis on the Q&A chats and panel discussions, all of them free and all offering fans prime opportunities to engage with their cinematic heroes. In addition to the ones already mentioned throughout this article, look for more panel discussions and Q&A sessions featuring Charles Fleischer (the voice of Roger Rabbit), Naomi Grossman (Pepper on TV's American Horror Story), Tobin Bell (Jigsaw in the Saw franchise), Alan Oppenheimer (the voice of Skeletor on TV's He-Man and the Masters of the Universe) and many more.

Forry Lives!: Moe makes sure to include an annual tribute panel discussion centered on the late Forrest J Ackerman, former Famous Monsters of Filmland editor, sci-fi guru, and all-around great guy. I was honored to serve on the 2013 panel alongside Moe, Metallica guitarist Kirk Hammett, Skinny Puppy vocalist Nivek Ogre and others; be there at 9:30 p.m. Friday to see who Moe has lined up for this year's tribute.