Making the grade: Higher education at the movies | Features | Creative Loafing Charlotte
Switch to the mobile version of this page.

Making the grade: Higher education at the movies

For those wondering which college-themed films pass with flying colors and which prove to be the celluloid equivalent of a dunce cap, here's a handy checklist of several school-set stories that run the gamut from A+ to F. All are readily available to rent or buy on DVD, but CL University will not be offering extra credit to anyone who shells out the dough to peruse these pictures.

A+ The Freshman (1925). A silent classic. Convinced that he can only become the most popular person at his college by joining the football team, a cheerful go-getter (Harold Lloyd) is proud when he reaches his goal... little realizing that he's actually been picked to serve as the team's water boy. 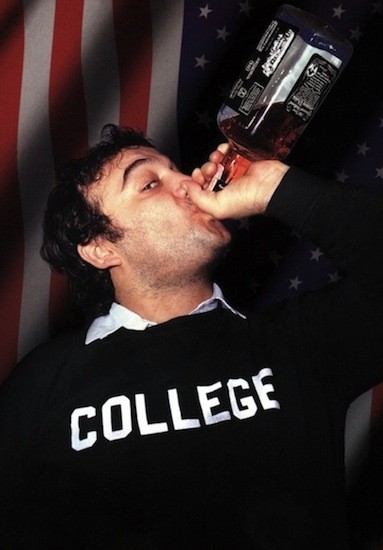 A National Lampoon's Animal House (1978). It's the slobs vs. the snobs in this comedy that introduced the world to Bluto Blutarsky (John Belushi) and birthed such lines as "Christ, seven years of college down the drain!" and "Fat, drunk and stupid is no way to go through life, son."

B+ Back to School (1986). A self-made millionaire (Rodney Dangerfield) who returns to college to help his son (Keith Gordon) ends up spending more time partying than studying, all while delivering quips like "The football team at my school — they were tough. After they sacked the quarterback, they went after his family."

B Love & Basketball (2000). Because the relationship between its leads (Sanaa Lathan and Omar Epps) spans years, only a portion of this film is actually set in college. But because many students will experience their first real blush of romance during this period, it would be neglectful not to include one superlative love story on this list. 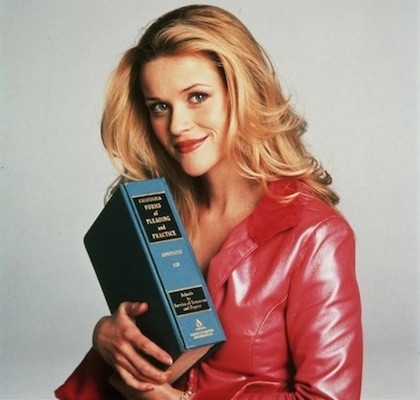 B- Legally Blonde (2001). Shallow sorority girl Elle Woods (Reese Witherspoon) learns all about life, liberty and the pursuit of a higher education as she heads off to law school. "You got into Harvard Law?" she's asked. "What? Like it's hard?"

C Mona Lisa Smile (2003). An open-minded art teacher (miscast Julia Roberts) arrives at Wellesley College in 1953, ready to change the world to the chorus of "carpe diems." Instead, she's shocked to learn that her students plan to never use their education, opting instead to become housewives. A waste of a good premise.

D+ Road Trip (2000). Several college kids embark on the title trek, and Tom Green plays a character named Barry Manilow. It's hard to believe there was ever a point in American history when scores of people thought Tom Green was funny. 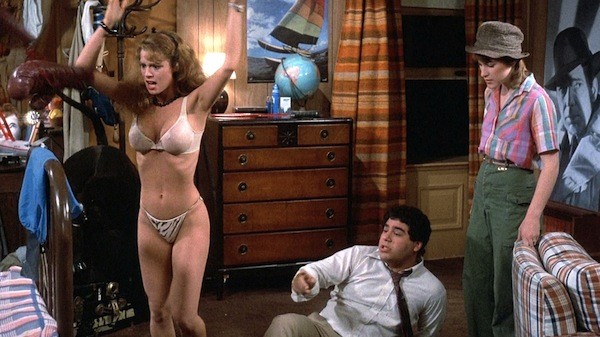 D Private School (1983). A group of college guys dress up in drag in order to check out the shower action at an all-girls academy. Yes, this is but one of the infinite number of low-end teen sex comedies that blanketed the '80s.

D- The Allnighter (1987). With her mom in the director's chair, Susanna Hoffs (lead singer of The Bangles) landed her first — and last — starring role in this disaster about three college friends (Hoffs, Joan Cusack and Dedee Pfeiffer, Michelle's sister) and their final night before graduating.