Man of Steel: It's a bore! It's a pain! It's Stuporman! | Reviews | Creative Loafing Charlotte
Switch to the mobile version of this page. 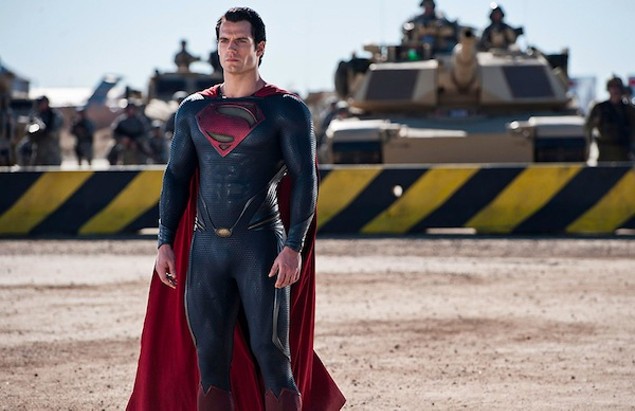 Who could possibly have imagined that Man of Steel, the latest attempt to reboot the Superman franchise, would be an even less satisfying superhero saga than such critically dismissed efforts as Daredevil, Green Lantern and (yikes!) The Green Hornet? It's one massive superbore, with a solemnity so crushing that it makes those earnest Biblical epics from the 1950s and '60s seem like a Marx Brothers romp by comparison.

Certainly, some will (wrongly) argue that this post-9/11 era has no room for such lighthearted superflicks like 1978's Superman, which still ranks as the greatest superhero movie ever made. But even such yarns as The Avengers and the Iron Man trio, with all their nods toward world destruction and terrorists (or supervillains) seeking to curtail our freedoms, exhibit a sense of joy in the filmmaking, while the sagas that do wallow in the nihilism, like Christopher Nolan's Dark Knight Trilogy, have enough gravitas and dramatic heft to warrant such treatment. Man of Steel, for its part, offers nothing but torturous exposition, heavy-handed symbolism, criminally ill-used actors and a numbing finale that would be right at home in a Transformers sequel.

For what it's worth — and it ultimately isn't worth much — Man of Steel tackles the familiar origin story from a different angle than what might be expected. Jor-El (Russell Crowe) still anchors the first reel, futilely warning his fellow Kryptonians that their planet is doomed and they must evacuate before it's too late. And General Zod (Michael Shannon) and his band of misfits still turn up and are eventually hurled into the Phantom Zone, although the interesting twist here is that Zod and co. aren't merely murderous egotists but well-meaning anarchists who seek to overthrow the doddering bureaucrats (Occupy Krypton?). Unfortunately, Zod's means aren't peaceful — no sidewalk sit-ins for him — and before he's imprisoned, he swears to track down Jor-El's baby boy, who's been hurled into space in advance of the planet's demise.

That son, of course, is Kal-El, who lands on Earth and is raised by farm couple Jonathan and Martha Kent (Kevin Costner and Diane Lane) under the name of Clark Kent. Clark understandably feels like an outsider all the time, and he's anxious to use the awesome powers he keeps bottled up inside. But Jonathan instructs him to resist the urge, and this advice is largely what leads the adult Clark (now played by Henry Cavill) to wander the backroads with no real purpose, a bearded laborer who takes any job he can find (these scenes, combined with Clark's shaggy whiskers, bring to mind Hugh Jackman's wanderings in X-Men and X-Men Origins: Wolverine). It isn't until he meets reporter Lois Lane (Amy Adams) and squares off against the newly arrived Zod that he begins to find direction in his life. And just to ensure that everything goes according to cosmic plan, the ghost of Jor-El pops up on occasion, doling out advice like some ethereal Obi-wan Kenobi. 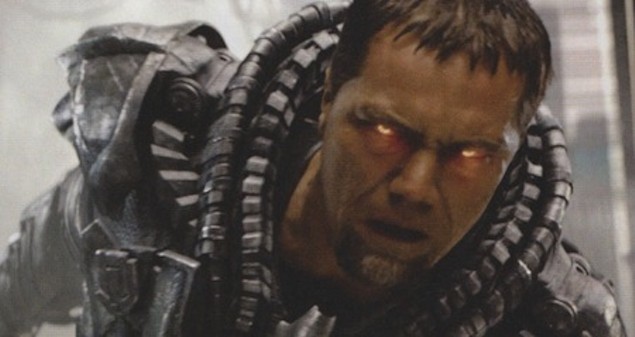 There's a strong possibility that Man of Steel might be the dullest superhero saga ever filmed. It's not lacking in action, but it's endless and uninspired, with director Zack Snyder (300, Sucker Punch) maxing out the studio's credit cards by shooting as much CGI bombast as the hardware could handle before sparking and catching on fire. The scenes that rely on dialogue are no better, with the good guys prone to speechifying and the bad guys reduced to spouting haughty cliches. Of all the actors, poor Costner has it the worst of anybody: Playing a character whose righteousness would put Gandhi to shame, he's never allowed to utter anything remotely natural, instead delivering every line as if he was reading from a stack of fortune cookies. It's a pity, because he's the most perfectly cast performer in the entire production, with Crowe placing a distant second (like Costner, he has to struggle with a sizable number of unwieldy lines). Adams, a great actress, is curiously ineffectual as Lois Lane — while an improvement over Superman Returns' Kate Bosworth (heck, even RuPaul would be an improvement over Bosworth), she possesses none of the manic energy or insatiable curiosity of Margot Kidder's intrepid reporter in the Christopher Reeve entries. And until this film, I thought it was impossible for Shannon to deliver a weak performance, but he's drastically miscast as General Zod, reducing this towering figure of evil into the equivalent of a slobbery bulldog irritated by mange.

All might be forgiven had the role of Superman/Clark Kent been cast with the right actor, but Cavill is a complete dullard, bereft of any trace of wit or charisma. Much of that might be due to the efforts of the writers (unbelievably, the Dark Knight team of Christopher Nolan and David S. Goyer) to repeatedly present the character as Christ incarnate (the movie's a Where's Waldo? of Biblical proportions, with Jesus references lurking behind every act), but even in the more relaxed scenes opposite Adams, Cavill is more supermodel than Superman. Forget Christopher Reeve comparisons: Cavill doesn't even come close to measuring up to Superman Returns' Brandon Routh. And while we'll have to wait for the sequel to fully measure his effectiveness at playing the nerdy, bespectacled Clark Kent, his brief appearance in this capacity unfortunately stirs memories of The Amazing Spider-Man, where the makers merely slapped a pair of glasses on Andrew Garfield and asked us to accept this hunky, in-crowd kid as a geeky outsider.

Then again, the inability of Clark's glasses to disguise his true nature is an apt metaphor, since it doesn't take 20/20 vision (or 3-D glasses) to see that this Man of Steel is one leaden endeavor.