A line in the sand 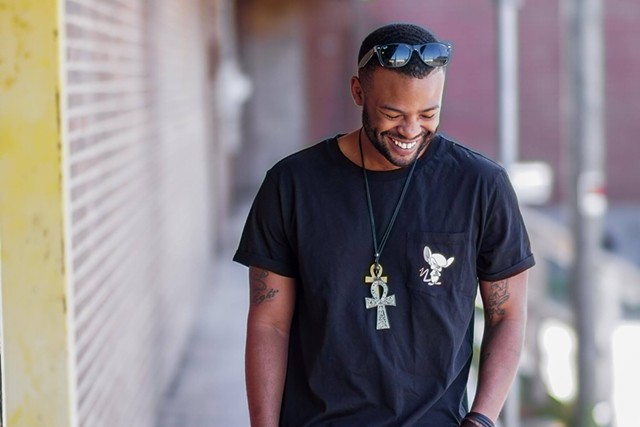 There was a moment in time when Mason Parker actually considered giving it up.

On August 27, 2010, Parker lost his mother on the same day he was fired from his job as an Allstate Insurance agent. He would inherit his mother's home, along with the responsibility of paying it off.

Since Parker began banging on his mother's piano and dancing at talent shows at the age of 4, he had been chasing the dream of being a performer. At age 11, around the time he moved to Charlotte, he added rap and spoken word to his repertoire. By the time of his mother's death, he was a respected rapper, poet and actor in the Queen City, but was still struggling financially.

The new father of two felt pressure from friends and family to drop the artistic aspirations and pursue a more stable lifestyle. So he set himself a deadline: if in three years he wasn't able to support himself financially through his art or hadn't received a sign that this was the life meant for him, he would put it aside.

Fast forward to the day of deadline: August 28, 2013. Parker was sitting in a plane on a runway in Edinburgh, Scotland, after acting in Charlotte-based OnQ Productions' Miles & Coltrane at Festival Fringe, unsure whether he would continue his career in the arts when he returned home. While on the plane, Parker received an email from Creative Loafing informing him that he had won Best Rapper in the upcoming 2013 Best of Charlotte issue.

"At that point I realized, I need to keep going," Parker says now, just two weeks from jetting off to Los Angeles, where by the end of 2017 he'll release his first full-length album, FREE Mason, under EightyNineTen Music, a record label he signed with earlier this year.

Before his departure, Creative Loafing catches up with the artist formerly known as Quill to discuss the new album, the Charlotte scene and why he felt he had to move on.

Creative Loafing: You recorded a video for "Run This Town" in 2015 that really showed love to Creative Loafing and shouted out a bunch of folks in Charlotte. You strike me as someone who finds it important to spread that sort of love.

Mason Parker: It makes me happy because I see that it makes people happy. You can't forget about the people that elevate you. I wasn't expecting that Best Rapper award, but you think I don't put it on every bio I write? You helped me get on BET, you helped me get on Revolt, you helped me get all these different places, whether you realize it or not, directly or indirectly. It's only right that everybody I can manage to touch in some kind of way on my way up, I'm gonna do that.

Up until January 2016, you were known around the local rap scene as Quill. Why the change?

And then on the personal side, it was really just embracing the fact that like, everybody used to say, "Yo, do one thing, do one thing," as I do so many things as far as the acting and spoken word and all that stuff. I just got tired of trying to separate it, and I realized that for my own sanity, I needed to realize that Quill and Mason are the same person.

Oftentimes, being a man with talent is kind of like being a woman with a really nice body. You never really know exactly what angle somebody is coming at you from. And when I say that, I mean people who are more attracted to your on-stage persona than who you actually are. For my own sanity, I had to stop trying to separate those two.

What's that like for you, as far as balancing all of your art. Does it get overwhelming? Do you ever get the urge to just focus on one thing?

You've mentioned that already a couple times. Why is it that people want to pigeonhole you?

Most of the time it's management and people like that, because it makes it easier for them. Because to them, it seems like you're all over the place, but in you're mind, you're an artist, so it makes perfect sense to you. It's like when you know somebody whose room is a mess but it's an organized mess, so they know where everything is at. We all know somebody like that. My mind is kind of like that, and of course I need a team around me that can help me organize those thoughts and streamline them and make sense of them. But I don't need to focus on one thing, I need to figure out how to amalgamate all the things that I'm doing.

What happened was, I've been doing it long enough where it went from, "Hey, try to focus on this, try to focus on that," to now what I've always been trying to do is the hot thing to do. To anybody out there, I encourage you, you could spend your entire career trying to chase a sound, or you could just do you until the industry catches up. Think of the most asinine artist you ever heard of, he found a following, so why can't you? The internet is like the biggest corner you could pitch off of. 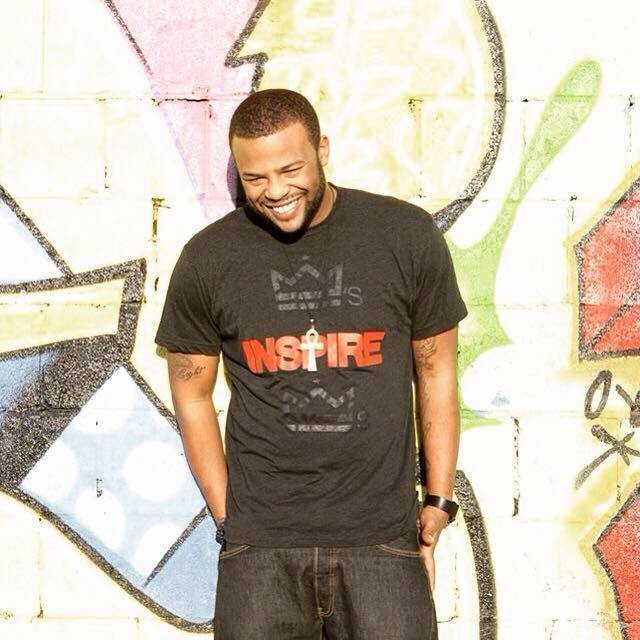 What can people expect from FREE Mason?

FREE Mason is going to be my best, most contemplated work to date. When I say contemplated, I'm always introspective, I'm always real reflective, but it's like a real complete body of work. Prince said it all when he said, "Albums aren't dead." It's something that you can ride to all the way through. It's got all the ebb and flow you need. It's going to take you through the whole gamut of the emotional spectrum. That's all you can ask for in my opinion from a classic project. If you go through the history of everything that's ever meant anything, they all bring those things to the table. So if you rock with how I do what I do, then you're going to really like this joint.

Why the need to leave Charlotte?

The fact of the matter is that Charlotte is still trying to become a media hub, and so it's very hard as an artist to make a living fulltime here because of that. In a place like L.A. or a place like N.Y., I can get on Craigslist right now and get me $500 real quick. I can't do that like that here, and that's just the fact of the matter. It's not a shot, it's just the way it is. But if you want to be in banking or healthcare, you're good here.

You'll be dropping a new single, "Lines in the Sand," at your farewell pary at Hattie's on Sunday night. What's that about?

"Lines in the Sand" is kind of like my farewell to Charlotte. Basically, it's just talking about a lot of stuff that I just hit on when you asked me about leaving Charlotte. It kind of sums up the scene, honestly. And if you're plugged in at all, you really have no choice at all but to agree with me.

The line in the sand in essence is basically, there's us and there's them — point, blank, period — especially when it comes to hip-hop. It's not no slight against anybody or whatever, but it's a discernible difference between what we do and why we do it. There's different aspects of the culture. For every Flavor Flav, you need a Chuck D. For every Diddy, you need a Russell Simmons. There's got to be two opposite sides of the coin always. You always got to present the people with a choice.

Right now, nationally speaking, there's only one thing that represents Charlotte. Or only a few things, I would say. But when I say one thing, I mean it's kind of only on one side of the genre. You've got trap and all that, but there's also like the conscious; the Lupe Fiascos and Talib Kwelis of the world, the J. Coles of the world. I've done songs with people who I consider to be on the other side of that, like Deniro [Farrar], so it's not an us vs. them thing, it's just an us or them thing. Sometimes I bump Future hard as shit, and some times I want to play some Bob Marley. It's really just to offer the people an option.

Any parting words for the Charlotte hip-hop heads while we're still on record?

I think a lot of the time, hip-hop doesn't get love in this city because people lump it all into one thing. But they'll be quick to use it to sell stuff or to market stuff. It's just funny to me how if Blumenthal wants to do hip-hop it's all good, but if a promoter wants to do hip-hop, it's not a question as to what kind of hip-hop it is, there's no further discussion, it's just like we're going to lump y'all in with everybody else. It's kind of interesting to me.

That in itself is the problem with Charlotte. But it's also one of the things that made me love Charlotte because if you can get past that, you can make it anywhere. You're prepared for L.A. and N.Y., you just don't realize it. Especially if you're really truly talented, because there's an abundance of mediocrity out this bitch. If you can sift through all that and keep your head on straight, stay focused, then yeah I encourage anybody out here to hold on to that dream and keep chasing it wherever it takes you.

Charlotte's always going to be home. As long as you bring that shit back home and make sure Charlotte benefits wherever you go.