Screaming while streaming | Features | Creative Loafing Charlotte
Switch to the mobile version of this page.

With Halloween right on top of us, it's Netflix Streaming to the rescue. Here, in alphabetical order, are 10 recommendations currently in rotation and available for screening from your TV and/or computer. 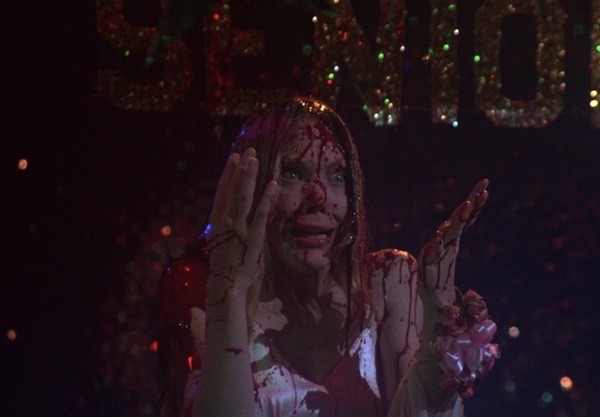 CARRIE (1976). Director Brian De Palma's adaptation of Stephen King's novel is one of the great horror classics of the past half-century, as well as marking one of those rare occasions when the movie is actually better than the book. Sissy Spacek deservedly earned an Oscar nomination as Carrie White, a reclusive teenager who's tormented by both her classmates and her unhinged, Bible-thumping mother (fellow Oscar nominee Piper Laurie). But when she discovers that she possesses telekinetic powers, matters really begin to heat up. Nancy Allen and John Travolta are memorable as the cruelest of Carrie's tormentors.

INVASION OF THE BODY SNATCHERS (1978). The 1956 classic remains the best of all adaptations of Jack Finney's novel The Body Snatchers, but this more than qualifies as a respectable remake. Donald Sutherland plays a San Francisco health inspector who notices that other people are behaving strangely. This is a typical example of the post-Watergate paranoia thriller omnipresent throughout the '70s, specifically warning against the dangers of the right-wing way of thinking: conformist, self-centered and unfeeling toward others (Sutherland even jokes that a pod person is exhibiting the characteristics of a Republican).

MYSTERY SCIENCE THEATER 3000: THE UNEARTHLY (1991). Horror the MST3K way! John Carradine is the top-billed star of 1957's The Unearthly, although it's Tor Johnson who's fondly recalled whenever bad-movie buffs discuss this picture. Carradine merely plays the usual mad scientist whose botched experiments on humans naturally leave him with a cellar full of misshapen monsters. Tor, on the other hand, plays the dim-witted manservant Lobo — not a stretch, of course, but he is the one who gets to utter the immortal line, "Time for go to bed."

NOSFERATU (1922). The best vampire movie ever made, this silent German masterpiece possesses a strain of sheer dread not captured by any subsequent bloodsucker flick. Credit for that achievement goes equally to director F.W. Murnau, whose expressionistic approach employs shadows to amazing effect, and actor Max Schreck, whose Count is a frightening, rat-faced creature. For a classy double feature, watch this film chased by 2000's Shadow of the Vampire (also on Netflix Streaming), starring John Malkovich as Murnau and Willem Dafoe (in an Oscar-nominated turn) as Schreck, who turns out to be a real vampire!

ROSEMARY'S BABY (1968). Roman Polanski's first American effort emerged as one of the finest chillers of its decade and still serves as a touchstone of the modern horror film. Mia Farrow gives a career-best performance as a pregnant woman who comes to believe that Satanists are after her unborn child. A movie that builds momentum through its deliberate pacing, this not only functions as a supernatural thriller but also predates many psychological works that tap into the universal fear of having your own body rebel against you. Ruth Gordon snagged the Best Supporting Actress Oscar for playing a nosy neighbor. 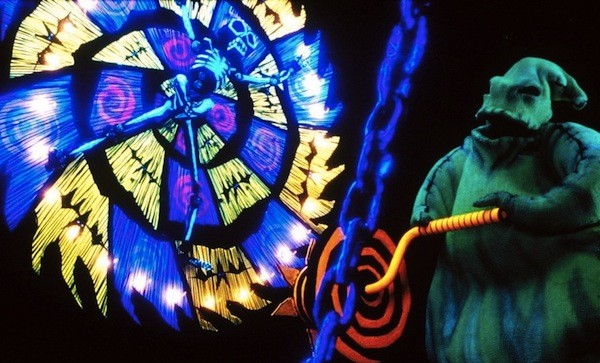 TIM BURTON'S THE NIGHTMARE BEFORE CHRISTMAS (1993). This fan favorite is a wickedly smart tale about the mayhem which ensues when Halloween and Christmas bump up against each other. On a visual level, the movie qualifies as poetry in stop-motion, as Tim Burton (credited as creator and co-producer) and director Henry Selick take this infrequently used facet of animated artistry to giddy heights. Danny Elfman presents a melodious song score and also provides the singing voice for Jack (Chris Sarandon handles dialogue duty).

TROLLHUNTER (2010). In this Norwegian import, three amateur filmmakers follow a reclusive hunter who claims he's tracking actual trolls. Although armed with a sense of humor — stick through the end and you'll see a credit that reads, "No trolls were harmed during the making of this film." — the picture doesn't skimp on the occasional thrills, particularly during a segment in which the group is pinned down in a cavern by a group of slumbering trolls. Yet what's most entertaining about the movie is the manner in which it draws from established fairy tales and folklore to paint its larger-than-life monsters.

TUCKER & DALE VS. EVIL (2011). Even folks who generally shy away from gorefests will appreciate the dark humor, surprising plot pirouettes and, most shockingly, developed characterizations in this small gem. Harmless good ole boys Tucker (Alan Tudyk) and Dale (Tyler Labine) are assumed to be backwoods killers by snotty college kids, and the heightened miscommunication between the two factions eventually results in corpses canvassing the woods. The actors are game (Labine stands out as the sensitive Dale), the laughs are plentiful, and the wood chipper stays busy.

THE VAMPIRE LOVERS (1970). This Hammer Films adaptation of Sheridan Le Fanu's classic 1872 novella Carmilla turned Ingrid Pitt into an overnight genre star by casting her in the central role of a vampire with decidedly lesbian tendencies. With her penchant for buxomy beauties, she first overcomes Laura von Spielsdorf (Pippa Steele), the daughter of a respected Austrian general (Peter Cushing), before setting her sights on Laura's even more enticing friend Emma (Madeline Smith). Some clumsy plotting works against the film's total success, but even Hammer's lesser efforts in this, uh, vein are generally watchable.

WHITE ZOMBIE (1932). Cinema's first zombie flick stars Bela Lugosi as the curiously named Murder Legendre, who, through a special potion and his own mastery of mind control, turns people into mindless slaves for his Haitian sugar mill. The supporting cast is awful — at least marquee draw Lugosi is entertaining in his hammy inclinations — and the low budget dictates a few moments worthy of MST3K ribbing. But the production values aren't compromised at any point: The atmosphere of dread is pungent, the use of sound is inspired, and the makeup by Carl Axcelle and the great Jack Pierce is minimal but effective.