'If You Are But a Dream' 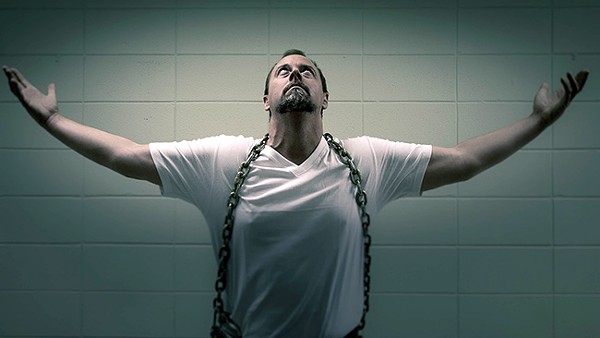 With a king who tries futilely to outwit fate, and a wrongfully imprisoned prince who has time — and fate — on his side, Pedro Calderon de la Barca's Life Is a Dream hearkens back to a couple of revered Greek tragedies, Oedipus Rex and Prometheus Bound. First produced in 1636, the script also bears earmarks of Shakespeare's most mature dramas, works like The Tempest and King Lear, where the Bard ponders questions about nature vs. nurture and "elemental man."

Mixing in a faceoff between free will and predestination, Life Is a Dream stands as one of the two most-anthologized plays from Spain's Golden Age. Anthologists casually refer to the piece as a drama, but the more thoughtfully considered entry in the Reader's Encyclopedia of World Drama describes Calderon's masterwork as "a metaphysical problem play."

Screw that, says Shakespeare Carolina director S. Wilson Lee. He will tell you — and remind his cast of actors emphatically — that Life Is a Dream is a comedy.

That is... if that ending is real.

At a key turning point in this "comedy," King Basilio of Poland allows his son Prince Segismundo, imprisoned since birth, to come to the royal court. It's a test of an astrologer's prediction that Segismundo, if allowed to live and reign, would be the ruin of the kingdom. Brought up as an isolated savage, perpetually in chains and dressed in animal pelts, Segismundo is a fairly sure bet to fail any test of readiness to rule.

Basilio has planned well what he would do if his son misuses the reins of power. He'll see to it that Segismundo is drugged, transported back to his mountainside dungeon, and assured that his royal misadventures were nothing more than a dream. Whether that's cruelty or comedy, this whole truth-or-illusion strand that runs through Calderon's script is very modern.

Lee is taking it further. The dream-state aspects of Segismundo's journey will serve to heighten the comedy. "Living the Dream or Dreaming the Life... whatever," he says, will be more than a mantra for Shakespeare Carolina's production when it opens at Duke Energy Theater on April 19 — it will rule Lee's design concept. King Basilio will be living the life with a modern flair, crowned with the Rat Pack aura minted a generation ago by Frank Sinatra, Dean Martin and Sammy Davis Jr.

"The look of the piece," Lee says, "is a kind of 'Wild Ones meet the Rat Pack.' Most of the locale of the production takes place in Basilio's Place, a happening lounge in Poland, Nevada. Also, the strangers, Rosaura and Clarin, come from Moscow, Pennsylvania. King Basilio is in the process of handing over his rule to the next 'head of the family.' Remember, though, this could all be Segismundo's dream!" 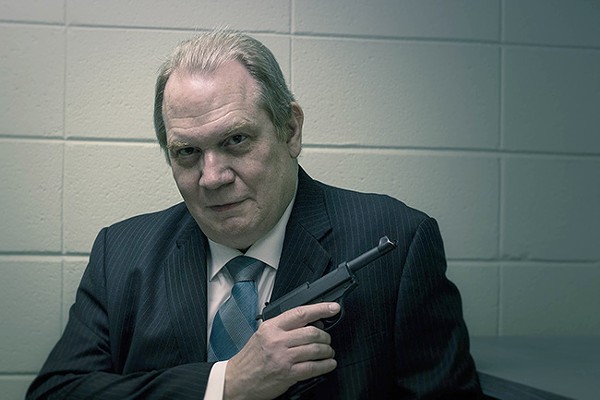 Lee intends to bring the audience into the dreamy action inside the Spirit Square theater. Cast members will address the audience during the show, and special seating will be available onstage at four lounge tables that will put eight of Shakespeare Carolina's guests — two per table — in the middle of the action.

In this royal tale of turmoil, father and son are both attention-grabbers. Though brought up in a cave with the humblest clothing, Segismundo isn't exactly a clone of Shakespeare's Caliban. He has a caretaker, Clotando, who tutors him a bit, and it's Segismundo's natural depth and probity that sets him heroically apart. In the first speech he utters, he tells us that mankind's greatest sin is being born, a line that endeared Calderon to no less of an absurdist playwright than Samuel Beckett himself.

Veering from savagery to such sublime speculation — the prince soon questions whether he was born — Segismundo spans an astonishing range of moods.

"This was easily the hardest role I have ever prepared for," says David Hayes, a Shakespeare Carolina mainstay since 1998. "Segismundo is dancing back and forth across a very fine line between madness and sanity — to the point where my own perception got a little skewed during this process. Stan [the director] has been a key component to reining me in or removing my 'chains.'"

To a certain extent, Hayes must not only take ownership over the full range of Segismundo, the dreamer, but our experience as well.

"Isn't that what a dream really is?" Hayes hints. "A chaotic onslaught that blurs the lines of reality. That's what this is."

Counterbalancing that Marlon Brando biker persona is King Basilio as Vegas slickster. Lee is telling Russell Rowe, who plays the part, to think Frank Sinatra. Enjoying life at the top and thinking he has outwitted fate, Basilio isn't ready to let go.

Rowe doesn't see much of a character arc in this swinging king. "It is more of a slope," he says, "a descent from an exalted state to a more humbled one. This downfall encompasses both roles as king and father, since the threat to his kingship is coming from his own son. After the descent, of course, there is the brief but powerful upturn at the end, as Basilio learns the difficult lesson that he can only get what he wants by giving up trying to get it."

Of course, Segismundo doesn't really know what he wants when we first meet him, because he has no idea yet who he is. The action is kickstarted with the arrival of Rosaura at his secluded prison, a woman — disguised as a man — who very much knows what she wants. She is fiercely in pursuit of the man who jilted her, but we soon realize her similarity to Segismundo. Rosaura has also lived a long time without being aware of her true identity.

It's a twisty plot when we arrive at Basilio's lounge, with l-o-o-o-n-n-g speeches every step of the way. Lee is confident that the new translation eases the complexity and floweriness of Calderon's text, helping to pave the path toward his intent of imposing a comedic style on the action. The transgender translator, Jo Clifford (nee John Clifford), was presumably most enamored with Rosaura, who openly speaks of herself as a man and as a woman in the same speech during the Act 3 climax.

In her disguise, Teresa Abernethy gets to be one of the boys from the outset. But she doesn't have to arrive on horseback. Nor is her opening line, "Dash off, wild hippogriff," the same as it was in an older translation.

The roughest ride for Rowe and Abernethy has been reining in the tempestuous temperaments of their characters.

"Rosaura is fueled by passion," Abernethy says, "which propels her inner conflict. Emotion is a beast that can drag us to all sorts of domains, but for Rosaura, she is all in — willing to die for her honor. My own conflict is not floating away to Rosaura's coursing elements of shame and still participate in this play that is a comedy."

Lee is pulling hard to keep it that way. The director wants this Shakespeare Carolina production to engage us in the bigger questions Calderon plays with — without bogging us down in them.