The Oscars: Art for The Artist's sake | Features | Creative Loafing Charlotte
Switch to the mobile version of this page.

The Oscars: Art for The Artist's sake 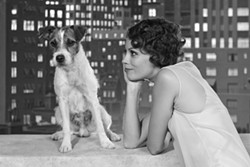 Harvey Weinstein has been behind some of the greatest movies of the past quarter-century. He's also been behind many of the biggest headaches come Oscar night.

Weinstein's Miramax Films basically jump-started and maintained the modern indie movement thanks to such efforts as The Piano, Pulp Fiction, The English Patient and Chasing Amy. Like George Lucas with the Star Wars franchise, he would be considered a cinematic god if he would just bask in his genius and leave things alone. But over the years, first with Miramax and now with The Weinstein Company, he's been criticized for treating the Oscar race like a political contest, complete with shameless hustling and shady means.

In earlier times, his hucksterism led to Shakespeare in Love upsetting Saving Private Ryan for the Best Picture Oscar, Life is Beautiful's Roberto Benigni (paraded around Hollywood like a trained monkey) absurdly earning a Best Actor Oscar against four formidable opponents, and the trifling Chocolat snagging an eyebrow-raising Best Picture nomination. Four years ago, his indifferently received effort The Reader took the Best Picture nomination many had assumed would go to the wildly praised The Dark Knight (indeed, this upset is largely why the Academy of Motion Picture Arts & Sciences upped its Best Picture slate from five nominees to 10). Last year, his period yarn The King's Speech swooped in at the last minute to take the Best Picture trophy that was within The Social Network's grasp. And this year, his silent-cinema ode The Artist has trampled all contenders and pretenders to emerge as the frontrunner.

Will Harvey once again meet with success? We'll know Sunday night. For now, here are my predictions (and preferences) in the eight top categories. Last year, I foolishly bet against the frontrunner in two of the eight categories and consequently went 6-for-8, a dip from the previous two years. Here's hoping that this year, I experience a better percentage than Mr. Weinstein.

While George Clooney vehicles tend to rack up the Oscar nominations, they don't do particularly well when it comes to actually winning the darn things: Good Night, and Good Luck. went 0-for-6, Michael Clayton went 1-for-7, and Up in the Air went 0-for-6. So even though Best Adapted Screenplay represents The Descendants' best shot at nabbing one of its six bids, it's hardly a sure thing. The competition won't come from Clooney himself, who's nominated for co-writing the long-shot The Ides of March; neither will Tinker Tailor Soldier Spy present much of a challenge. And while Hugo leads the field with 11 nominations, no one's really been talking about its screenplay. That leaves Moneyball as the only spoiler: It's co-written by two Oscar-winning heavyweights (Schindler's List's Steven Zaillian and The Social Network's Aaron Sorkin), and it won as many precursor awards as The Descendants (seven apiece, at last count). I'll stick with the Clooney title, but I won't be surprised if this category bounces the other way.

Although I would cheer if Bridesmaids took this one (it would be the first victory for this sort of comedy, and a chance to see Wiig on stage), it stands virtually no chance of winning, which places it a sliver above Margin Call and a sliver below A Separation. No, this is strictly a two-film face-off, with Golden Boy Michel Hazanavicius pitted against Olden Boy Woody Allen. Even fans of The Artist tend to agree that its script is pretty slender (not to mention derivative), but we know what happens when the Academy gets into its sweep mentality. But I expect the winner will be Midnight in Paris: It's the biggest moneymaker of Woody's career, it marked his most unexpected comeback to date, and it would represent his first Oscar win since penning Hannah and Her Sisters back in 1986.

Considering that the winner of the Directors Guild Award almost always goes on to snag the Oscar — only a meager six(!) times since the DGA's inception in 1948 have the recipients differed — I suppose those of us who thought DGA winner Tom Hooper (The King's Speech) would lose the Oscar to David Fincher (The Social Network) last year were really betting against history. I won't be making that same mistake twice: Although Hugo feels like the sort of movie for which Scorsese should win (among other things, it honors his own passion for both classic cinema and film preservation), and even though Scorsese has won more precursor awards (including the Golden Globe), Hazanavicius won the DGA, so that's that.