The Rover drifts | Reviews | Creative Loafing Charlotte
Switch to the mobile version of this page. 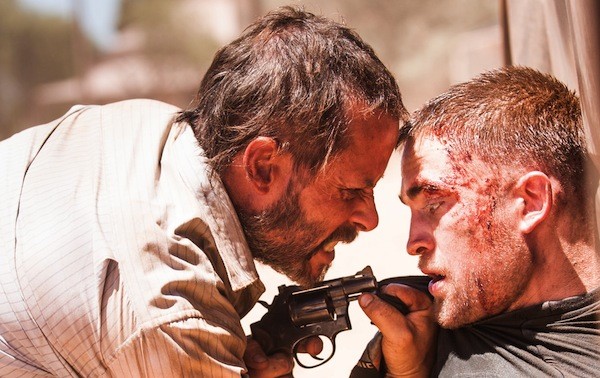 Look, we all know that Guy Pearce can act; we've been privy to that fact for years, thanks to his work in such pictures as Memento and L.A. Confidential. No, the wild card in The Rover is Robert Pattinson, reviled in many circles — but adored in just as many — for portraying sparkly vampire Edward Cullen in the Twilight franchise. Whether he was actually any good in that series was incidental, something never discussed by either his cheerleaders or detractors. So it's no surprise that, like Daniel Radcliffe from the far more beloved Harry Potter films, he's been largely accepting unconventional parts in smaller movies, working hard lest he forever be associated with only one project.

In The Rover, Pattinson acquits himself well enough as he plays second banana to Pearce, who has the central role in what's yet another bleak, post-apocalyptic saga set in a futuristic wasteland. Pearce's man of few words is upset when three criminals (Scoot McNairy, David Field and Tawanda Manyimo) abscond with his automobile, so after he's fortunate enough to run across the fourth member (Pattinson) of that gang, a mentally slow kid who was injured and left behind, he sets out in hot pursuit, using his hostage-cum-ally to lead the way.

Australian writer-director David Michôd made his directorial debut with 2010's acclaimed Animal Kingdom, starring Pearce, Joel Edgerton and Oscar-nominated Jacki Weaver. The Rover, which Michôd penned with Edgerton, proves to be a disappointing follow-up, retaining that previous picture's sense of danger but jettisoning everything else that was interesting and unpredictable. With its unforgiving terrain and pungent nihilism, the film also can't help but stir memories of fellow Aussie John Hillcoat's excellent 2006 endeavor The Proposition (also, incidentally, starring Pearce), yet in this new picture, the existential angst feels tapped out, with Michôd unable to do anything but push his pawns through a series of incidents that shed little light on the characters or the hellish world in which they live. The performances help, but everything else about The Rover turns out to be as barren and arid as the movie's backdrop.