The votes have been tallied, and the ass-whipping that Mitt Romney suffered on Election Day has allowed Stephenie Meyer to reclaim the title of America's most popular Mormon. It's a transition that occurred at just the right time, as The Twilight Saga: Breaking Dawn — Part 2, the fifth and final title in the series based on Meyer's four bestselling books about sparkly vampires, has just hit theaters. 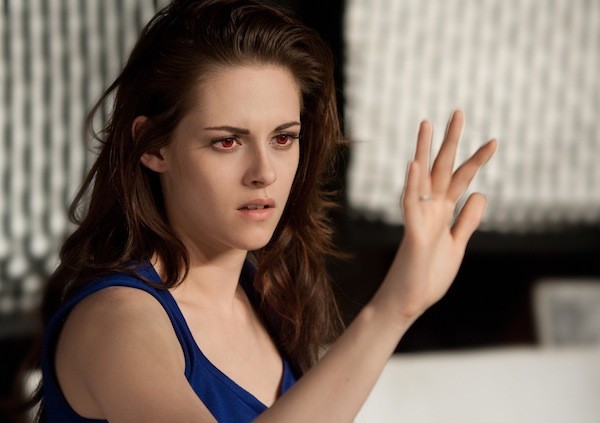 Now let's be honest for a minute: The Twilight films can hardly be considered cinematic masterpieces, but neither do they deserve the unfiltered fear and loathing emanating from the scores of male moviegoers who feel threatened by the very existence of any franchise primarily aimed at women (Sex and the City is another). While often sophomoric and artless, each film (especially the first one) has been able to tap into honest moments of insight pertaining to teen angst, unbridled passion and fevered desires, and all have cannily used two actors of limited range — Robert Pattinson and Taylor Lautner — in a manner that will probably never be replicated by any other movie that taps their services.

Still, there's no getting around the fact that this latest feature fares the worst in practically every regard. Like Breaking Dawn — Part 1, it begins slowly before building speed, yet the narrative ascension ends up derailing before the conclusion. The early going finds the now-vampiric Bella (Kristen Stewart) and Edward (Pattinson) raising their gifted child Renesmee (initially rendered by creepy CGI before actress Mackenzie Foy takes over the role), with Bella incensed that her trusted friend Jacob (Lautner) imprinted on the little girl while in wolf form (not recalling what "imprinted" meant in this context, I confused it with "marked his territory" and wondered why I couldn't recall such a disgusting scene from Part 1).

Eventually, the Days of Our Lives interludes abruptly end when the Volturi, that evil coven of vampires, decides to destroy Renesmee. This leads to the best part of the movie, with the story deviating from its source material to such extremes that the faithful readers at the advance screening shrieked with the same fervor as a 5-year-old watching her older brother tearing the head off her favorite doll. This unexpected departure is an audacious maneuver but, without giving too much away, it also turns out to be something of a cheat. And just like that, a series that was at its best when it got its own blood boiling disappointingly ends with ice in its veins.

The Twilight Saga: Breaking Dawn - Part 2 is not showing in any theaters in the area. 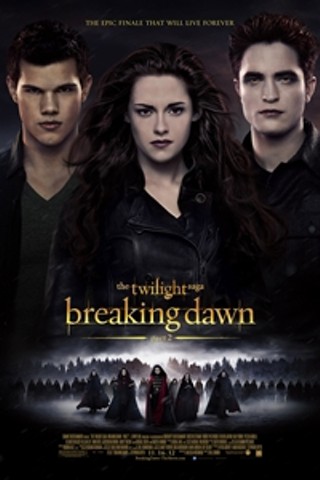