The Texas Chain Saw Massacre: A Cut Above The Rest | Reviews | Creative Loafing Charlotte
Switch to the mobile version of this page.

The Texas Chain Saw Massacre: A Cut Above The Rest 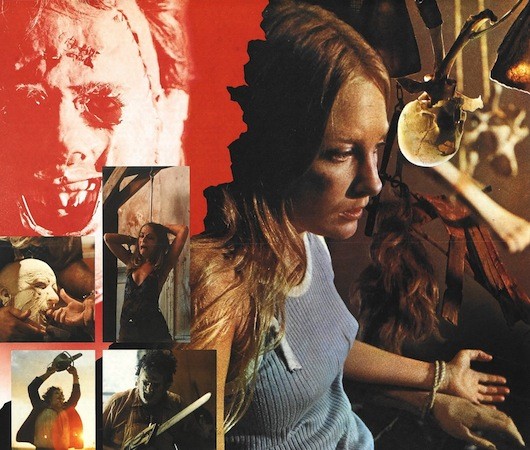 When the horror classic The Texas Chain Saw Massacre was initially released in 1974, it caught audiences completely off guard. Even coming on the heels of 1973's The Exorcist, which did its own share of seat-clearing, this one emerged as a lightning rod of controversy, leading to an abundance of shell-shocked viewers, altercations between moviegoers and theater management, outright bans in at least a dozen countries (including Great Britain, France, Brazil and Sweden) and vilification from many critical quarters (though, perhaps surprisingly, a number of the reviews were favorable, and the film even earned a distinguished berth at Cannes). Like the earlier Night of the Living Dead, the movie succeeded largely because of its gritty, low-budget shooting style, and its influence on subsequent slasher flicks can't be understated. After all, what are Halloween's Michael Myers and Friday the 13th's Jason Voorhees if not the bastard children of Leatherface?

Loosely based on the real-life exploits of serial killer Ed Gein (whose sordid tale also served as the basis for Alfred Hitchcock's Psycho), this horror classic, brought back to town by Best of Charlotte award winner Back Alley Film Series (which will be screening the pristine "40th Anniversary 4K Restoration"), centers around five college-age kids whose ill-advised road trip through a desolate part of Texas puts them in contact with a murderous, cannibalistic clan. The family's most terrifying member, tagged "Leatherface," is a silent, hulking psychopath with a nasty habit of peeling off his victims' faces and wearing them as masks.

Frequently dissected in print, the movie itself has worn many faces over the years, representing the disillusionment of the nation after Vietnam and Watergate; pushing a pro-vegetarian stance by decrying the brutality of eating meat; serving as a bastardization of the comforting image of the all-American family as a wholesome, reliable entity; and further supporting the big-city mindset that views rural America as a haven for inbred illiterates. Whether you accept one, some or none of these thematic layers is up to you — at any rate, such weighty analysis rarely extends to the picture's most iconic character. Played by Gunnar Hansen, Leatherface is a terrifying question mark, an unstoppable force of evil who simply exists. With no semblance of a past or a future, we have to accept him at — pardon the pun, please — face value; he's a mysterious being placed on this earth for no other apparent reason than to carry out Satan's will.

It's been repeatedly stated before, but allow me to note it again: The Texas Chain Saw Massacre is nowhere near as gory as it's reputed to be. Instead, director and co-scripter Tobe Hooper uses the power of suggestion (much like Hitchcock and Jacques Tourneur did) to make us think we saw more than what was actually shown. Most of the murders are swift (shockingly so), and, unlike most terror tales over the ensuing years, the picture doesn't linger on hacked off heads, blood-spurting limbs, guts spilling out of open stomach wounds, and so on. The film also differs from subsequent splatter fare in that it doesn't puritanically equate "enjoys sex" with "deserves to die," a despicable practice wherein filmmakers invariably decide that the character of the "female virgin" is automatically the most worthy of survival (see: Halloween, Friday the 13th and too many others to count). In fact, there's absolutely no sex, nudity or even heavy petting in this film — it's pure undiluted horror from first frame to last.

Admittedly, the acting from several cast members veers toward the amateurish side; the major exception is Marilyn Burns, who plays Sally. Merely OK during the expository scenes, Burns (who passed away in August) eventually turns in a performance of staggering power as her character gets harassed by every member of the clan during the picture's final third. There's a touch of madness to her emoting (at one point when she escapes from Leatherface, it's impossible to tell whether she's laughing or crying, or both), and her wide-eyed terror — as primal as anything I've ever seen in a motion picture — sticks with you long after the film is over.

The bottom line is that The Texas Chain Saw Massacre remains a genuine classic of the genre, a punishing, unrelenting nightmare that never allows viewers even a moment of sanity or security. Incidentally, ignore the 2003 remake starring Jessica Biel; produced by the clueless Michael Bay, it's a feeble retelling that guts the integrity of the original and wears its own cynicism like a ragged mask.