Cimarron, Johnny Belinda, Lust for Life among home entertainment reviews | View from the Couch | Creative Loafing Charlotte
Switch to the mobile version of this page. 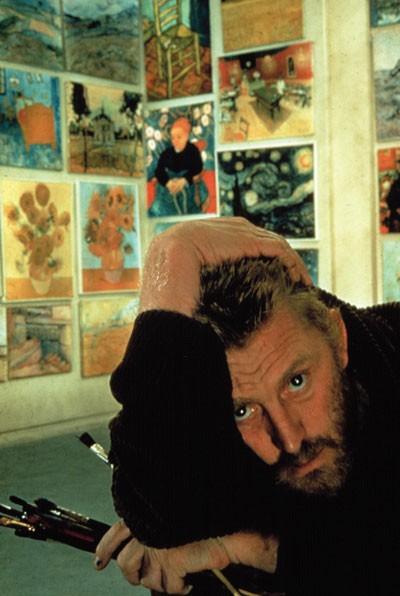 WARNER OSCAR CLASSICS (1931-1956). Getting into the spirit of the Oscar season, Warner has released a handful of vintage Academy Award-winning films (all sold separately) covering a 25-year span. Watching these films of varying quality, it becomes apparent that the Academy's occasional penchant for picking unworthy winners is hardly a modern phenomenon. To wit:

Cimarron (1931), Oscar winner for Best Picture, Adapted Screenplay and Interior Decoration. One of the worst Best Picture winners in the Academy's 78-year history, Cimarron is based on Edna Ferber's novel about one family's struggles during the settling of the West at the end of the 19th century and well into the 20th. As a motion picture, this is fairly worthless, crippled by static direction, overblown performances (particularly by lead Richard Dix) and dull conflicts. But as a study of the American mindset at the time of both the story's setting and the film's production, it's a fascinating look back, with its casual cruelty and condescension toward Native Americans, blacks ("Lots of watermelon there, Isaiah!" bellows Dix to his young servant, to which the lad replies, "Yes sir, I sure glad I came to Oklihomy!"), Jews and the handicapped.

Captains Courageous (1937), Oscar winner for Best Actor (Spencer Tracy). Tracy earned the first of his two consecutive Oscars for this Rudyard Kipling adaptation directed in grand style by Victor Fleming (who two years later would helm both Gone With the Wind and The Wizard of Oz). Freddie Bartholomew plays a spoiled rich kid who winds up on a fishing schooner captained by Lionel Barrymore; Tracy plays the Portuguese fisherman who takes the lad under his wing. Tracy is earnest, but if that's a Portuguese accent he's sporting, then I'm Katharine Hepburn — if anything, his performance appears to be based on Chico Marx. Still, this is top-notch entertainment, with reliables like Melvyn Douglas, Mickey Rooney and John Carradine filling out the supporting roles.

The Good Earth (1937), Oscar winner for Best Actress (Luise Rainer) and Best Cinematography. Like Spencer Tracy, Rainer earned back-to-back Oscars during the 1930s; this was the second of two, and the fact that she faded into obscurity after her twin triumphs was early proof that an Oscar win doesn't always help a star's career. At any rate, she didn't deserve the award for her demure but hardly exemplary turn in this lavish adaptation of Pearl Buck's Pulitzer Prize-winning novel about the travails faced by a Chinese couple (Rainer and Paul Muni). It's hard to accept the Caucasian leads as Far East denizens, but once the picture gets past a lumbering opening, it succeeds in involving us in the plight of its struggling protagonists. Karl Freund's camerawork is magnificent and richly deserved its Oscar.

Kitty Foyle (1940), Oscar winner for Best Actress (Ginger Rogers). Rogers will always be immortalized as half of the Astaire-Rogers dance team, but far more than Fred, Ginger was able to break away from the mold and establish herself as an actress of impressive range. She earned her Oscar for this critical hit about a working girl who has to choose between marrying a struggling doctor (James Craig) or running off with a wealthy member of high society (Dennis Morgan). Rogers delivers an excellent performance -- sexy, sassy and smart, it's easy to see why both men fall in love with her character — but the film's pre-feminism aspirations date badly, and it's a shame to see the vibrant Kitty Foyle end up with either of these dullards.

Johnny Belinda (1948), Oscar winner for Best Actress (Jane Wyman). At the same time that Wyman was divorcing Ronald Reagan because of his increasing obsession with politics, she was also enjoying great success as a Hollywood star thanks to her Oscar-winning turn in this acclaimed melodrama. Nominated for a whopping 12 Academy Awards but winning only for Wyman's performance, Johnny Belinda finds the actress cast as a deaf-mute farm girl who learns how to communicate through the efforts of a kindly doctor (Lew Ayres). After she's raped by a brutish laborer (Stephen McNally), she becomes scandalized by her unexplained pregnancy, and the birth of the baby leads the meddlesome townsfolk to decide that it would be in the best interest of the child to take him away from the woman they call "the dummy." Wyman delivers an impressive performance relying solely on her expressions, and the film itself only falters during its rushed conclusion.

Lust For Life (1956), Oscar winner for Best Supporting Actor (Anthony Quinn). It isn't that Quinn didn't deserve this Academy Award (his second) for his brief but potent turn as painter Paul Gauguin; the injustice here is that he wasn't joined in the winner's circle by Kirk Douglas, who's smashing as tortured artist Vincent Van Gogh. The Best Actor Oscar that year went to Yul Brynner for his broad emoting in The King and I, but Douglas — in one of the defining performances of his career — would have been a far more deserving winner. Under the guidance of director Vincente Minnelli, Douglas delivers a hard-boiled turn that never once begs for our sympathy: This is an unsentimental character in an unsentimental movie, and it's the only way to go when the subject matter deals with obsession, eccentricity and unfettered genius.

Extras vary from disc to disc, but they include vintage shorts, cartoons and theatrical trailers.

Tags: View from the Couch, film, review, View From The Couch, Matt Brunson