What To Do About 'Alternative Facts'? 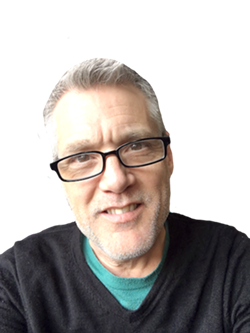 We live in chaotic times. Turn on the TV and we get a constant barrage of "breaking news" from Washington, D.C. It feels like 1973 all over again, particularly for those of us who were there in 1973, when every day, more revelations came out about Watergate and the Nixon White House.

Sure, people tried to wiggle out of their lies, but in general, few were questioning actual reality. Today, we live in times when people make up their own facts. Reality is whatever you choose it to be.

That's why it was particularly troublesome for me when I woke up Monday morning to find someone I respected had referred to a story I wrote in last week's Creative Loafing as containing "alternative facts."

Ouch! That's the phrase we use to mock the Trump administration for its rationalization of the president's bald-faced lies. It was the worst thing someone could say about a story that I wrote.

It also was completely justified. I had been sloppy in presenting a timeline in my music feature last week on the terrific Su Casa parties thrown by Charlotte promoter Jasiatic. (The story has since been updated to remove the inaccuracy.)

Let me offer some context: I wrote a story about Su Casa that painted Jasiatic, accurately, as a party trailblazer. I credited her Su Casa events with opening local minds to new kinds of music, including music from other parts of the world — salsa, bossa nova, Afrobeat.

Jasiatic's events have, indeed, over the past eight years, introduced Charlotteans to new ways of hearing music, and she has incorporated her lifestyle and worldview — she is vegan, she homeschools her children, she works for social justice in Charlotte — into her events.

I also suggested that Su Casa had laid the groundwork for younger party promoters in Charlotte, who have launched similarly intelligent and fun events in the city. And there is no doubt that Jasiatic's earlier events have made an imprint on the Charlotte party landscape that's helped to open minds and hearts to new ways of experiencing music.

Here's where I got sloppy: I named other party promoters and wrote four words — "followed in her footsteps" — that raised the ire of one group of promoters.

Ifeanyi Ibeto, better known as DJ Kato, is one of the organizers of Charlotte's AfroPop! events. He is a veteran promoter of parties in Charlotte that feature Afrobeat music.

Afrobeat is the fusion of funk, soul, jazz and African musical styles popularized by the late Nigerian musician and political activist Fela Kuti. Ibeto is Nigerian-American. He has been producing Afrobeat events in Charlotte since the mid-2000s.

His AfroPop! partners, Eric Ndelo and April Hood, also have produced pan-African events in Charlotte for many years. Ndelo was throwing his Afropolitan and Nappy Luv events as far back as the late 1990s. Hood had been doing events in Charlotte that incorporated African musical styles with hip-hop, soca and reggae. When the three came together to form AfroPop! in more recent years, they had brought their varied backgrounds with these styles of music under one tent. They were not following in anybody's footsteps.

"Followed in her footsteps" were not Jasiatic's words — they were my words. I had intended to double-check the words with AfroPop!'s Ndelo before the story ran, but we never connected, and in our deadline haste last week, I failed to rephrase that particular paragraph before Creative Loafing went to press.

You may be reading this and thinking, "What's the big deal? It was just a story about music."

It's a big deal. If those of us in the press are to be trusted, we have a responsibility to be diligent about checking our facts. And those four words were not 100-percent factual.

It stung when I read on Ibeto's Facebook page that a story of mine had presented "alternative facts." It made me angry. I didn't want to be associated with a presidential administration that offers up "alternative facts" on a daily basis. But truth is truth, and inaccuracy, no matter how unintentional it is, is inaccuracy.

I'm sure it also stung when Nigerian-American Ibeto read in Creative Loafing that he had "followed in the footsteps" of another event that presents, among other genres, Nigerian music.

This issue may seem like inside baseball to some, but it involves the very core of what is wrong in this country, and what should be made right. There are only two kinds of information — accurate and inaccurate information. And I, as a journalist, made a mistake last week. That mistake was not the fault of Su Casa's Jasiatic, nor was it the fault of AfroPop!'s Ifeanyi Ibeto, Eric Ndelo or April Hood. It was my fault, and it is only right for me to acknowledge it, whether CL is reporting on an entertainment issue or an issue involving city government policies.