The best and worst albums and artists we heard in 2013

The best of what's worth listening to

When CL contacted its music writers about submitting their picks to a list of Top 10 albums for 2013, a few of them declined, citing a weak year for the music business, or simply not discovering enough music worthy of Top 10 consideration. Maybe that's the same answer, though.

To me, the best album of the year is a collection of songs I can't get enough of. I listen to it for weeks, it's solid from start to finish, it breaks new ground and is a game changer — for the genre or music in general. I didn't find that in 2013. I found some solid albums, but nothing that made me say, "Everyone should hear this album!" All of my picks had strengths and weaknesses; therefore, I present my list with no front-runner.

Regardless, these lists are only meant as potential guides for new music and casual listening, recognition of the year's talent or as the starting point for an over-lunch debate. Here are (some of) our writers' lists for the Top 10 Albums of 2013:

HRVRD, From the Bird's Cage

Chvrches, The Bones of What You Believe 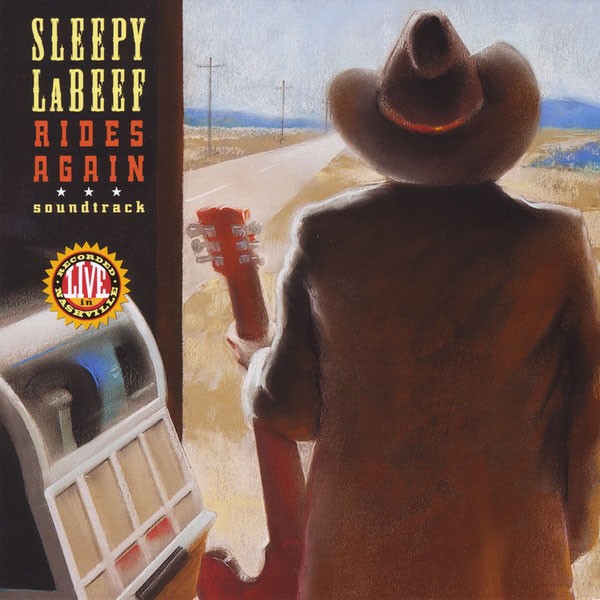 He may not own most of the music he sings, but once Sleepy LaBeef wraps his vocals chords around a lyric, it might as well be his. For more than five decades, his rockabilly persona has transported gospel, country and rock tunes into a territory so unique that few musical travelers can navigate it. On this live CD/DVD set recorded in RCA's historic Studio B in Nashville and the Douglas Corner Cafe the night before, LaBeef restructures tracks from the Delmore Brothers and Johnny Cash with stops along the way to rearrange Willie Dixon, Joe Turner, Fats Domino and Hank Williams before going to church to whip up the traditional spiritual "Standing In the Need Of Prayer" into a honky-tonk lather. At 77, he's still worthy of his nickname, "the human jukebox," proving tune by tune that he remains the best musical investment your money can buy.

2. Omar Dykes, Runnin' With the Wolf

Thanks to superb LPs from the likes of

Superchunk, Mount Moriah and William Tyler, Durham's Merge Records just enjoyed one of the best years in its storied history. But the pièce de résistance was this sophomore outing from garage maestro Mikal Cronin. Trading in the Beatles influence of his 2011 debut, he soars with new Wings, grafting gut-check fuzz onto anxious 12-string jangles. His sound is still adventurous: Feral guitars duel with razor-sharp fiddles. Elegant pianos wind up leading raucous crescendos. But more than anything, MCII is a profound and poignant expression of youthful confusion, the kind that can shush momentarily the worries of adulthood and leave even the most jaded souls shouting along in exquisite agony.

10. The National, Trouble Will Find Me

Kanye West's last handful of albums represented seismic shifts in the genre, and Yeezus was no different. The transformative album stripped away some of the subtleties of My Beautiful Dark Twisted Fantasy to create something darker and honest to his herky-jerky emotions. If his life outside of music is a car crash, it plays out perfectly on wax, unapologetically encapsulating his passion, ego, hopes and contradictions while wholly embracing his role as hip-hop heel. You won't get it now, but you'll feel its influence for years to come.

2. Toro Y Moi, Anything in Return

8. Mayer Hawthorne, Where Does This

2. Elvis Costello and the Roots, Wise Up Ghost

3. Nick Cave & the Bad Seeds, Push the Sky Away

10. Vampire Weekend, Modern Vampires of the City; The Knife, Shaking the

The ex-Woods bassist chronicles the end of his N.Y.C. tenancy by channeling some of the city's great cultural touchstones: Al Kooper's Blonde On Blonde organ, Greenwich Village folk-blues, and novelist James Baldwin among them. But coursing like the titular waterway through the themes and music are the Velvet Underground. Morby pulls off the same de-romanticizing that Lou Reed did with the flower-power '60s, only this time it's the dark side of Reed's dark side rendered bare: slinky riffs and chugging drones contrast hipster New York with the squalor of tiny apartments and too many roomies, violence, addiction, lost love and mortality.

6. Foxygen, We Are the 21st Century Ambassadors of Peace & Magic

8. Yellowbirds, Songs from the Vanished Frontier

9. Nick Cave, Push the Sky Away

Lanegan never ceases to blow me away. This album of covers is haunting, moody, subtle, sparse and sung by one of the most emotive and gripping singers in all music genres.

2. The Flaming Lips, The Terror

3. Mazzy Star, Seasons of Your Day

6. Wayne Shorter, Without a Net

10. John Fogerty, Wrote a Song for Everyone

Because some albums simply suck

After winning a Grammy for its last album, The Suburbs, Arcade Fire goes in an experimental direction on a new double album. The result is too many half-assed ideas slapped together without reaching the full potential of any of them. Lyrically weaker than previous efforts and no one should revisit disco. Mission: failed. - Jeff Hahne

Bad enough to write a sappy title track tribute to your dick, but ripping off Marvin Gaye to do it is inexcusable. The rest of the album makes you wish for a repeat of 1979's infamous disco demolition ceremony. Rot in hell, bitch! - Grant Britt

2006's FutureSex/LoveSounds was Timberlake's Off the Wall. 20/20 should have been his Thriller. Alas, Timbaland's complex beats bloat into gaudy caricature, and Justin's sharp croon gets lost amid aimless melodies and seven-minute songs that always overstay their welcome. - Jordan Lawrence

The sound of a hardcore legend rapidly circling the drain, Greg Ginn's kitschy exercise in self-indulgence manages to be both abrasive and boring. - Pat Moran

Production values so bombastic as to make your memories of the Late Registration/Jon Brion era that much more bittersweet. - John Schacht

Aside from a couple of escapist, dancey, "check your brain at the door" club party tracks, this release has "I've got a shitload of money and time on my hands, so let's do a record" written all over it. - Samir Shukla

It's rare that multiple writers are at the same show on the same night due to other obligations or assignments. Because of this, we asked our writers to give their five top performances of the year.

Pink, Time Warner Cable Arena, March 16 — The acrobatics — while singing! — were like nothing I've seen before.

Chris Cornell, Knight Theater, Dec. 2 — One man, a guitar and nearly three hours of music. A couple of Avetts didn't hurt either.

Janelle Monae, The Fillmore, Nov. 20 — Nonstop action for the duration of the show. True performance in every sense.

Joshua James, Evening Muse, March 27 — One of the most off-the-radar talents you should see every chance you get.

Kenny Roby, Grey Eagle (Asheville), April 2 — White-knuckling it through an ice-storm wound up being totally worth it for Roby's brilliant, moody and poetic Memories & Birds release party.

Jeff Mangum, Neighborhood Theatre, Jan. 31 — Maybe it was the last-minute nature of the tickets I got; more likely it was hearing a packed house sing along to In the Aeroplane Over the Sea.

Frank Black, Visulite Theatre, May 11 — The Big Bald Pixie dug down deep into his early solo career and his parent band's best material to remind us why he matters.

FIVE ARTISTS WE WANT TO HEAR LESS FROM IN 2014

Kanye West — You're not a genius, that's your ego talking.

Baauer — Because no one was actually doing the Harlem Shake correctly.

Ylvis — The fox doesn't say any of that gibberish. It's not clever, just annoying.