We announce the winner and finalists of our summer contest 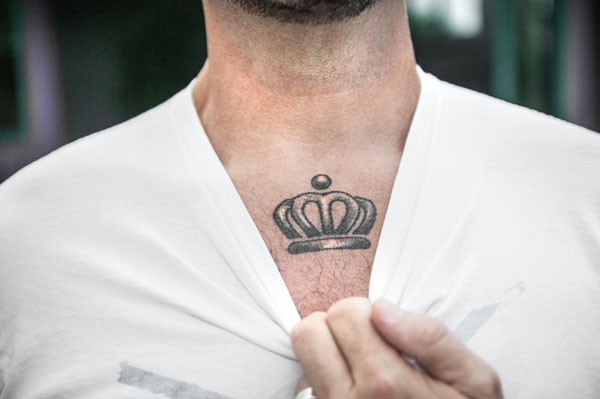 Back in early July, we launched a contest for our readers to help us ponder Charlotte's identity. Borrowing a 25-year tradition from fellow altweekly Nashville Scene, we asked folks to finish the sentence, "You're so Charlotte if ..." Within a few weeks, an unrelated trend developed on social media, spanning Miami to my hometown of Augusta, Georgia, to beyond: People were posting statuses on Facebook, representing their cities by way of "I'm so (insert city name here), (insert obscure reference or memory only people of that city will get)."

It's funny how that works, isn't it?

The goal of our contest was to take the pulse of the city. Who is Charlotte in 2014? Based on the responses we received, and my own musings, Charlotte is still a small town, however large and sophisticated the population and infrastructure. As much as city leaders and developers push us in the direction of a real metropolis, that's not really what a majority of citizens want. As what some might call "progress" pushes its way into our neighborhoods, we instead mourn the loss of our history.

You can see that clearly in the way Charlotte responded when it was announced earlier this year that the Hornets would return. Muggsy Bogues won't be out on that court come fall, yet the excitement is palpable.

Thanks to everyone who submitted to our contest, and a special shout-out to Sandi Langdon, who penned the winning submission to our contest. Langdon, a Charlotte native, says she kept all of her original Hornets gear, including T-shirts, necklaces and earrings, so she's ecstatic over the return of the purple and teal.

The Hornets are a historical reference, she says. "It's more Charlotte than the Bobcats ever were."
— Kimberly Lawson

THE WINNER
You're so Charlotte if you're still wearing Charlotte Hornets apparel from the first Hornets team. — Sandi Langdon 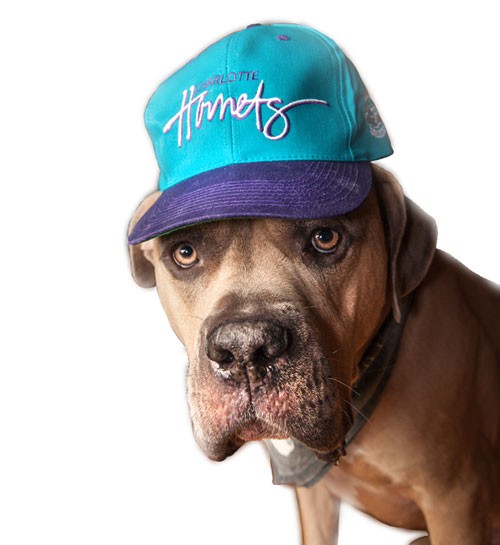 You remember going to the Dilworth Theater to watch karate movies on Saturday, and going to the Carolina Theatre to watch blaxploitation movies.
— Elatha Williams Ross

You're one of the droves of people that moved into an arts district, only to have the artists move out because of rising rent.
— Dallas Landrum

You're so new to Charlotte you don't have a good answer to the You're so Charlotte contest.
— Dustin B.

You're used to drivers with Elevation Church bumper stickers cutting you off in traffic.
— Jon K.

You aren't sure in what state Waxhaw is located.
— Rachel Horn

You're not actually from here, and despite moving away four times, you somehow still live here.
— Jenny Lee Wright

You give directions by way of obsolete landmarks: "It's across the street from where the Sears building used to be."
— Rosemary Walker

You lived and died to go to Skate Palace and Queen Park on the weekends. That's all we had.
— Bandreka Mackey

OUR WRITERS CHIME IN, AS WELL

You'd never been to a Charlotte Knights game until they built the new stadium. (Jeff Hahne)

You love NASCAR but have never gone to the Hall of Fame. (Jeff Hahne)

You think Steeplechase is better than the Kentucky Derby. (Jeff Hahne)

You've had a conversation about Larry Sprinkle's hair. (Jeff Hahne)

You only watched Homeland to see places you recognize. (Jeff Hahne)

You regularly utter the rhetorical question, "I wonder if that film will come here?" (John Schacht)

You refer to Plaza Midwood as "The 'hood." (John Schacht)

You include in your resume the church you attend. Seriously, it's a thing. (Ana McKenzie)

The sweet smell of pastries that lingers in the air in South End doesn't make you want to cheat on your diet anymore. (Kimberly Lawson)

You were kind of sad to see the Ascot Inn go, though you'd never admit that out loud. (Kimberly Lawson)

The only air conditioning repair service you know off the top of your head is Morris-Jenkins, and that's only because of Bobby. (Kimberly Lawson)

You feel personally vindicated as you watch the Penguin inch closer to its own demise. (Kimberly Lawson)

You don't even notice the pink building on South Boulevard anymore. (Kimberly Lawson)

You love the Wells Fargo jukebox tower, no matter what anyone says. (Perry Tannenbaum)

Your transplant friends are always taking you to parts of Charlotte you've never been. (Emiene Wright)

You volunteer regularly but consider protesting to be vulgar. (Emiene Wright)

Sundays are for church and Uptown Cabaret. (Emiene Wright)

You say "Epic Centre." Yeah, we know having that "c" right in the middle can be confusing on first glance, but come on, you've had six years to get it right. (Emiene Wright)

Cook Out is a noun, a verb and a way of life. (Emiene Wright)

You nod knowingly when someone starts talking about that infernal, illogically named Queens/Queens/Providence/Providence intersection. (Matt Brunson)

You thought Steve Smith was a heaven-sent saint rather than an unrepentant brute. (Matt Brunson) 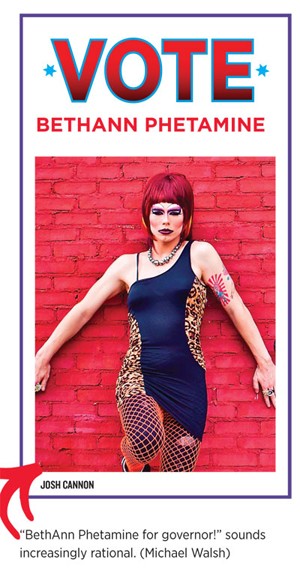 You consider cankerworms dropping from the trees a type of weather phenomenon. (Michael Walsh)

You hear "More layoffs by Bank of America" and think "It must be that time of the month." (Michael Walsh)

You remember when there were actual galleries on NoDa's gallery crawl. (Michael Walsh)

The intersection of Trade and Tryon makes you snicker. As does Morehead. (Melissa Oyler)

Anytime you see a woman's mascara running, you have fond memories of Tammy Faye. (Melissa Oyler)

You stopped telling people you were from Charlotte because when you do, they look at you like you're on an endangered species list. (Anita Overcash)

You sometimes refer to McColl Center for Visual Arts + Innovation as being the "old burned-up church" to other natives who don't know where the museum is located. (Anita Overcash)

You prefer day parties so you can get home by 7 p.m. (Shameika Rhymes)

You hate crowds, but buy tickets to as many events as you can during CIAA. (Shameika Rhymes)

You wear boots in the 100 degree weather — never mind the sweaty feet, it's stylish. (Shameika Rhymes)

You still refer to Bank of America as "NCNB" and Wells Fargo as "Wachovia" or "First Union." (Page Leggett)

You have a favorite route to Ovens Auditorium that manages to avoid Independence Boulevard entirely. (Page Leggett)

You know that the neighborhood, SouthPark, was named after the mall, and not the other way around. (Page Leggett)

You were part of the majority to vote down the taxpayer-funded NBA Bobcats/Hornets arena, but watched the thing get built anyway. (Page Leggett)

You recall when our genial "Mayor Pat" was a moderate. (Page Leggett)