News / Opinion Question the Queen City: What remains of PTL?

I grew up in Charlotte but left with my family when I was a teenager in the mid 1980s. I moved back earlier this year. The holidays have brought back memories of things we would do during the season, like going to see the Christmas lights in McAdenville and PTL's Heritage USA, which is in Fort Mill. I know PTL's gone now, but what about the massive compound they built? What's left of it? - Bonnie Swift, Charlotte 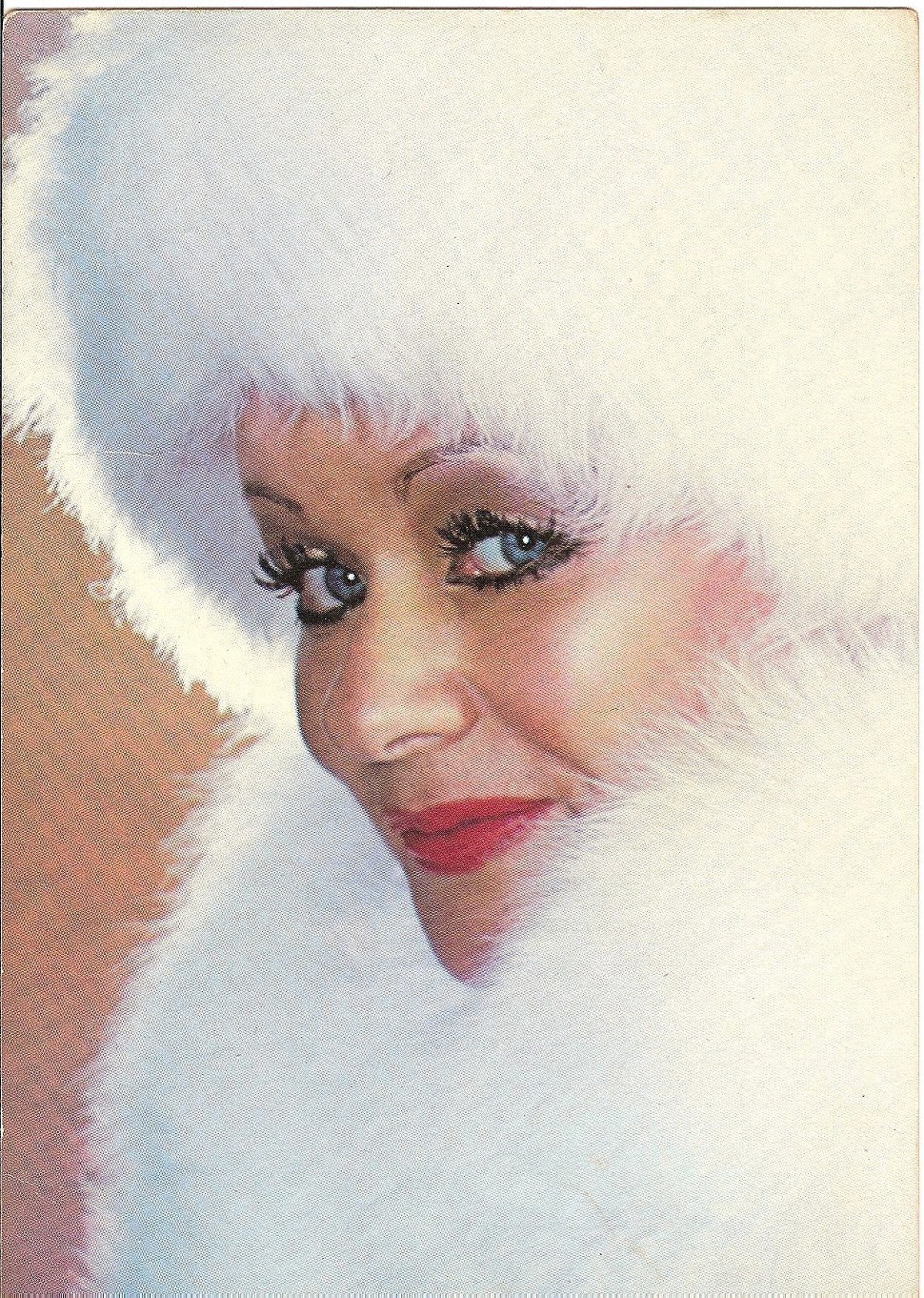 As a child I remember piling into the family station wagon and doing the holiday-light rounds, as well. I visited Heritage USA to see their Christmas display only once when I was a kid. I can still recall being overwhelmed at just how many lights there were.

After I received your question, I decided it was time to visit Heritage USA again ... or at least what remains of it.

Though Heritage USA the organization is long gone, some of the infrastructure still exists, used in part by Morningstar Ministries. Other parts are dilapidated and a bit ghostly, to say the least. It appears as though the streets haven't been repaved around the central complex since it was constructed, so many are sun-bleached and cracked. The PTL Hotel and the water park no longer exist.

"There has been some deterioration of the property because of exposure to weather, building codes have changed since its original construction, and the question of how structurally sound it is has come up, as well," says York County Assistant Manager David Larson.

Various parts of the vast facility have been purchased by different companies and organizations. Morningstar - the largest tenant - acquired the Heritage Grand Hotel, used today for congregational meetings, and the 20-story Heritage Tower building, a condominium project that was initiated by former PTL director Jim Bakker but never completed following the scandal that toppled the once widely-popular Christian television network. 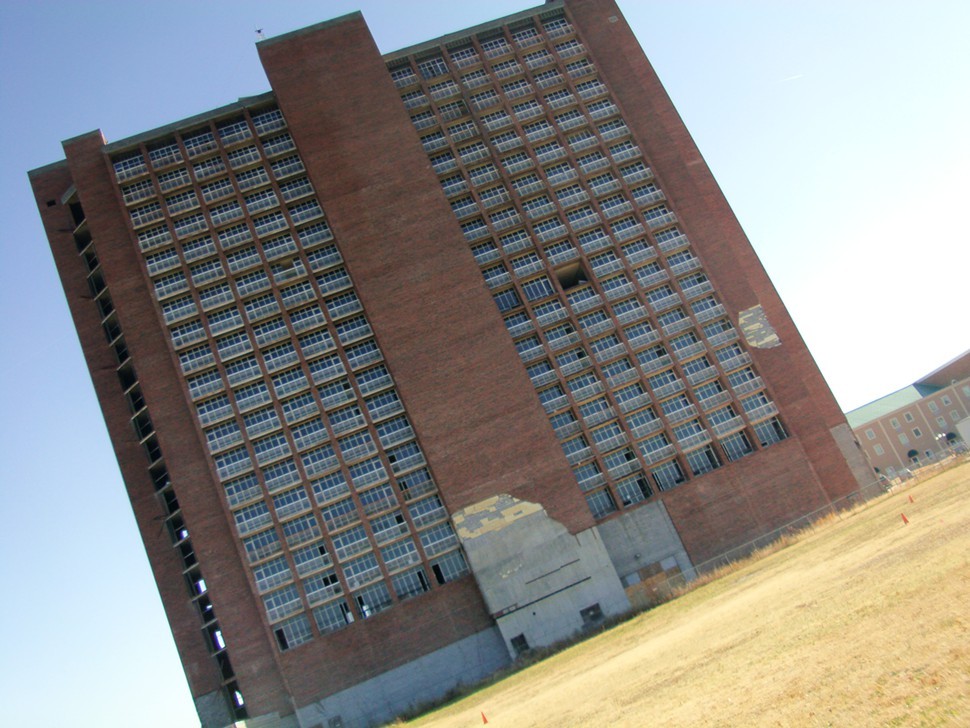 Laura Ashley's North America headquarters (yes, really) are located in the oddly pyramid-shaped building that once served as the PTL World Outreach Center. The studio production facility is still in use today, known as The Broadcast Group.

The Upper Room Chapel, a building designed in an ancient Jerusalem-influenced architectural style and meant to resemble the place where Christians believe The Last Supper was held still stands, as well. It has been restored and serves as a spiritual special-events facility, occasionally open to the public for prayer and reflection.

Another odd building that looks very much like a giant children's sandcastle also remains. Known in PTL's heyday as "The King's Castle," it reportedly housed the largest go-kart track in the South, game arcades and a few restaurants. Now the lower windows and entranceway are boarded up. Any uncovered upper-level windows have been destroyed, presumably by vandals. The "castle" is surrounded by a thicket of overgrown weeds and a high-wire fence. 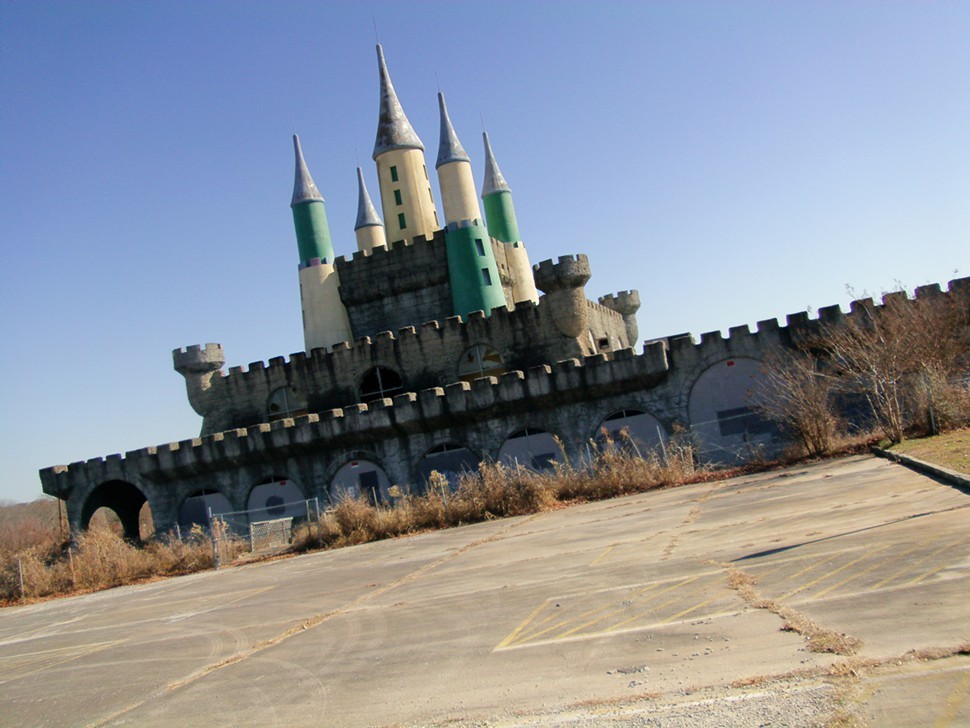 I spoke with Tammy Faye (Bakker) Messner on multiple occasions after the demise of PTL, once for Creative Loafing in Atlanta and another, our last in-person conversation, in 2004 at a party held at the Van Landingham Estate in Charlotte for the release of her book "I Will Survive... And You Will Too!"

She was emotional when she talked what had become of the once elaborate development:

"I'll always regret that we handed over control of PTL to Jerry Falwell. He took advantage of the situation and ran it into the ground. After Roe (Messner, Tammy Faye's second husband and the lead developer behind Heritage USA) and I moved back to Charlotte, I went to see what it looked like. I was in tears. Things had been vandalized and abandoned and everything was overgrown. It was just so heartbreaking I couldn't help but cry, especially when I thought about how much love and effort went in to what we were trying to do."

Standing amidst the rubble, there's an old sign outside Heritage Tower that announces a "Resort Campus Lifestyle" and an "Active Adult Community" will be "Coming Soon!" "Coming soon" is ambiguous, given that hopes to complete the building have been on the books since Morningstar purchased the property in 2004.

"The building has remained incomplete since Jim Bakker had it built," Assistant Manager Larson says. "I think there was some headway with the property and different investors going along well until the economy tanked in 2008."

Many of the surrounding Regent Park residents want Heritage Tower torn down, while Morningstar still has the desire to raise enough capital to finish Jim Bakker's grand dream, Larson says. Given that estimated costs to complete construction could be somewhere in the millions, soon is not likely to be very, if at all.

My visit there left me feeling a bit haunted and sad. The King's Castle is undeniably creepy, and the Heritage Tower stands as a large-scale monument to a massive undertaking that ended in scandal and tragedy.

Read up on the scandal - and others in Charlotte - in this week's CL.