When I was a kid there was an old-style riverboat named the Robert E. Lee that offered rides on Lake Norman. Do you know what became of it? - Michael McCrory, Charlotte

Launched in April 1964, the 84-foot side-wheeler riverboat Robert E. Lee burned in the early morning hours of Thursday, Jan. 5, 1966, where it was docked off Alcove Road near Interstate 77. Because of the time the incident occurred, no one was injured. The financial loss, however, was estimated to be $100,000 - roughly $700,000 in today's dollars. The cause of the fire was never determined. 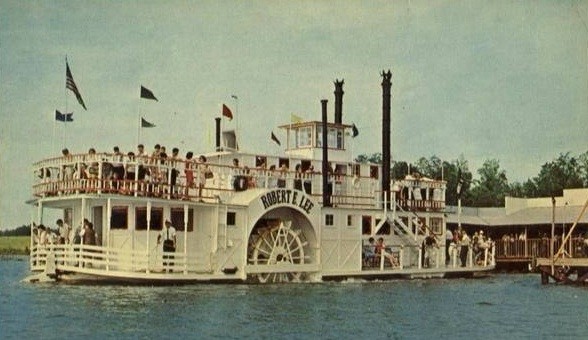 H.M. Hedrick, the former captain of the Robert E. Lee, recalled his experiences with the popular tourist attraction in an article that appeared in The Gaston Gazette shortly after the tragedy.

"Literally hundreds of thousands of men, women and children visited the Robert E. Lee on Lake Norman during her three years of operation. So many clubs, businesses, fraternities, sororities and churches enjoyed the experience. "[That's] proof that private enterprise is not yet through in North Carolina. We hope that a new, bigger and better Robert E. Lee will soon be on the drawing board."

The man behind the Robert E. Lee was an entrepreneur, who apparently dabbled in all sorts of things, like attempting to introduce a new car to the market (the "Buff," shown below). Known as Lowndes Bush "Buff" Grier, he remains somewhat of a mystery, although his name appears frequently in the Statesville Daily Record's society section from the 1940s through the 1970s. 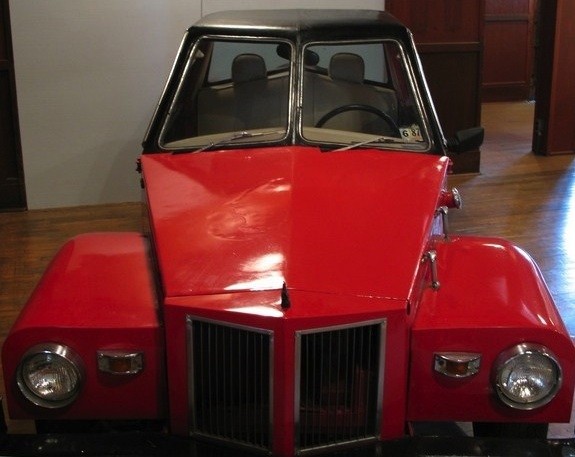 It took 20 years for Grier to address Hedrick's hope that a Robert E. Lee riverboat would soon reappear on the waters of Lake Norman. In a Charlotte Observer story from 1985, Grier excitedly proclaimed the boat would be rebuilt.

But three years later, Grier's efforts still had not come to fruition.

"I've got everything I need but the money," Grier said. "I spent a couple of years getting the permits and the plans and all that together, and I had some people attempting to raise money to rebuild the riverboat, but they just couldn't get it together. I want the dream to stay alive, because the public wants it so bad. My aim is to just keep plugging along."

Sadly, Grier eventually lost the leasing rights to the original docking port for the Robert E. Lee and was unsuccessful at restarting his heartfelt desire to recreate the once-popular Lake Norman attraction. He died Nov. 29, 1994, a month shy of 70.

Another boat with the name - built in 1969 - served locals and tourists in St. Louis as a popular riverfront nightspot from the 1970s to the 1990s. After closing and remaining unused for several years, it, too, eventually burned, in March 2010.