I was born at the old Mercy Hospital - now CMC-Mercy - in Charlotte's Elizabeth neighborhood back in the 1960s. The hospital has changed so much in recent years it's barely recognizable, but I still feel a connection to the site. Do you know much about its history? - Nancy Mills O'Brien, Charlotte 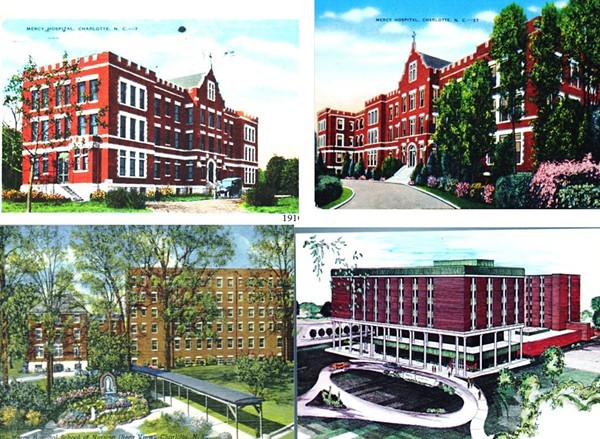 Mercy Hospital opened its doors in 1906 and celebrated its 113 birthday in February. The Mercy School of Nursing also opened that same year and has since graduated thousands of students.

The hospital's roots actually date back to Ireland, when in 1831 a young woman named Catherine McAuley founded the Sisters of Mercy, a religious order freed from traditional church constraints that required nuns to work predominantly behind convent walls.

The Carolina-based Sisters of Mercy, in Belmont, would not affiliate with McAuley's order until 1913. Previously the Belmont group had operated out of Charleston, S.C., and were affiliated with the Sisters of Charity of Our Lady of Mercy, which was founded in 1829.

It would be 1869 before the sisters would move from Charleston to Wilmington to establish a convent, and even later still (1892) before they would finally establish a permanent home in Belmont.

Around the 1900s Charlotte's population exploded to more than 18,000, which raised serious concerns about the lack of hospital care. St. Peter's Catholic Church and the Sisters of Mercy in Belmont stepped up and opened Mercy General Hospital in Feb. 2, 1906 in St. Peter's old wood-frame, two-story parish hall on Tryon Street. It was the first Catholic hospital in the state.

Although the facility was regarded highly at the time of its opening, within just a few years it became obvious that it was far too small.

Within ten years it would move to its current location, on Vail Street. With 75 beds, a basement and three floors, it was described in publications as "one of the most modern and up-to-date facilities of its kind in the state."

Over the next century Mercy Hospital would grow in leaps and bounds. In 1932 an additional wing added 35 beds. Yet another wing was constructed in 1939, adding 40 beds.

Another 110 beds were added in the late 1940s after World War II, raising the hospital's capacity for care to 260. Throughout the '50s and '60s the changes continued: In 1951 the School of Radiology Technology opened, the diagnostic wing opened the following year, and a laundry and purchasing department came in 1959. Mercy added the intensive-care unit in 1965, a coronary-care unit by 1969.

During the 1970s Mercy once again made the decision to expand by adding a new surgery suite; a dietary department; emergency room; and more beds, its largest increase to date: 160.

On June 5, 1995, the Sisters of Mercy made the decision to sell the facility to Carolinas Medical Center.

In the early 2000s, there was hope to update the gothic-style building, built in the 1930s, but, disappointingly, it was determined that the foundation was beyond repair. Much of the structure was demolished to make way for the hospital that stands today.

With the additions and renovations that took place in March 2007 came an unexpected discovery: four gravestones and 13 gravesites. The markers range in date from 1771 to 1778 and bear such names as Barnet, Bingham and Sprot. City records indicate that during Colonial times the site was indeed the Sprot family's burial grounds. 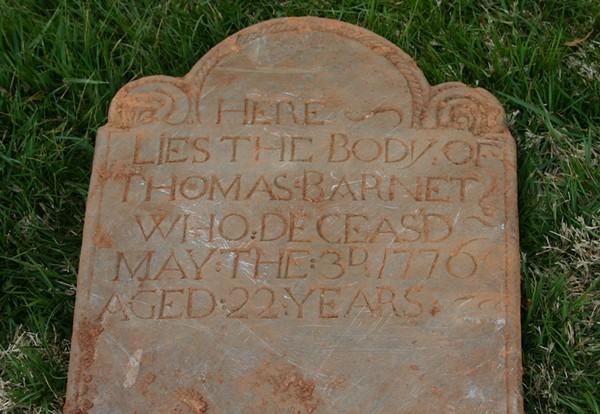 Accounts vary as to how the plots ended up beneath the hospital. One theory is that when the then-suburban lot for the hospital was originally purchased by Bishop Leo Haid in 1916, the former owners may have covered over the graves, as evidenced by the presence of 20th-century fill dirt, simply for convenience's sake. The other theory is that the graves were covered in an effort to protect them and see that they remain undisturbed. The facts have been lost in the passage of time.

The remains of the Sprot family were subsequently moved to a more peaceful resting place (Steele Creek Presbyterian Church) and CMC-Mercy stands today.

« The rundown of Spoleto Festival  |  Charlotte to participate in worldwi… »