Comic Afterthoughts Who are the Inhumans?

This month, Marvel announced that it was moving forward with a film centered on the Inhumans. They’re not the most famous band of heroes, but if Guardians of the Galaxy proved anything, it’s that any great movie under the Marvel banner will find its audience. Still, you may find yourself scratching your head, asking, “Who are the Inhumans? And do I have to go back to their debut in the 1960s to find out?” 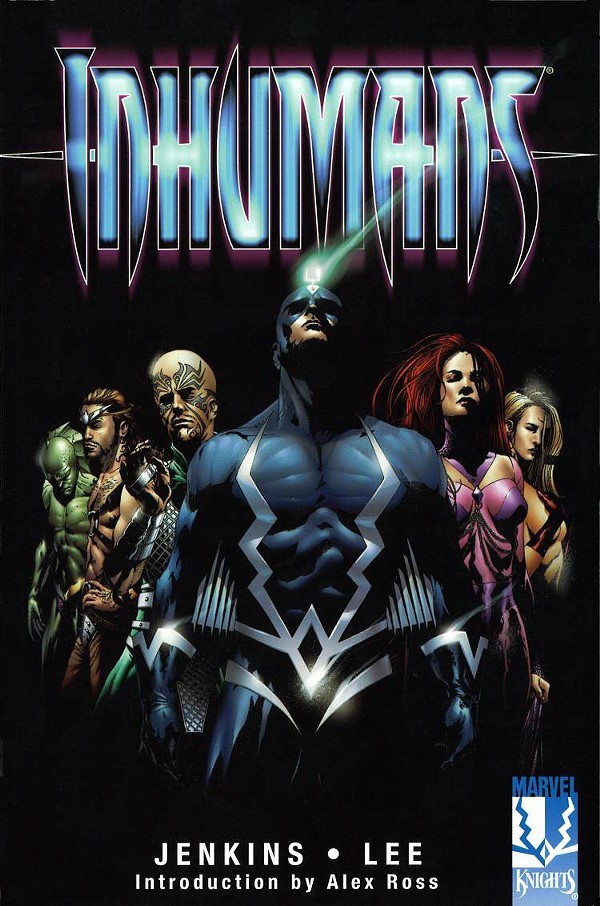 The answer to the latter question is “no.” Over the years, there have been some great tales starring the team. But the best one you’re going to find, for our money, is the 1998 Inhumans limited series written by Paul Jenkins and illustrated by Jae Lae. And if any comic is used as a bible for the new film, it should be this definitive story. (In fact, it’s one of best stories to come out of comics in that decade. That’s a big feat, given that the 90s was the decade that birthed the infamous Spider-Man clone saga, Rob Liefeld’s greatest output, and that Steel movie.)

Still, that first question remains: Who are the Inhumans? Well, using the award-winning limited series from Jenkins and Lee, we’ll introduce you to the cast of characters. We’re not sure how the film will tie into the main continuity of the Marvel Cinematic Universe, but now is the time to familiarize yourself with the team. We’ll start with the leader. 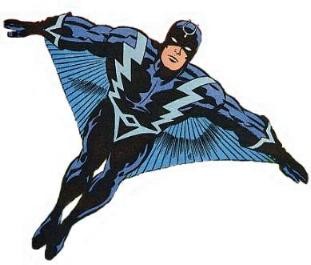 1) Black Bolt.
The race of Inhumans is led by a royal family, and Black Bolt is their patriarch. While heroes like Iron Man may dish out the one-liners during battle, you won’t hear much of that from Black Bolt. Actually, you won’t hear much from him at all. The character is (mostly) mute, due to his powers. When he makes any kind of noise, cities are leveled by his hypersonic voice. Still, he leads, sometimes needing the help of his queen to convey the message. 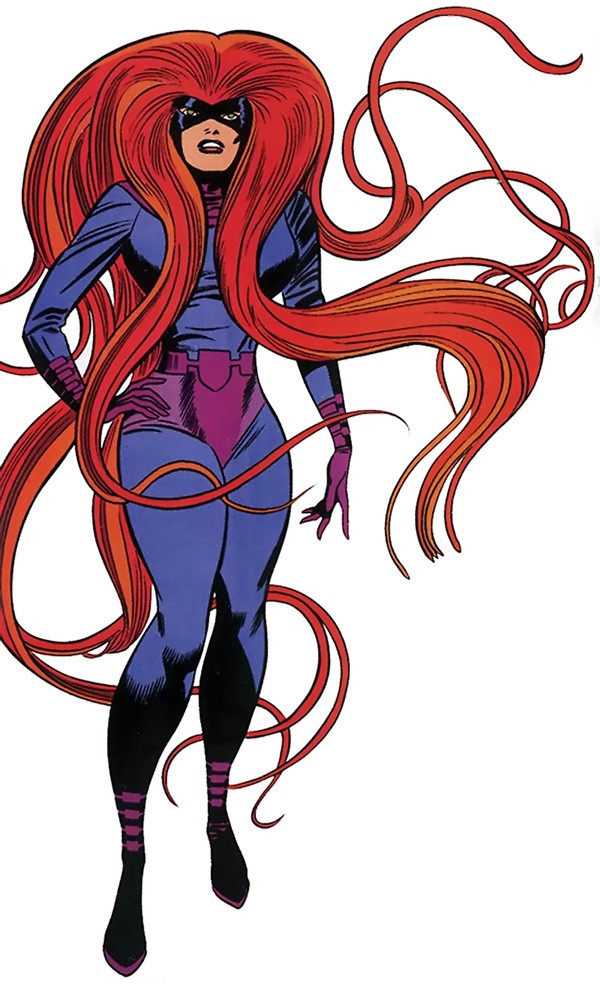 2) Medusa.
Black Bolt’s aforementioned companion is a warrior, and her hair isn’t just that long for looks. It’s actually its own instrument, with an unbelievable strength and independence. She gained her powers via the Terrigen Mists, a substance that rises as a vapor from crystals in the Inhuman world. Some become superpowered after being exposed to the Mists; others become weak and deformed. Over the centuries, the Inhumans have been able to control the substance enough to lessen the amount of misfires. 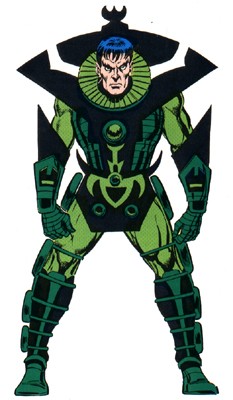 3) Maximus
Maximus the Mad is the brother of Black Bolt, but the Mists had a less obvious effect on the schizophrenic sometime-villain. Maximus serves as the Loki of the Inhumans world. His powers are rooted in mind control, as well as generally being a genius and occasional inventor. He’s not exactly the mirror image of Black Bolt in terms of power, but he’s offered several headaches over the years for the team.

4) Lockjaw.
Lockjaw doesn’t have the personality of Rocket Raccoon, and other characters certainly deserve a higher spot on the marquee. But you’re going to see Lockjaw everywhere if this movie hits. The character is basically a giant bulldog with a two-pronged antenna on his forehead. He’s more than a pet, too; he’s the means by which the royal family of the Inhumans teleport anywhere in the universe. Make a spot on your bed for the Lockjaw stuffed animal now. 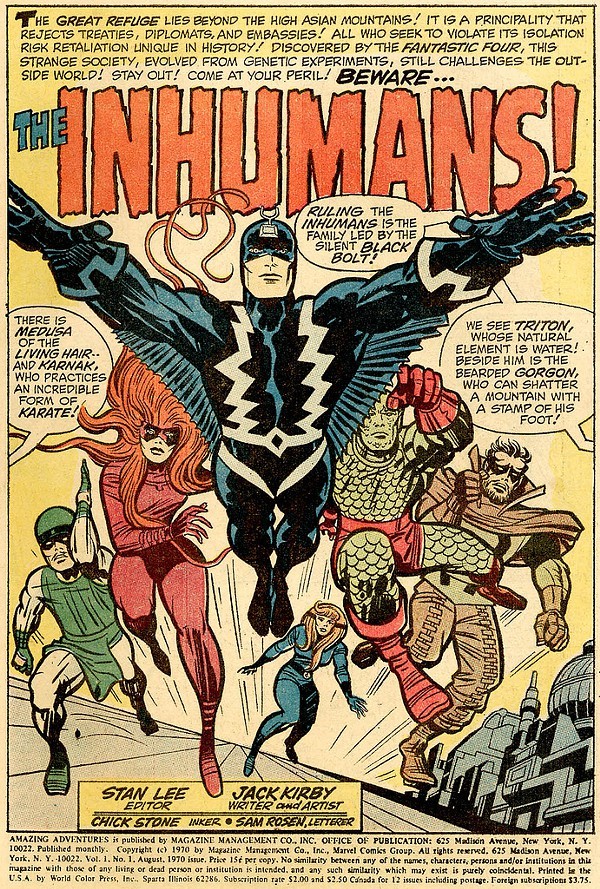 5) The rest of the royal family.
Karnak can find weakness in anyone or anything, making him the chief strategist for the Inhumans. Triton offers super-strength and the ability to breathe underwater, but that’s where he must spend much of his time. Gorgon is the bodyguard for Black Bolt, complete with hooves and the ability to shake the earth. Crystal can manipulate earth, fire, wind and water (which, in another universe, would make her a great foe for Captain Planet).

These are the Inhumans. And although they may not be the super-team you grew up following, it's not too late to pick up a few comics to get to know them. It'll make your theater experience that much better. After all, we wouldn’t have the Marvel Cinematic Universe without Marvel Comics.