The Good and The Bad: Instead of separating the two, it's best to just give a band-by-band rundown...

The day got started with Hail the Villain, a Canadian alt-metal band that was performing on the Jagermeister stage in the parking lot of the amphitheatre. The band had a good energy, but a lot of its actions (and bad rock faces) felt forced.

The Minneapolis quartet New Medicine was up next with its own brand of Warped Tour Rock. I expected something a bit heavier. Nothing to write home about... 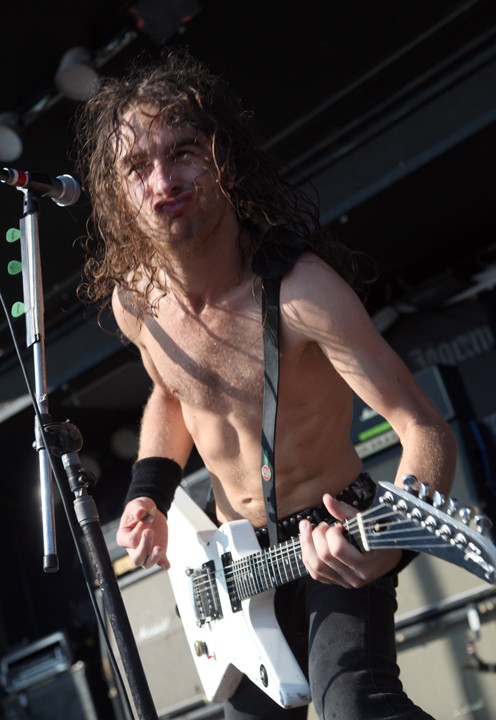 Airbourne was up third and brought their Aussie AC/DC energy to the stage and got the crowd really into it. Singer/guitarist Joel O’Keeffe made the most of the small stage, at one point finding the time to climb on a roadie's shoulders and get carried through the crowd. 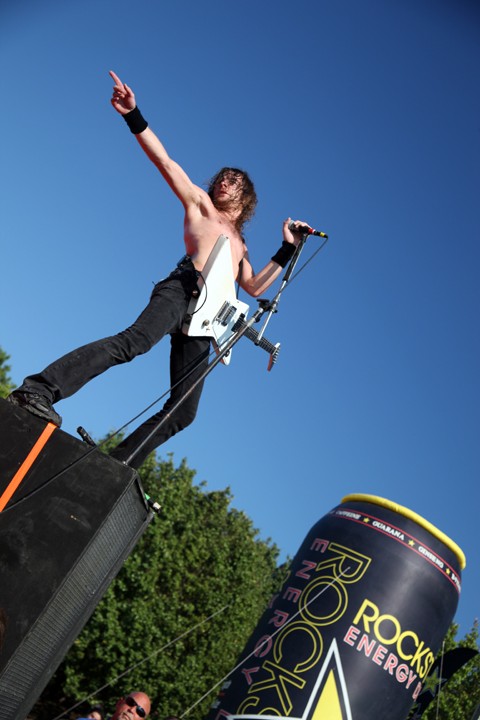 At another point, O'Keeffe climbed up on top of a stack of speakers and finished up a song.

The day on the Jagermeister stage got finished up with a heavy set by metal supergroup Hellyeah. Drummer Vinnie Paul was the first man out, signaling to the crowd as singer Chad Grey made his way out and the band tore into its song "Hellyeah!"

Grey's vocals were fantastic as he growled, spat and screamed his way through song after song. 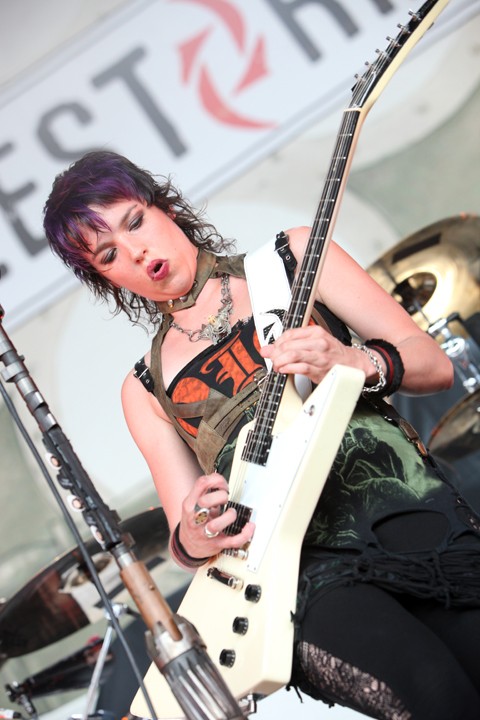 As the "side stage" wound down, the music kicked off on the main stage where Halestorm was the first out. Led by singer Elizabeth Hale (complete with new short haircut) who hit the stage a capella to showcase her power and range. While immense vocal talent was obvious, it was the songwriting that lacked a little bit of oomph to stick in your mind. I left thinking, "Damn, she's got great vocals," but unable to recall a single song title or chorus.

Next up was Stone Sour, led by Slipknot singer Corey Taylor. No masks needed here as the band leans a little more toward rock than the thrash of Slipknot. Taylor found time to sing "Through Glass" on his own before the band kicked in about halfway through. The band also played a few songs from its new album, Audio Secrecy.

Avenged Sevenfold hit the stage after dark with a haunted theme on the stage — gates, backdrops and plenty of fire. The set began when a man jumped from the rafters to appear as if he hung himself as the band played below. Dream Theater drummer Mike Portnoy held his own on the drums, filling in for The Rev, who died from a drug overdose at the end of 2009. While the band's first hit "Bat Country" wasn't on the setlist, rabid fans in the audience loved every minute of the metal bands music.

The night ended with an hour-long set by Disturbed, a band that doesn't stray sonically far from the sound of its albums. Singer David Draiman's "yawps" are heard in just about every song from the band — which I never noticed as much as I did when I heard them live... kinda sounds like a bird at times. The band played an array of song from its career, including songs from its latest, Asylum.

The Verdict: Some bands were better than others, as expected. Another good way to hear a lot of variety in music all under one roof.

Another Way to Die

Down with the Sickness

Welcome to the Family

Beast and the Harlot 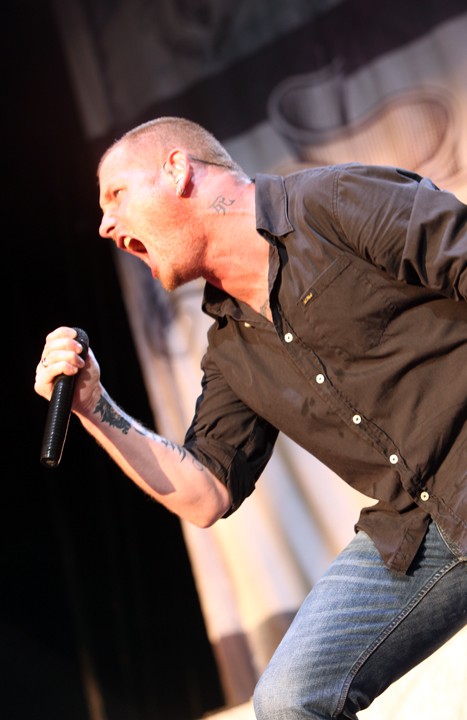 Hell of a Time