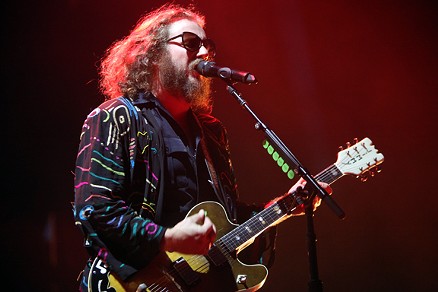 There weren't any rain delays this time around as My Morning Jacket returned to Charlotte for a jaw-dropping set that lasted more than two hours. The night opened with a 45-minute set by indie-pop darlings Lucius, who later joined MMJ for a couple of songs early in the set and returned for the encore. 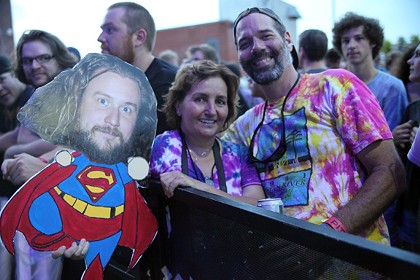 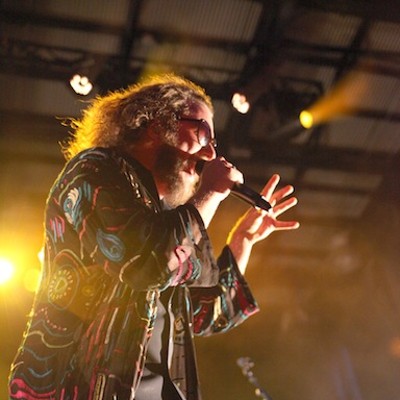 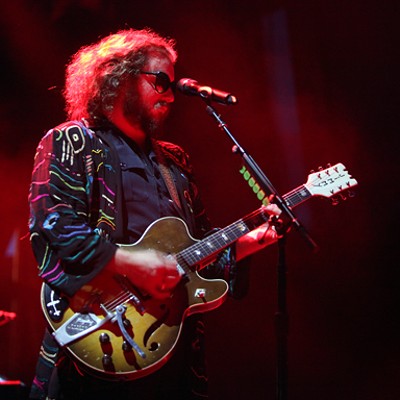 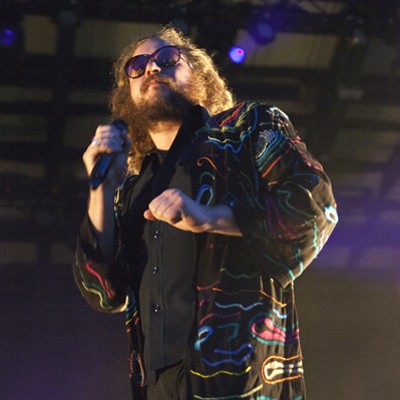 MMJ setlist
Wordless Chorus
Touch Me I'm Going to Scream Pt. 1
Evil Urges
In Its Infancy (The Waterfall)
Circuital
Wonderful (with Lucius)
Like A River (with Lucius)
War Begun
I Will Sing You Songs
Big Decisions
Believe (Nobody Knows)
Lay Low
Dondante
Spring (Among The Living)
Tropics (Erase Traces)
Mahgeetah 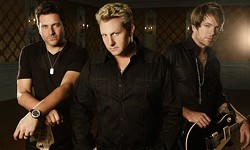 When Rascal Flatts took the PNC stage Saturday night for their ‘Riot’ Tour it was to a completely packed venue, where even those with lawn seats had trouble finding a spare stretch of grass.

The country trio (and family: all three of the members are second cousins) has been on the scene since its debut in 2000 and has since sold over 22.5 million albums and 28 million digital downloads, so it’s not surprising.

The 32 city ‘Riot Tour’ is the band’s first tour back after a spring residency at the Hard Rock Hotel in Las Vegas, and while they always roll out the crowd favorites at their shows, this tour was slightly different from those in the past.

Rascal Flatts’ switched things up a bit this time around by not only adding new musicians to their backing band, but bringing three female backup singers into the mix, adding a nice change of pace. The infusion of female vocals also lent itself well to the band’s altered arrangements, like when Rascall Flat’s launched into a new arrangement on “Praying for Daylight” and switched to a more rockabilly and blues sound for old favorites.

July 18 was a big night for Sam Smith and for Charlottean fans of the British singer-songwriter: it was the singer’s first official show back, after a break to receive vocal surgery for a small hemorrhage on his vocal cords, and nobody knew what to expect. Taking center stage as the curtain fell, he opened his mouth, and within two notes of his hit "Life Support," Smith managed to effectively obliterate any lingering doubts that he might not be up to performing at his fullest.

Smith has blown up very quickly in the last year: his debut album In the Lonely Hour was 2014’s third biggest-selling album, he earned six Grammy nominations, and lead single "Stay With Me" became a revolving favorite on national pop radio stations around the world. But despite all of this commercial success, the 23-year-old singer still gives off a general air of surprise as he stood on stage, gazing around Time Warner Cable with a huge smile on his face.

“The first thing I said when I walked into this room today was ‘I can’t believe how big this place is,” he said, in awe of the packed stadium. “And I can’t believe anyone, even one person showed up, much less that all of you know who I am!”

The Boys of Zummer tour — featuring the unexpected pairing of Fall Out Boy and Wiz Khalifa — hit PNC Music Pavilion on Sunday night and neither artist held back on the hits. There was plenty of singing along — and women screaming — for the groups. Sure, pot smoke filled the air during Khalifa's set (no surprise there), but the crowd seemed as enthused about his set as they did for Fall Out Boy, who have enjoyed a bit of a resurgence since reuniting in 2013.

The night got started with a brief set by Hoodie Allen — whose guitarist, sadly, was singing more on key than Allen. Of course, perhaps Allen was distracted by a woman on the lawn holding up a large sign — readable from the stage — which read "Eat my ass!"

Not long after, Khalifa made his way toward the lawn to perform one of his songs from a small stage, where he was surrounded by a handful of women flashing their breasts at the rapper. At least, for decency reasons, it was dark outside during Fall Out Boy's hit-clustered set... Way to keep it classy, Charlotte.

Because sometimes you need some good ol' punk rock in your life... The California band, which formed back in the late '80s performed at the Plaza Midwood venue on Wednesday night. 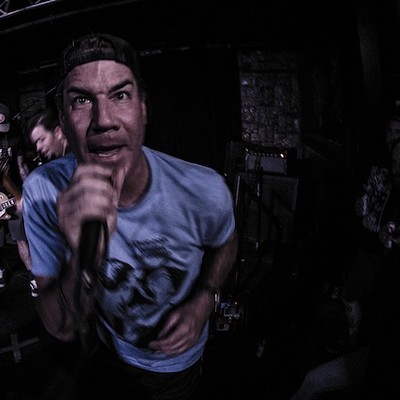 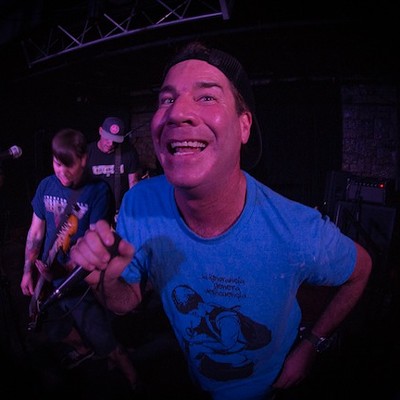 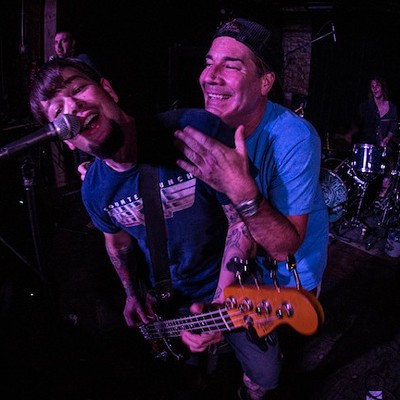 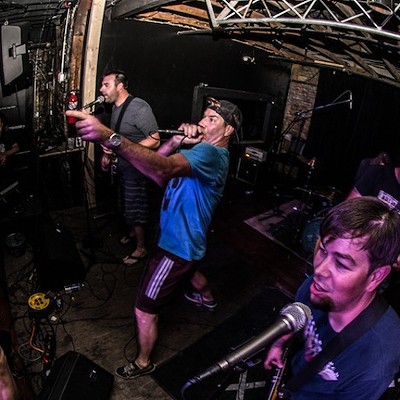 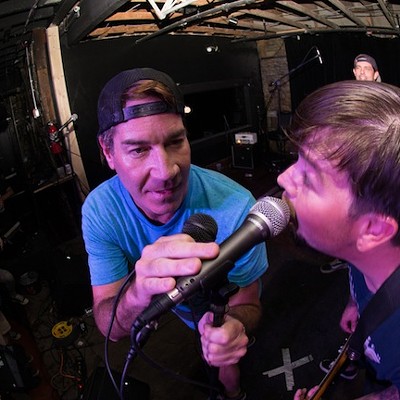 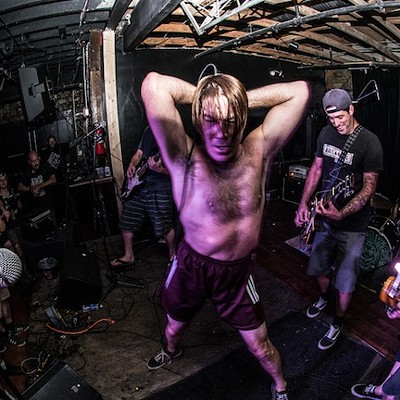 Charlotte rapper Lute has released a teaser for his anticipated album, West '96 Pt. II: Still Slummin'. The mixtape, a followup to his 2012 album West 1996, is set for release at the end of the month on the 8910 music label which also features former Forever FC members Jimmy Kelso and High I'm Ry along with Twist Berlanga and Rashaun Hampton.

I braved the sweltering heat for roughly eight hours on Tuesday to take in all that is the Vans Warped Tour. This year was a bit frustrating in that a lot of stage times overlapped. Where in previous years they were scattered and you could catch at least part of dozens of bands, this time around you had to be a bit more picky about who you wanted to see. One of the first bands I caught, '68, blew my mind. They're a two-piece band that plays like a heavier Black Keys without any polish. It was really the only band that I left the day saying, "I want to see them again as soon as possible, and for a longer duration than the band's 25-minute set." In fact, they're the only band all day for whom I stuck around to watch their entire set. Sure, the big names like Black Veil Brides still put on an entertaining show; and off-the-radar acts like Beautiful Bodies did their best to get people to take notice, too. Meanwhile, Mod Sun looked like he just stepped off a California beach and Bebe Rexha looks like she missed the bus for the Katy Perry tour.

Here are some of the sights from this year's Charlotte tour stop: 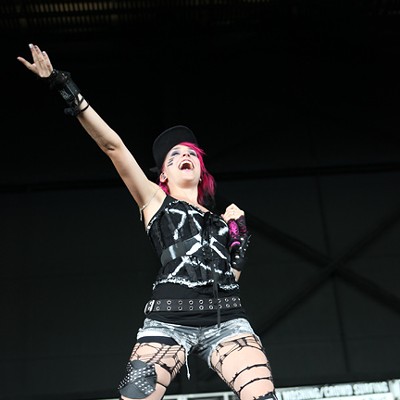 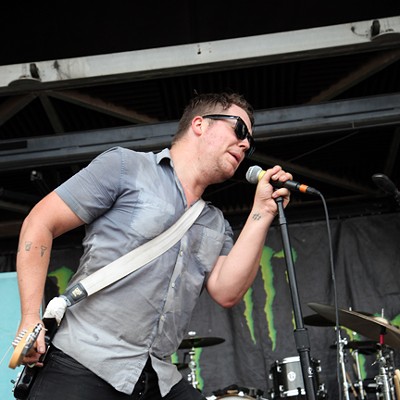 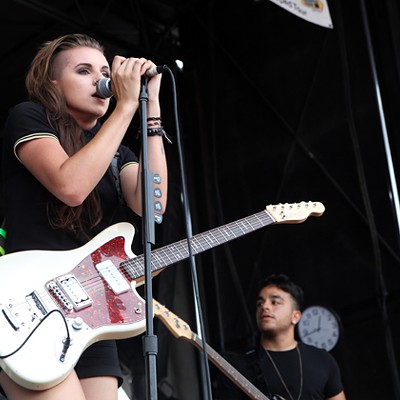 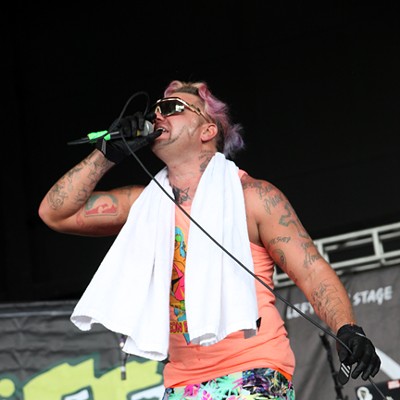 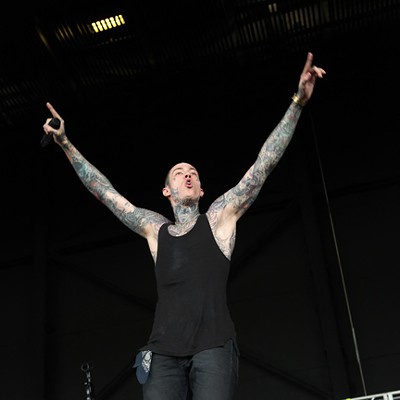 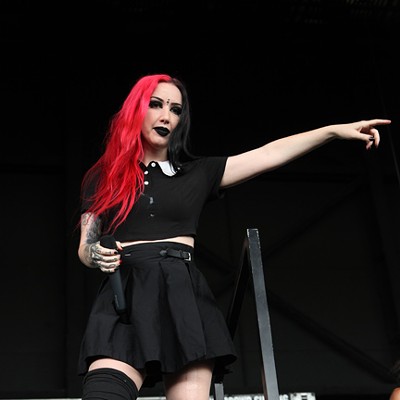 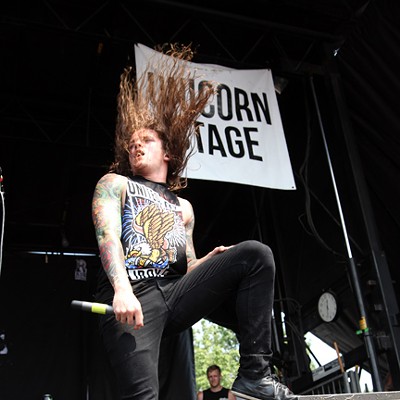 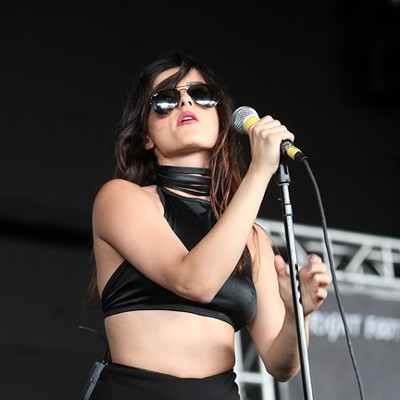 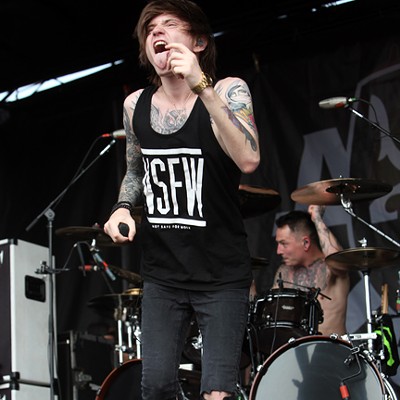 Local artist Joe Borruso was struck by a drunk driver while walking down Parkwood Avenue on June 28. He is currently in intensive care having sustained serious injuries including a partial leg amputation. He's also had spinal surgery and a lengthy recovery time is expected.

The Charlotte community is banding together to raise funds to help with his growing medical expenses. In addition to a YouCaring page that has raised more than $12,000, a benefit concert is planned for July 12 at the Neighborhood Theatre. The lineup includes an acoustic set by Adam Lazzara and John Nolan of Taking Back Sunday along with performances by Paint Fumes, Animals, Mthr, Modern Primitives, Aswell, Shadowgraphs, Fat Geoff, Bo White y Su Orquesta, Cabron and DJs Elon & Buckmaster. Tickets are $20-$30.

When the Rolling Stones closed their set in Raleigh last night, it was with a fireworks display. I have to admit, I grinned like an idiot.

They'd closed on "Satisfaction," the second song of their encore. Like all their songs that evening, it set much of the audience dancing and singing. Teenaged hippies in loose, unbuttoned shirts gyrated goofily in the aisles while people their parents' and grandparents' ages lit up - during this song in particular the smell of pot smoke was overpowering. Onstage, Keith Richards smiled and chugged through the famous riff. He flubbed it plenty, but he didn't seem concerned.

Fuck it, he seemed to be thinking. We're the Rolling Stones.