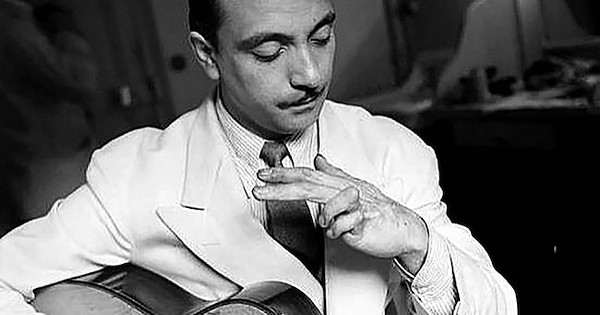 When Charlotte musician Vadim Kolpakov's fingers flitter across the nylon strings of his blonde, cutaway 7-string Kremona guitar, he is carrying on a music tradition that began centuries ago in India, and spread to countries across the Middle East, Europe and the world.

The Gypsy music tradition is bound by a culture that values virtuosity, but also good fun. Romanies dance and sing and clap and snap and tap their instruments percussively. When Kolpakov and his nephew performed recently on Creative Loafing's Local Vibes podcast, he would occaionally yell out "Ole," like a flamenco guitarist, as he churned rhythmically on his instrument.

To get a better understanding of the scope of Gypsy music, check out these 10 albums, beginning with the familiar Gypsy jazz of the great Romany guitarist Django Reinhardt, whose "Minor Swing" most Americans know from movies such as the Johnny Depp vehicle Chocolat. Then dive deeper to explore the poetic Romany-Romanian music of Taraf de Haidouk, the flamenco guitarists of Spain and the Gypsy punk of the New York-based Gogol Bordello, led by Ukranian-born Eugene Hütz.

This is a small sampling, for sure, but these 10 albums will get you on your way to experiencing the joys of the Gypsy tradition.

There are many Hot Club recordings, but this is a good, concise sampling of the great Gypsy jazz guitarist's work with violinist Grappelli. 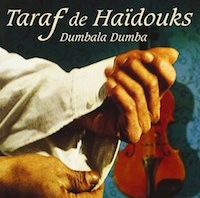 The third release from this Romany-Romanian ensemble is the best place to start, as it was recorded in the casual environs of the group's home in Clejani, Romania, as well as in Bucharest, and features numerous guests on a set of warm, exciting percussive, accordion- and violin-fueled tracks such as the lilting "Padure Verde, Padure" and urgent "Rustem." 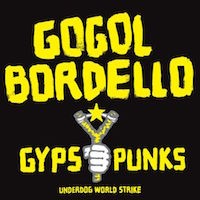 On the opposite end of the spectrum, this New York-based band blasts its way through a head-spinning set of Gypsy-punk on a classic album produced by Steve Albini (Big Black, Nirvana). The om-pah opener "Sally" finds frontman Eugene Hütz coming off like Café Tacuba's Rubén Albarrán fronting a Roma version of the Sex Pistols. From there, total mayhem ensues.

A Tribute to Stesha: Early Music of Russian Gypsies (Naxos, 2005)

In one delightful collection, the Kolpakovs join Talisman for a stellar homage to 19th century Russian-Gypsy diva Stepanida Soldatova, who went by the name Stesha.

This survey presents Balkan brass, Gypsy swing, flamenco and Romanian artists all in one package, and includes a bonus disc from Bela Lakatos & the Gypsy Youth Project. 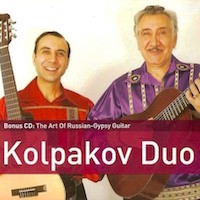 The Rough Guide To The Music Of Russian Gypsies (World Music Network, 2010)

Another Rough Guide survey, this one focuses on Russian Gypsy music from several artists, including violinist Nikolai Erdenko, singer/actor Igor Krykunov, the legendary Gelem, and Talisman. It also includes a second bonus disc of music entirely from the Kolpakov Duo of Vadim and Alexander.

A bittersweet set featuring the Kolpakovs, it runs from the warm and nostalgic title track to the darker "In Aushvitz." 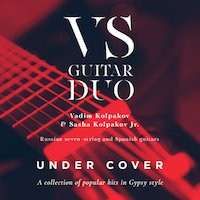 A great place for the unfamiliar to get your feet wet, Vadim and Sasha Kolpakov serve up a mix of Gypsy-style rhythms and melodies in a set of traditional, jazz and pop interpretations of familiar songs by Michael Jackson, Adele and others.

Listen to selected tracks from these collections: