A Stand-Up Comedy Lesson From a Local Pro

Nine More From the Road 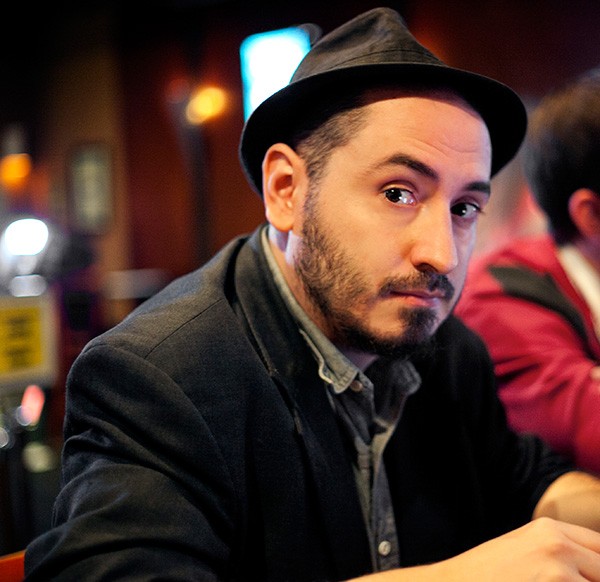 Editor's note: When we found out Charlotte stand-up comic Carlos Valencia was recording another comedy album here in the Queen City, two thoughts came to mind: We can write a story about it (boring) or we could just let him write something himself (funny). It was a no-brainer. Valencia will be recording the album during his performance on the "All Organic Comedy Show hosted by Jake Manning" at the Evening Muse on Wed, April 19. Show starts at 10:30 p.m. and costs a measly $3. How can you resist that? And how can you resist reading this piece by the man himself?

If you are anything like me, you often wonder if crickets find any kind of noise annoying. Also, you're not a big fan of stand-up comedy classes.

When I first heard of them I thought stand-up comedy classes must be an advanced course at clown school. Turns out they're actually a profitable business many comedy clubs engage in to provide prospective comics with an introduction to doing stand-up comedy. I've never actually signed up for one of these classes, but much like Michael Bay movies, I've had some terrible friends persuade me to sit through several of them. I won't go as far as saying all comedy classes are absolutely horrible, but much like that infamous 2001 tragedy we will never forget, a lot of people are going to die, and the ones who survive are going to be scarred forever. That 2001 tragedy being, of course, the Michael Bay film Pearl Harbor.

That's why I'm here to help. I started doing stand-up comedy in Charlotte over a decade ago and have since lived in Atlanta, New York City, and the back seat of a Toyota Yaris. I've done comedy across the country from Seattle to Miami and everywhere in between — except for Utah. I'm saving Utah for when I'm ready to settle down, have a few kids, and marry the seven women of my dreams.

My point is, the only real way to learn comedy is by doing comedy. There are a lot of lessons you learn from traveling the country doing stand-up that you would never learn from taking a comedy class, and I would like to share a few I've learned along the way:

Lesson #1: There are a lot of lessons you learn from traveling the country doing stand-up that you would never learn from taking a comedy class. Did I mention this already?

Soon after I started doing comedy in Charlotte one of my main goals was to get the hell out of Charlotte. It's not that I hated the town, but at the time I started doing stand-up we only had one comedy open-mic at a now-defunct coffee shop on Elizabeth Avenue called SK Netcafe. The entire comedy scene consisted of about a dozen wannabe comics who would meet up once a week to tell terrible jokes at anybody unfortunate enough to stop by for coffee after their Wednesday night classes at CPCC. 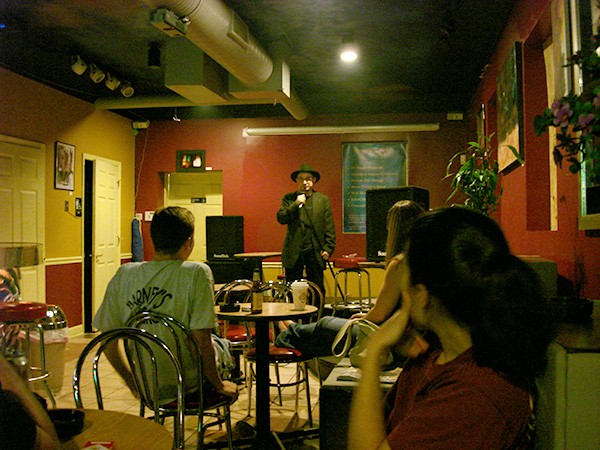 It didn't take long to grow tired of doing the same show, at the same place, for the same people week after week, so whenever the opportunity arose to perform anywhere outside of Charlotte I immediately embraced it. Even if it meant doing a show at a biker bar in rural Arkansas.

Lesson #2: If you're doing a show at a biker bar in rural Arkansas, you may be in for a shitshow.

If you're doing a show at a biker bar in rural Arkansas where half the audience is already drunk before you step up to the mic, you're probably in for a shitshow.

If you're doing a show at a biker bar in rural Arkansas where half the audience is already drunk before the show, and when you meet the bar owner you realize he's even drunker than most of the patrons, you're most definitely in for a shitshow.

Lesson #3: If, after you miraculously survive performing the shitshow, the now-even-more-hammered bar owner tells you the show ran short and insists you must do an encore, you are guaranteed a shitshow on top of a shitshow — a shit sandwich, if you will, where two comics play the part of the (dead) meat.

With all the tact of a man on his ninth shot of moonshine, the owner of said bar at said shitshow informed me and the headliner that our booking agent had promised him a two-hour show. And since I had only done 30 minutes and the headliner 50, that still left us with 40 minutes to fill.

Once I got over the shock that a man in his state (of inebriation) could do math, I came to the realization that I was royally fucked. I had already blown my proverbial comedy wad during my opening set and had no more material to fall back on. The only option I had for the first encore of my career was to talk to the audience, or do "crowd work," as they call it in the business. 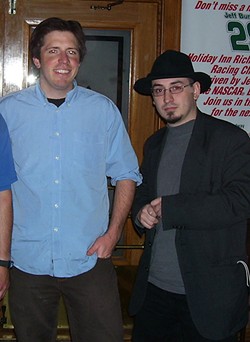 Lesson #4: When you're new to stand-up, your crowd work is going to suck and suck HARD. I would make an analogy as to how hard it sucks, but I can't think of anything that doesn't involve crack whores or lewd sex acts, and I'm trying to keep this motherfucker clean.

I always hated crowd work, and had little to no experience doing it, so given my lack of expertise, I resorted to falling back on one of the most tried and hackneyed forms of crowd work ever invented: commenting on the audience's clothes.

"Hey, where did you get that shirt? The shirt store for people who buy shirts that aren't as nice as other shirts?"

I didn't really say that, but I might as well have. It's as good a line as probably anything I had that night.

Lesson #5: It's particularly hard to deconstruct an audience's wardrobe when practically every person in attendance is wearing a seemingly indistinguishable combination of boots, jeans, T-shirt, leather jacket, and bandana with an interchangeable combination of American/Rebel/Snake flag and bald eagle emblems.

Luckily, at one point during my poor man's Tim Gunn attempt at fashion critique, I shielded my eyes from the stage lights and managed to notice an older fellow a few tables back from the front who stood out by way of having one of his pant legs rolled up to his knee. Having run out of hilarious quips about bald eagle hair loss, and not wanting to tread on material about Gadsden flags, I locked in on the man and asked him why he had rolled up his pants.

The people sitting at his table immediately laughed out loud and started egging him on to dance. This seemed like an odd reaction to a question about rolled-up pants, but it was probably the biggest laugh I had gotten all night, so I decided to roll with it and encouraged the old man to cut a rug myself. I was fresh out of material and if this guy was willing to fill time by doing the soft-shoe, I was more than willing to indulge.

It took about two and a half seconds for me to convince him. That's when he rolled up his pants another four inches, straightened out his leg, wrapped both hands around his exposed calf, and then pulled his leg RIGHT THE FUCK OFF.

Turns out rolling up his pant leg wasn't so much a fashion choice, but a choice of convenience. The man was wearing a prosthetic leg below the knee that he apparently wasn't shy of drunkenly showing off, or taking off all together.

Needless to say, he wasn't exactly a world-class dancer, but I'd be surprised if Baryshnikov himself ever elicited a more enthusiastic ovation as old Stumpy McPogostick did with his immaculate display of one-legged hopping grace.

Lesson #6: When a drunken senior citizen missing half a leg starts hopping around, dancing in front of a crowd of 80 shitfaced bikers, laughing and hollering like they're trying to recreate a scene from Roadhouse, that is the end of your set. Do not try to top it. You never will.

Lesson #8: Comics are awful at following their own advice.

Lesson #9: Sometimes doing shows in your hometown isn't such a bad idea.

I've lived in Atlanta and I've lived in New York, but I'm back in Charlotte now and a lot has changed since I first started here.

For one thing, I'm better at doing crowd work (I still won't fuck with anybody who rolls up their pant leg, though), and for another, the local scene has grown tremendously in the past 10 years.

There's still room for growth and improvement, but I'm glad the scene has grown as much as it has.

It's the reason I'm currently able to record a comedy album, 11 years later, in the town where I started my career. I wouldn't be able to tell you how many local comics there are in Charlotte now, but I'm pretty sure it's more than a dozen — a lot more than a dozen, actually.

So many, come to think of it, I might be able to make a good chunk of change teaching a comedy course.

Did I mention how much I love comedy classes?

And how about one more for the road? Here, Valencia offers a tip on saving money when you're out touring this great country: