Adjust Your Tracking, Jack Ryan: Shadow Recruit, The LEGO Movie among new home entertainment titles | View from the Couch | Creative Loafing Charlotte
Switch to the mobile version of this page. 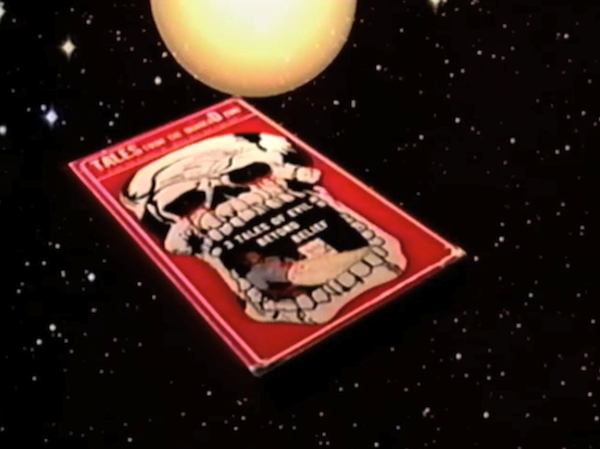 ADJUST YOUR TRACKING (2013). If vinyl can make a comeback, why not VHS? That's the question posed by one of the participants in Adjust Your Tracking, an entertaining documentary that played Charlotte as part of the Back Alley Film Series and is now hitting the home market on DVD and, yes, VHS (the latter sold exclusively at www.adjustyourtracking.com). Subtitled The Untold Story of the VHS Collector, the film briefly traces the history of movies on videocassette, charting its revolutionary debut in the late 1970s through its near-extinction once DVD became the primary method to watch movies from the comfort of one's couch. Directors Dan Kinem and Levi Peretic managed to track down some terrific vintage commercials for this section, including an ad for an apartment complex in which new tenants are promised a "free video recorder" for moving in. There are also commercials for the obvious villain of the piece: Blockbuster Video, which effectively killed off the nation's mom 'n' pop video stores. The movie's main focus, however, is on the various folks who continue to collect and cherish old videos. The reasons for their devotion are many: the nostalgia factor; the appreciation for the format's distinctive imperfections (chiefly, the snap, crackle and pop heard during playback); the thrill of selling and trading (collector Eric Spudic bought the Holy Grail of rare videos, a 1987 low-budgeter named Tales from the Quadead Zone, for $2 at a store and sold it online for $660); and the simple fact that the vast majority of VHS titles have never made it to DVD or Blu-ray. And although it's not emphasized, there's also the attraction of playing the old-guard maverick in a world that has turned its back on the format. As one interviewee amusingly notes, "The people who hate tape, it's like you're asking them, 'Hey, do you have diapers filled with vomit?' 'Oh, no! Why would we have those!?'" 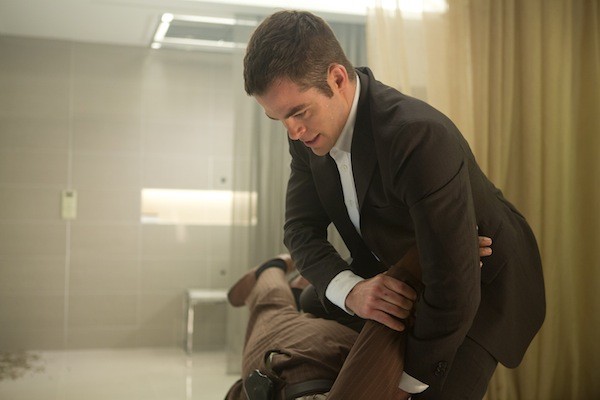 JACK RYAN: SHADOW RECRUIT (2014). Jack Ryan should have quit while he was ahead. The hero of numerous novels penned by the late Tom Clancy, the stalwart CIA analyst (among other careers) was successfully brought to the screen in 1990's The Hunt for Red October (with Alec Baldwin essaying the role), 1992's Patriot Games (Harrison Ford), 1994's Clear and Present Danger (ditto) and 2002's The Sum of All Fears (Ben Affleck). That '02 effort was an attempt to reboot the franchise after an eight-year hiatus, and while the movie was a hit, no further adventures were filmed. So Jack Ryan: Shadow Recruit is in effect the second try at resuscitating the series, but it only succeeds in demonstrating that, like last year's dreadful Die Hard sequel, some beloved franchises are best left undisturbed in the video bins of our mind. While Sum felt like a prequel to the first three pictures — Ryan's career was just revving up — Shadow Recruit is its own creation, starting completely from scratch (tellingly, this is the first Ryan film not based on a Clancy novel; instead, a script that had nothing to do with the character was rewritten for this cinematic plug and play). The story begins in 2001, with Ryan (Chris Pine) attending college in London when the Twin Towers fall. A tour of duty follows, along with injuries that put him in the company of both medical student (and future wife) Cathy Mueller (Keira Knightley) and CIA agent Thomas Harper (Kevin Costner). Cut to 10 years later, and Ryan's now living with Cathy and working undercover for the agency. His job is to spot financial irregularities that might signal criminal activity, and he locates a doozy that leads him to Moscow, where a bigwig named Cheverin (Kenneth Branagh, who also directed) is plotting to bring down Wall Street. The previous Ryan exploits were meaty endeavors with plenty to engage our senses and our smarts, but the dull Shadow Recruit is distressingly bare drudgery, with a story that could fit on a cocktail napkin from one of Jay-Z's lavish parties. There are no narrative surprises, just a straight line connecting predictable plot points, and while Pine has proven to be aces as Star Trek's Captain Kirk, he's rather bland here, and his turn only accentuates Costner's gravitas in the role of his mentor.

Blu-ray extras include audio commentary by Branagh and producer Lorenzo di Bonaventura; a behind-the-scenes featurette; deleted and extended scenes; and a piece on Branagh's work on the film.

THE LEGO MOVIE (2014). Even the second coming of Christ won't receive as much hype and fanfare as The LEGO Movie, which upon its theatrical release was hailed by so many folks (critics and audiences alike) as the greatest animated film of all time that the rest of us were forced to wonder if we only imagined the existence of such masterpieces as Pinocchio, Toy Story and Spirited Away. An ADD-friendly effort that will please adults because of their own pop-culture savvy and children because they're, well, children, this employs those building blocks right from the start and keeps 'em coming until a third-act twist. Of course, it's all a bit disingenuous since the Legos aren't for the most part actual plastic building blocks but computer-generated pixels, but that's to be expected in these post-Ray Harryhausen/Willis O'Brien times. At any rate, the picture sports a unique look, even if adjusting to it feels a bit like having to get used to Peter Jackson's High Frame Rate on the first Hobbit film. The plot is the usual pablum about an ordinary guy who against all odds morphs into a beloved champion — in this case, it's Emmet (voiced by Chris Pratt), a construction worker with no friends but plenty of bad entertainment choices (his favorite TV show is a bit of inanity called Where Are My Pants?). But Emmet begins his journey from zero to hero after he's pegged by punk girl Wyldstyle (Elizabeth Banks) and wizard Vitruvius (Morgan Freeman) to be a "Master Builder," the chosen one who can stop the evil Lord Business (Will Ferrell). Walt Disney understood the value of a short running time in a family film — 64 minutes for Dumbo, 70 minutes for Bambi, etc. — and with a 100-minute run time, The LEGO Movie often does feel like too much of a good thing; I was satiated more than once. But it would be curmudgeonly not to enjoy many of the gags that the film has to offer — I was especially amused by the depiction of Green Lantern (Jonah Hill) as a pest to an irritated Superman (Channing Tatum) — and the late-inning turn of events provides it with some moral and even philosophical heft.

The Everything Is Awesome Edition (out June 17) contains the Blu-ray, the DVD, a Digital Copy and the 3-D Blu-ray. Extras include audio commentary by co-directors Chris Miller and Phil Lord and select cast members; behind-the-scenes featurettes; deleted scenes; outtakes; an "Everything Is Awesome" sing-along; and ... Batman! Oh, yes, the set also comes with a Vitruvius LEGO minifigure. 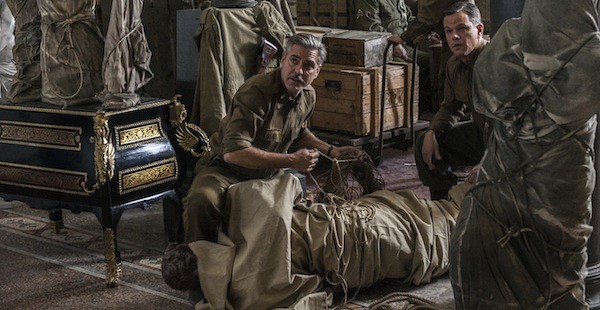 THE MONUMENTS MEN (2014). This World War II yarn, based on a true story, is the sort of picture for which no expense was spared, given its high production values and A-list cast. It's also the sort of picture that one wishes were better, as the number of missed opportunities seemingly equals the number of unexploded landmines at the war's close. It's deep into the global conflict, and art preservationist Frank Stokes (George Clooney) is being given the go-ahead by FDR to assemble a group of men with the purpose of hightailing it to Europe, where they'll try to locate and take back the thousands of paintings and statues that the Nazis have stolen during their tear through various countries. Clearly, it's a daunting assignment, so Stokes recruits the best that the U.S. art world has to offer — among them museum curator James Granger (Matt Damon), architect Richard Campbell (Bill Murray) and sculptor Walter Garfield (John Goodman). With war movies a rare commodity these days (just like Westerns and musicals), it's usually a pleasure when a new one appears on the horizon, and this particular picture has enough going for it to deserve a look. The manner in which it mulls over the notion of Art vs. Life particularly gives it some degree of heft; it's just too bad that all aspects of the movie aren't as worthy of such contemplation. The characterizations are a joke, with practically every character assigned one trait or quirk to differentiate him from the rest; when characters die, it's hard to get emotional because we know next to nothing about them. As for the ample humor, much of it is barely worth a wan smile (many quips sound like outtakes from a wheezy vaudeville act), and the drama rarely reaches a boil, preferring instead to remain lukewarm (a climactic The Russians Are Coming! The Russians Are Coming! segment proves to be especially feeble). I appreciate Clooney (who also directed and co-scripted with Grant Heslov) shining light on this historical footnote, and the movie is accomplished enough to inspire viewers to further examine the real story. But with its shallow characters and hopscotching narrative, The Monuments Men frequently recalls the board game Risk, as both feature largely indistinguishable tokens making their way across a war-torn surface that's noticeably flat.

Blu-ray extras include deleted scenes; pieces on Clooney and the rest of the star-studded cast; and a look at the real Monuments Men.

STRANGER BY THE LAKE (2013). The most explicit non-porn film I've seen since John Cameron Mitchell's excellent 2006 effort Shortbus, writer-director Alain Guiraudie's French import is a triumph as a study of human behavior in the face of rampant sexual desire but a misfire as the murder-mystery it haphazardly attaches onto its main frame. The entire film is set at a secluded stretch of beach where gay men gather to swim in the water, tan in the sun and hook up in the bushes. Franck (Pierre Deladonchamps), a good-looking young man, is slow to get started in the cruising department, spending time instead with Henri (Patrick d'Assumçao), a portly older man (think Gerard Depardieu) who frequently visits the beach because he finds it a quiet place to think. Henri is also gay but platonically so, and he solely enjoys hanging out with Franck for the company — indeed, their scenes together are the film's best, thanks to Guiraudie's revealing dialogue and d'Assumçao's poignant performance. Franck eventually does hook up with another man (and, yes, the camera even captures the cumshot), but he's mostly interested in a handsome stranger named Michel (Christophe Paou), who he later witnesses drowning his partner late one afternoon. Obviously, Franck should report what he saw to the authorities; instead, he enters into a carnal relationship with Michel. But matters become more complicated once a police inspector (Jérome Chappatte) arrives on the scene and starts asking a lot of questions. American cinema is so timid when it comes to sexuality — especially homosexuality — that it's refreshing to see a film that accepts it in such a matter-of-fact manner. But while the character relationships are nicely delineated, the thriller aspects are surprisingly anemic, with little in the way of logic, suspense or even rooting interest. Still, this was wildly praised by many critics, with the gang at the French film magazine Cahiers du Cinema naming it the best film of 2013.

Blu-ray extras include an interview with Guiraudie; deleted scenes; an alternate ending; and theatrical trailers.

Want to Play Bingo? Here Are 5 Simple Rules to Remember

What’s going on with Bill Haas?

Fire-Related Injuries In Charlotte On The Rise