Divergent: An OK YA adaptation | Reviews | Creative Loafing Charlotte
Switch to the mobile version of this page.

Divergent: An OK YA adaptation 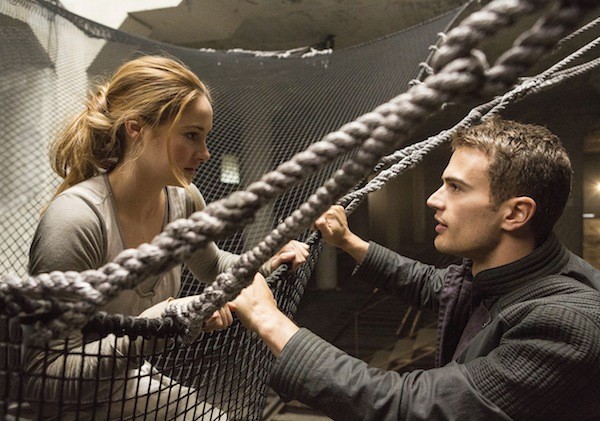 In the ongoing struggle to discover another Young Adult title that might possibly earn Twilight- or The Hunger Games-like dough — adaptations like Beautiful Creatures, The Host and The Mortal Instruments: City of Bones all fell disastrously short — Divergent appears to have a better shot than most. It's a movie that gets better as it proceeds, and it's easy to imagine the series as a whole working in similar fashion, with each subsequent installment better than the one which preceded it.

For now, we're off to a shaky start with the first installment in the franchise penned for the page by Veronica Roth. It's the future, and people choose to belong to one of five separate factions: Abnegation, the selfless ruling class; Erudite, the brainiacs seeking to overthrow Abnegation; Dauntless, the city's protectors; Candor, full of truth-tellers; and Amity, those happily toiling in the fields. And then there are Divergents, those who don't fit into any one class and are deemed dangerous by Erudite. Sixteen-year-old Beatrice "Tris" Prior (Shailene Woodley) is Abnegation by birth and Dauntless by choice — she's really a Divergent, though, which pits her against the Erudite leader Jeanine Matthews (Kate Winslet).

Divergent stumbles out of the gate, largely because it's hard to ignore its derivative nature: Tris' ordeals often bring to mind those of The Hunger Games' Katniss Everdeen, while all that's missing from the ceremony in which each teen must choose his or her faction is Professor Dumbledore's Sorting Hat. But as the story finds its own way, the film improves, offering a nice contrast in Dauntless leadership between the tough but tender Four (pursed-lipped Theo James) and the cruel and callous Eric (sneer-lipped Jai Courtney), placing Tris and the other recruits through some grueling tests (both mentally and physically), and generating some real tension as Jeanine and her fellow fascists instigate their coup d'etat. The film eventually overstays its welcome (often a risk with a running time on the other side of two hours) with a seemingly endless series of climaxes, and while the movie's not quite accomplished enough to leave us breathlessly awaiting the next chapter (as did the last Hunger Games flick), it also doesn't leave us wanting to avoid the sequel at all costs. In the YA film canon, that has to be considered a positive.