Doc Savage: The Man of Bronze, Finding Dory, Punch-Drunk Love among new home entertainment titles | View from the Couch | Creative Loafing Charlotte
Switch to the mobile version of this page.

BURIAL GROUND (1980) / THE TRAIL OF DRACULA (2013). Halloween may be over, but why wait until next October to cover these two late arrivals?

Burial Ground, aka The Nights of Terror aka Burial Ground: The Nights of Terror, is one of those post-Romero zombie cheapies that flowed like blood out of Italy in the late 1970s and early '80s. This one's pretty terrible, not nearly as disreputably enjoyable as 1979's Zombie or 1980's Zombie Holocaust. Unfolding at a country estate and centering on a group of guests being attacked by the undead, it's dull rather than disturbing, although the casting of a 25-year dwarf (Peter Bark) as the 12-year-old son of one of the adults (Mariangela Giordano) makes the characters' Oedipal relationship even more pronounced. 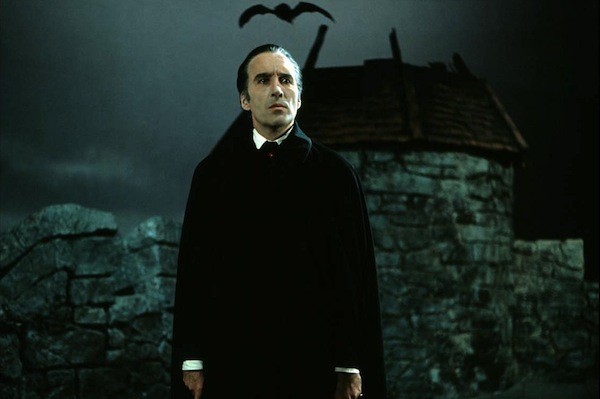 Just over an hour in length, The Trail of Dracula is a documentary in which several film scholars and critics discuss the history of Dracula from the very beginning, touching on European folklores, Vlad the Impaler and Bram Stoker's classic novel before even discussing the film adaptations. It's a fairly interesting piece, yet what makes this DVD worth the purchase price is the inclusion of 43 Dracula movie trailers totaling over 90 minutes. There are previews for such expected titles as the Bela Lugosi version of Dracula and several Christopher Lee outings, but also on tap are more unusual affairs such as Zoltan, Hound of Dracula and the raunchy efforts Dracula Sucks and Sexcula.

Burial Ground comes equipped with both English and Italian language tracks. Blu-ray extras include deleted and extended scenes; a festival Q&A with Bark; and an interview with Giordano. In addition to the aforementioned trailers, DVD extras on The Trail of Dracula consist of interviews with director Werner Herzog (Nosferatu the Vampyre) and actor Udo Kier (Blood for Dracula) as well as audio-only interviews with actor Francis Lederer (The Return of Dracula) and Lee. 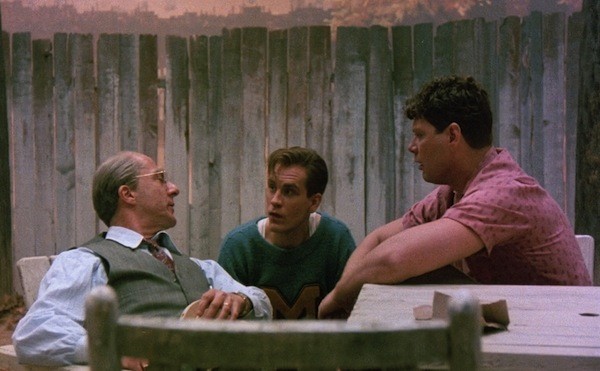 DEATH OF A SALESMAN (1985). Arthur Miller's Pulitzer Prize-winning play, long considered one of the great literary works of the 20th century, receives a faithful adaptation in this production that originally aired on CBS. Its fidelity is no surprise, given that Miller himself wrote the screenplay, yet it ultimately comes off as little more than a filmed play, with few displays of cinematic techniques at work. Dustin Hoffman stars as Willy Loman (the actor had essayed the role the previous year on Broadway), the downtrodden salesman with a wife in Linda (Kate Reid) and two grown sons in Biff (John Malkovich) and Happy (Stephen Lang). Linda is supportive while Happy is eager to please, but Biff has become distant from his father. For his part, Willy is disappointed in Biff, expecting more from him than simply a life defined by mediocrity. Volker Schlondorff, whose excellent 1979 feature The Tin Drum earned the Best Foreign Language Film Oscar, isn't given many opportunities to show off his prowess — he's largely a traffic cop pointing the way for the stellar actors — but Miller's moving exploration of The American Dream retains its power. Hoffman and Malkovich earned the lion's share of the praise when this aired — they're both excellent, although, revisiting the film, I was also struck by the effectiveness of Lang's work. Nominated for 10 Emmy Awards (including Outstanding Drama/Comedy Special), it won three: Best Actor (Hoffman), Best Supporting Actor (Malkovich) and Best Art Direction for a Miniseries or Special.

The only Blu-ray extra is a lengthy behind-the-scenes featurette. 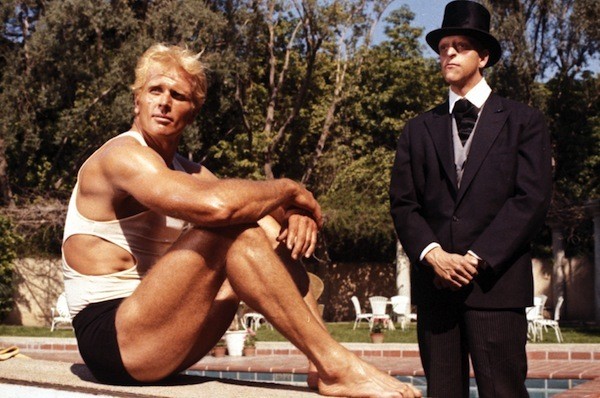 DOC SAVAGE: THE MAN OF BRONZE (1975). As a teen fan of the paperback series starring Kenneth Robeson's dashing hero — no, I didn't read all 181 stories, but enough to get my fill — this 1975 screen adaptation was one of my holy grails of cinema, having never gotten the opportunity to catch it until now. Alas, it proves to be a crushing disappointment, more so since it turned out to be the final screen credit for the great George Pal, who as director and/or producer oversaw such sci-fi classics as 1953's The War of the Worlds and 1960's The Time Machine. Here, Pal serves as producer and co-writer, with Michael Anderson (Around the World in 80 Days) handling directing chores — presumably, they both share in the blame for turning what should have been a rip-roaring adventure yarn of the Indiana Jones variety into a camp outing with plenty of broad humor and dopey techniques (such as the sparkly eye twinkle). Ron Ely, another figure from my youth (reruns of his Tarzan TV series aired repeatedly), stars as the scientist-inventor-explorer-muscleman, who embarks on adventures with his team known collectively as The Fabulous Five (if all this sounds vaguely familiar, you probably caught its unacknowledged descendant, The Adventures of Buckaroo Banzai Across the 8th Dimension). In this picture, planned to be the first of many before it died a gruesome death at the box office, Doc and his team head to South America to investigate the murder of his father; what they find is the megalomaniacal Captain Seas (Paul Wexler) and a tribe whose members have supernatural snakes at their command. The visual effects prove to be as inconsistent as the performances.

The only Blu-ray extra on this Warner Archive Collection release is the theatrical trailer.

FINDING DORY (2016). The year's biggest moneymaker and almost a certainty to win the Best Animated Feature Oscar (alas, beating the far superior Zootopia), this Pixar product, while perfectly pleasant, does little to quell the feeling that a certain measure of rubber-stamp efficiency has gripped the studio. A sequel to 2003's Finding Nemo, this one focuses on the blue tang fish (voiced by Ellen DeGeneres) who has suffered from short-term memory loss her entire life. Now recalling bits and pieces of her childhood and the close bond she enjoyed with her parents, she elects to cross the ocean in order to locate them, with the reluctant clownfish Marlin (Albert Brooks) and his eager son Nemo (Hayden Rolence) joining her in her seafaring search. As with Finding Nemo, the animation employed to capture the look of life under the sea is absolutely staggering, even if it no longer registers as the revolutionary feat it was 13 years ago. But Dory's odyssey is never as involving (though certainly more repetitive) as Nemo's, and while Dory, Nemo and especially Marlin are still fairly engaging protagonists, they've been surrounded by a supporting cast revealed to be one of the dullest yet conceived by the Pixar brain trust (a trio of sea lions and a grouchy octopus excepted). While select scenes dawdle, others provide a clever kick, such as Marlin's encounters with a gooney bird. Of course, children will lap up the entire endeavor like so much ice cream, and while adults should also find enough of interest to make it worthwhile, I imagine many will still prefer the variation of this plot when it was R-rated and called Memento.

PUNCH-DRUNK LOVE (2002). After the grandiosity of both Boogie Nights and Magnolia, writer-director Paul Thomas Anderson worked on a decidedly smaller scale with this quirky romantic comedy that operates by the rules of its own self-contained universe. Adam Sandler delivers an interestingly off-center performance as a business owner (stock-in-trade: toilet plungers) whose delicate emotional state and social ineptitude are put to the test once he begins dating his sister's co-worker (Emily Watson) while simultaneously getting harassed by members of a phone-sex service. Though the film fails to utilize its exemplary supporting players (Watson, Philip Seymour Hoffman, Luis Guzman) to their fullest potential, it still scores points for showing how the redemptive power of love could transform even a seeming lost cause like Sandler's repressed character.

Blu-ray extras in this Criterion edition include deleted scenes; Anderson's 12-minute short Blossoms & Blood, a 2002 piece featuring abstract bursts of color spliced together with scenes from the movie and backed by music by Jon Brion; a 2002 press conference from the Cannes Film Festival (where Anderson won the Best Director prize); a conversation between curators Michael Connor and Lia Gangitano about the art of Jeremy Blake that's used in the film; and theatrical trailers.