MOSCOW ON THE HUDSON (1984). It wasn't until 1987's Good Morning, Vietnam that Robin Williams became a bankable box office star; before that, he was just another former TV actor taking most projects that came his way, regardless of whether they were good (The World According to Garp), bad (Popeye), or somewhere in between. This seriocomedy from writer-director Paul Mazursky falls in the last category — it's blessed with a novel premise and a fine performance from its leading man, but it also suffers from too many broadly played sequences and ludicrous developments that disrupt the inherent poignancy of the piece. Williams stars as Vladimir Ivanoff, a Russian musician who's unhappy but accepting of his life in the Soviet Union. But once he's in New York as part of a traveling circus troupe, he makes the split-second decision to defect, spurring a media circus and, more importantly, leading to enduring friendships with Bloomingdale's shop girl Lucia Lombardo (Maria Conchita Alonso) and security guard Lionel Witherspoon (Cleavant Derricks). Certainly, the hot-button subject of immigration takes on additional weight in Trump's xenophobic and fascistic America, but even making allowances for this tragic turn of real-life events doesn't completely alleviate the film's flaws, most in the areas of pacing and supporting characterizations (Saveliy Kramarov's KGB agent is too buffoonish by half, while Alejandro Rey's immigration lawyer feels more like a convenient plot device than an actual person).

MYSTERY SCIENCE THEATER 3000: VOLUME XXXVII (2016). The turkey in the oven has been replaced by four turkeys on the screen, and for that, we can once again give thanks to Shout! Factory and its latest grab bag of MST3K episodes.

The Human Duplicators (movie made in 1965; featured on MST3K in 1992) finds Richard Kiel (Jaws in the 007 flicks The Spy Who Loved Me and Moonraker) cast as an alien who lands on Earth with the intention of replacing humans with androids. Joel and the Bots lean heavily on TV references in this one, though the best crack might be the one involving the disparate films The Pawnbroker and It's a Mad Mad Mad Mad World. Escape 2000 (movie made in 1983; featured on MST3K in 1996), aka Escape from the Bronx, is the sequel to the 1982 Italian cheapie 1990: The Bronx Warriors (a film that, alas, was never tackled on MST3K). This finds the original's Mark Gregory again playing Trash, the leader of a street gang bent on stopping a Trump-like developer from killing poor people and constructing expensive buildings. The cheesiness of this picture is particularly pungent, meaning it's perfect for mocking (extra points for the Apocalypse Now paraphrase). The Horror of Party Beach (movie made in 1964; featured on MST3K in 1997) was infamous long before MST3K arrived on the scene — it's a bona fide Hall of Shame classic about radioactive monsters with bulging eyes attacking a bunch of fun-loving beach teens. This one would be worth catching on its own, so think of the loving jabs by Mike, Crow and Tom Servo (incorporating everything from Zapruder's JFK footage to cracks about white guys dancing) as countless cherries on top. Invasion of the Neptune Men (movie made in 1961; featured on MST3K in 1997) is a Japanese import featuring martial arts star Sonny Chiba as Space Chief, a superhero who saves the planet from malevolent extra-terrestrials. The Satellite of Love occupants are always at their best when mocking small children, which gives this kid-packed picture added flavor.

ONE-EYED JACKS (1961). Stanley Kubrick, Sam Peckinpah and The Twilight Zone creator Rod Serling were all involved in the making of this offbeat Western, but you won't find their names anywhere in the credits: Serling and Peckinpah both penned early drafts of the script, while Kubrick was signed as director before eventually being fired by the studio. Kubrick's replacement was Marlon Brando, the film's star, and it proved to be the only time the actor would occupy the director's chair. It's an impressive job on his part, even if his inexperience combined with his attention to detail resulted in a film that was plagued by shooting delays and an expanding budget. Brando plays Rio, a bank robber who spends five years in a Mexican prison after his partner and mentor, Dad Longworth (Karl Malden), runs out on him following a heist. Successfully escaping from jail alongside his loyal friend Modesto (Larry Duran), he begins his hunt for Dad, eventually learning that the former outlaw has gone clean and now serves as sheriff of a small town. The duplicity of Malden's character foreshadows the similarly sadistic lawman played by Gene Hackman in 1992's Unforgiven, while Brando brings Method moodiness to the standard Western protagonist (also, it's nice to see Brando and Malden reunited after their '50s classics A Streetcar Named Desire and On the Waterfront). The ending could be stronger, but everything else works just fine, and Charles Lang deservedly earned an Oscar nomination for his gorgeous color cinematography.

Blu-ray extras include an introduction by Martin Scorsese (who along with Steven Spielberg assisted in the film's recent restoration); excerpts from Brando's voice recordings as he prepared the film; and the theatrical trailer. 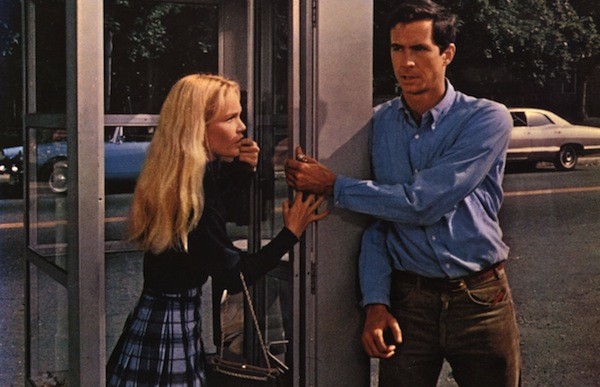 PRETTY POISON (1968). Pretty much ignored at the time by audiences and most reviewers (except the New York Film Critics Circle, whose members awarded it Best Screenplay), Pretty Poison was eventually sought out by adventurous filmgoers, thereby turning it into a minor cult offering. Anthony Perkins, stirring memories of Psycho, plays Dennis Pitt, a nervous young man who's just been released from prison for causing a house fire that ended up killing his aunt. His parole officer (John Randolph) implores him to stop daydreaming all the time and focus on making a clean start, but that advice gets tossed aside once he meets Sue Ann Stepanek (Tuesday Weld). Sue Ann's a high school honor student and cheerleader who's charmed by Dennis as he explains that he's a CIA agent working undercover to foil an international plot unfolding in her small Massachusetts hometown. But as the pair become lovers and begin planning assorted pranks, it's soon apparent that Sue Ann is actually the dangerous individual in this coupling. Weld's excellent performance as the lethal Lolita is the centerpiece of this film (in his book Alternate Oscars, Danny Peary makes the case that she deserved that year's Best Actress Academy Award), though Noel Black's understated direction and Lorenzo Semple Jr.'s layered script also deserve mention. 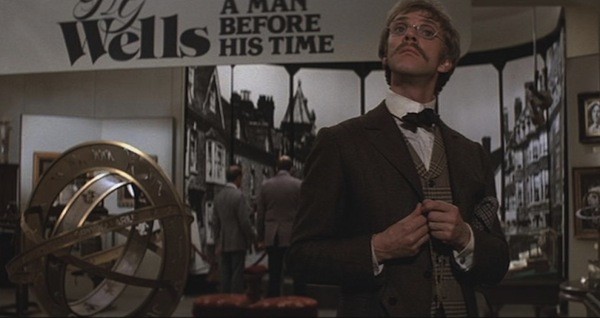 TIME AFTER TIME (1979). The 1976 film The Seven-Per-Cent Solution, adapted by Nicholas Meyer from his own novel, is a fine period piece in which Sherlock Holmes meets Sigmund Freud. Meyer continued with the celebrity mash-ups by next writing Time After Time, a fine fantasy yarn in which H.G. Wells meets Jack the Ripper. The intriguing premise finds Wells (Malcolm McDowell) successfully building a time machine in his basement, only to see it being used by his colleague John Leslie Stevenson (David Warner), newly revealed to be the notorious Jack the Ripper. Stevenson has escaped from 1893 London to 1979 San Francisco; certain that Earth in the future only contains utopian societies that have banned all wars, Wells follows him to prevent any damage to a world at peace. Shocked that modern civilization is still full of violence and suffering, Wells nevertheless perseveres in tracking down Stevenson, with only a friendly bank employee (Mary Steenburgen) to aid him. Working from a story idea by Karl Alexander and Steve Hayes, Meyer (also making his directorial debut) has fashioned a clever piece of entertainment that offers some amusing culture-clash gags (Wells at McDonald's, Wells taking a cab, etc.) scattered throughout a solid thriller. Steenburgen is an absolute delight as Wells' modern girlfriend, but McDowell, often cast as psychotics in films like Caligula and A Clockwork Orange, is no less endearing (in real life, the two actors fell in love while making this movie and were married for approximately a decade).

Blu-ray extras consist of audio commentary by Meyer and McDowell, and the theatrical trailer.