Left Behind: Pray that it ends | Reviews | Creative Loafing Charlotte
Switch to the mobile version of this page.

Left Behind: Pray that it ends 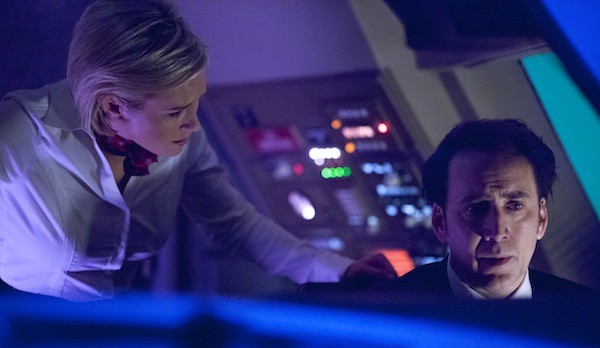 It was Mel Gibson, of all people, who demonstrated that it's possible to make a quality picture with overt Christian themes without bludgeoning the audience with heavy-handed proselytizing. No, I'm not talking about his garish snuff film The Passion of the Christ, the 2004 ordeal that signaled the beginning of his new life as a misogynistic, anti-Semitic lout. Instead, I refer to 2002's We Were Soldiers, which found Gibson headlining a Vietnam War drama written and directed by his Braveheart scripter, Randall Wallace. As I wrote at the time, "We Were Soldiers is that rare Hollywood movie that isn't afraid to present its leading characters as devout Christians honestly seeking to reconcile their predicament with a spiritual soothing."

Of course, in earlier decades, Hollywood made this sort of religious gesture all the time — front and center in epics like Ben-Hur and King of Kings, yes, but also neatly woven into the fabric of such classics as It's a Wonderful Life and Miracle on 34th Street. Shame on the film capital for now ignoring the faithful completely — if a mainstream movie features a Christian character in the supporting ranks, you can be fairly certain that he or she will quickly be revealed as a hypocritical, Bible-thumping rube.

Because of this Tinseltown vacuum, smaller outside outfits have rushed to fill the void by creating motion pictures targeted exclusively for Christian audiences. That's all well and good, but do the vast majority of these films have to be godawful? And the low quality goes beyond the lame acting and chintzy production values: It also applies to the themes themselves, which are presented in such simplistic, sledgehammer terms that it's obvious the shysters — excuse me, filmmakers involved know exactly what buttons to push to convince fearful viewers that it's an Us Against Them world, and best to take no prisoners.

That brings us to Left Behind, the adaptation of the first in a neverending series of novels written by Jerry B. Jenkins and Tim LaHaye. The initial book was already made into a 2000 film that pretty much went straight to video; starring homophobic twit Kirk Cameron, it was roundly panned but also successful enough to warrant two more homegrown entries (2002's Left Behind II: Tribulation Force and 2005's Left Behind: World at War). So it would seem that the point of adapting the book again — and in snagging an Oscar-winning actor to fill a leading role — would be to make a classy version this time, right? Yet that's not what we get with this shockingly bad film, so amateurish that it gives off the impression that Nicolas Cage somehow found himself in a skit presented by a class of kindergartners. 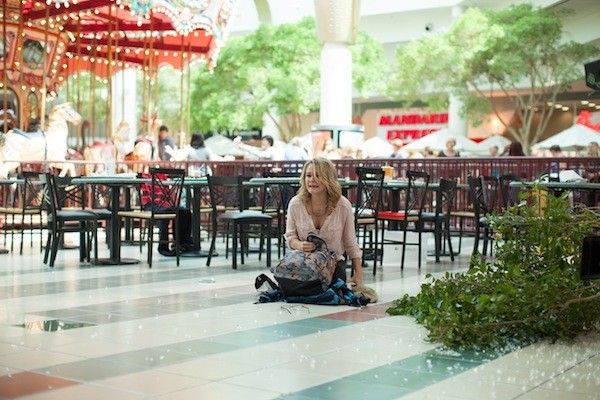 The anything-for-a-paycheck actor plays Rayford Steele, a pilot who agrees with his college-age daughter Chloe (Cassi Thomson) that his wife/her mother Irene (Lea Thompson, and a Howard the Duck sequel suddenly doesn't sound bad to her) has become a real pill since she found God. In fact, Ray so detests the idea of being with her that he instead opts to spend his birthday flying to London and checking out a U2 concert with hot-to-trot flight attendant Hattie Durham (Nicky Whelan). For her part, Chloe visits Mom but storms out when the subject turns to religion.

The film cuts between Chloe hanging out at the mall and Ray flying a plane with a passenger list that includes a kindly Muslim (Alec Rayme), a doting single mom (American Idol winner Jordin Sparks), a perennially pissed off dwarf (Martin Klebba), and a character (Chad Michael Murray) who's supposed to be a news reporter but looks more like a Harlequin Romance version of a news reporter. Suddenly, as in the manner of The Twilight Zone (though viewers should be so lucky), people disappear into thin air. After much confusion, it's finally determined that it's a worldwide phenomenon, and that millions of people have disappeared, including all the children. (Although I'm fairly certain I still spotted a child in a subsequent mall scene, which, if I'm correct, either means this movie's headed for a blurb in IMDb's "Goofs" section or that kid was supposed to be Damien Thorn.) As Ray tries to fly his crippled craft back to New York (yes, it's suddenly an Airport sequel, with Nicolas Cage subbing for Charo), Chloe attempts to protect herself from godless crooks, shotgun-wielding vigilantes and a driverless school bus.

Left Behind isn't a movie for progressive Christians (raising my hand) any more than it's a movie for people who appreciate top production values, convincing acting or superlative dialogue. Only those with a cowed, Fox News version of religion will subscribe to this film's odious view of the world. Of course the Muslim gets left behind; he believes in the wrong God, so fuck him. Murray's news reporter is nothing but heroic — the type of guy who would be an asset to Heaven — but of course he gets left behind while, presumably, born-again warmongers like George W. Bush ascend. And what to make of all the wailing mothers whose children disappear or, most offensively, the frightened Alzheimer's victim who doesn't know what became of the loving husband who was sitting next to her moments earlier? Never mind their merits; God wants them to suffer. This is the sort of pablum that makes the most liberal leaps from Biblical text and ineptly runs them into the ground, but, like the pseudo-spiritual Atlas Shrugged, it ultimately does more damage to the Christian cause than good. God help us when the sequel hits town.