Behind the scenes at Charlotte's favorite comic book shop

Comics will be passed on to a ton of other folks on May 5 -- aka Free Comic Book Day, a yearly event for comic book stores across the country designed to drum up new comic book readers. (Featured free books this year include: The Transformers movie prequel, Amazing Spider-Man, Tokyopop's Choose Your Weapon, and Legion of Super Heroes in the 31st Century, among many others; all are first come, first served.) And at Heroes, Free Comic Book Day is always big. "We always look for things to get our neighborhood involved," Drum states. "We're not a bunch of geeks; real people read comics. The store is a colorful place, but a place for normal people."

Last year, Free Comic Book Day turned into a community event. Philosophers Stone, the restaurant across the street, was having a one-year anniversary party and had live music playing on the lawn all day. Starbucks provided free coffee in the morning, and guests queued up to collect a sampling of free comics and buy a few more. This year, there is the added celebration of Cinco de Mayo, and with a hefty panel of guests attending, the tiny parking lot in front of Heroes will be the place to be. Girls on the Run! -- a local 5k event for young girls -- stopped by last year's Free Comic Book Day. Drum offered 5k participants additional comics for their achievement, and this year he hopes that the girls will stop by again after their run. Drum says that there are plenty of comics for young girls -- many just aren't aware of it. "That's a demographic we encourage to come. It's not a boys club." He stresses again how the industry is moving away from being a black hole of gender stereotypes: "We are a place where Mom will feel comfortable ... there are comics for everyone. They are good stories, just in panels. People have to realize that, and just be open to try something new." 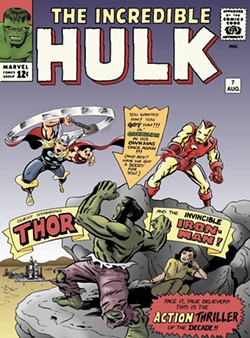 Following Free Comic Book Day, Drum and his trusty sidekicks have another mighty feat to tackle -- The Heroes Aren't Hard to Find Comic Book Convention. Set to kick off in June on Father's Day weekend, the legendary Heroes convention started small, like the store itself; it was Drum with a few die-hard fans, swapping their cherished books. Now, years later, the "little con" is one of the biggest events in Charlotte, drawing in, among other things, tourism and putting Charlotte on the comic map. Heroes Con rivals the lavish cons of larger cities and allows the rest of the country to see our artistic side.

Former employee and current writer Matt Fraction knows this firsthand. He's been a guest at previous cons and will be attending this year's event as well. "I've always been a comics reader, or at least as long as I can remember. It wasn't until I found a comic specialty store like Heroes Aren't Hard to Find that I started reading them with any sort of periodic regularity," says Fraction (who possibly has the best last name ever). "I don't know anybody that's never read one, honestly -- I mean, I'm sure those people are out there, but comic books and comic strips are just a part of our culture, somewhere on the periphery," he writes. "Combining words and pictures is just a part of American storytelling. Now, there are surely some superhero comic book fans that fall into subculture, but I don't see how that's different than any other kind of fan -- the world's biggest stats-spewing, Dice-K bobblehead-hoarding, Red Sox super-maniac or Angelina Jolie's most creepiest stalker or whomever."

Fans first gathered for a one day event called Charlotte Mini-Con, which was held at Eastland Mall in 1977, then a brand new shining facility (oh, how times have changed!). Drum bounced his little convention-that-could from various locales after that, and surprised by its success, was able to expand and invite writers, artists and bigwigs from the industry. In the iconic year of 1984, the newly dubbed Heroes Convention hosted special guest Stan Lee, the creator of iconic characters like the X-Men, Spider-Man and more. The 1995 convention was the second event ever held at the new Charlotte Convention Center. The con currently hosts an army of vendors selling comics and gives local independent artists an opportunity to show off their hard work. Role-playing games, auctions, art, panel discussions, workshops -- Heroes Con has it all. The Heroes Web site (www.heroesonline.com) has all the info you need to register for the three-day event. 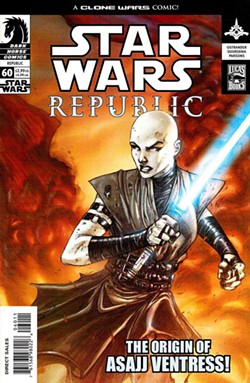 It's not all work, of course, when your business is a place where most people escape to play. Downtime at a 9-to-5 bank job? Solitaire. Downtime at Heroes? What else? Drum, wearing a faded Heroes Con T-shirt and leaning on the massive glass counter holding Batman action figures, will eagerly talk about what superhero he would want to be -- that day. There is a plethora to choose from, so it can be hard to pick a favorite. "Spider-Man. He's pretty cool," Drum says with a smile. "That Spidey sense is really neat too. I have to admit, I've had fantasies about being Spider-Man! At school, or during [sports] games, I would wish I could get a better view!"