Cyber hook-ups with the Love Gorilla 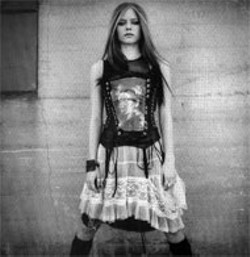 Probably my only romantic regret is that I've never had a punk-rock girlfriend. Sure, there've been dates, flings and affairs, but never a full-on relationship with a punk chick. I've gone steady with more girls with Celine Dion than Suicide Machines in their record collection. Perhaps because of this, they've all ended in some fiery, Hindenburg-type disaster.

Nashville-based jingle writer and computer programmer Lance Massey thinks he can help. Massey is the creator of Gorilla Pop (www.gorillapop.com), an online dating service that matches members by their musical preferences. Of course, finding a girl who likes a general type of music in my age range isn't that hard, so Gorilla Pop uses the process of "folksonomy" to find more specific matches.

Believe it or not, "folksonomy" is a real word, not just something I made up. Wikipedia defines it as "a neologism for a practice of collaborative categorization using freely chosen keywords." Using smaller words, let's just call it a generally agreed-upon classification system based on subjective labeling. Or how about even smaller words: If 10 people listen to Straylight Run's "Existentialism on Prom Night" and six of them label it as emo, they are more likely to be matched up with one another by the Love Gorilla (Gorilla Pop's iconic matchmaker) than with the two who label it indie or the two who label it pop.

"You can actually go and look at somebody's profile and you can see what their 20 top songs are," says Massey. "You can click on their tags and see songs that they've rated, see what their ratings are and how they compare to you."

At first glance, this makes a lot of sense. Few things in life are more important than music. So shouldn't this be a factor when it comes to love? With this in mind, I did a little field research to see how the fairer sex responded to musical come-ons.

I tried out a number of approaches on a generous focus group. To the opening line, "What are your five favorite records?" responses included, "What do I get if I win?" "That's like asking me about NASCAR" and "A better line is, 'Do you work out?' An even better line is (spoken in a lower, raspier voice while rubbing on the person), 'Do you work out?'"

But while music may not be something to kick-start a relationship with, according to these particular ladies, it can be something that ends it. My focus group said deal-breaker songs (those which, if included on a mix tape a guy put together for them, would be grounds for immediate dismissal) include Pink Floyd's "The Wall," Phil Collins' "In the Air Tonight" and Extreme's "More than Words." On the other hand, George Michael, Fiona Apple, Sandra Collins and David Grey's "Babylon" would result in sex.

I ran these past Massey. He was a bit angered by the inclusion of Pink Floyd as a deal-breaker, but for the most part was in agreement with the other selections. "'More than Words' I can see, and Phil Collins in general," he says, but adds. "The George Michael one is kinda weird."

Does Massey himself have any deal-breakers?

"Anyone that would take seriously — get emotionally stirred by — all the boy bands and the Britneys of the recent era, or seriously emotionally touched by ABBA songs," he said. "I mean, ABBA was brilliant, and I loved them and they're a lot of fun. But I actually know people who believe in ABBA like the way some people believe in Hank Williams. That doesn't add up to me. I can see breaking into tears over Beethoven's 9th. I really don't see breaking into tears over 'Dancing Queen.'"

Hmmm... Massey probably couldn't be with the type of girl that I'd fall for.

"If I meet a girl who's heavy into industrial and punk, I probably won't marry the girl," he went on. "But I sure as hell want to hang out with her. Anyone who's into something that hardcore, there's something going on inside that brain that's resonant."

Ultimately, Massey sees Gorilla Pop as more of a friend finder than a dating service.

"I've just got a feeling that this matchmaking thing will help people not only discover new music, but new people all around the world," he said. "I love to travel. I thought it would be really hip just to be able to land in Warsaw and log onto Gorilla Pop and say, 'Who in Warsaw is into avant-garde jazz?'"

Yeah, but what if I'm looking for an industrial/punk chick who knows all the words to "Dancing Queen"?