Shut Up and Play

Have you ever found yourself grooving to the music of an artist you like, getting lost in the rhythms and other layers of cool instrumentation, then realize their crappy lyrics have completely ruined the experience for you?

Of course you have. Great songs with bad lyrics span the decades, from Iron Butterfly's "In-A-Gadda-Da-Vida," way back in the '60s, to the Police's "De Doo Doo Doo," in the '80s, to Black Eyed Peas' "My Humps," in the early aughts, straight up to David Craig's recent "For the 'Gram," the U.K. R&B singer's cringe-worthy ode to Instagram of earlier this year. 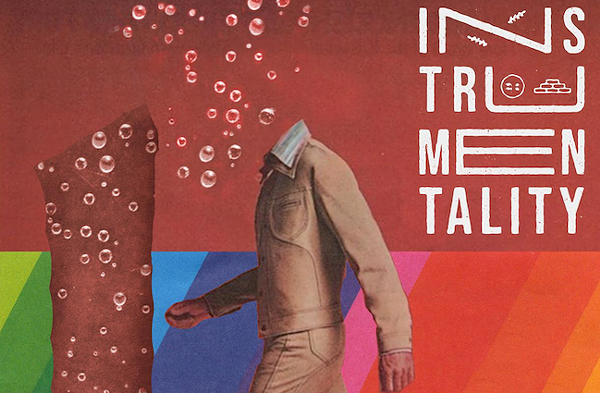 In 2018 — more than five decades after Bob Dylan and the Beatles conned every budding musician in the world into believing they should also be great poets or storytellers — most music fans still expect their favorite pop stars to put lyrics to their songs. Whether rapped, spoken or sung, we demand that our artists be clever wordsmiths able to drop profound pearls of knowledge over their hip-hop beats, saxophones, pedal steel guitar, fingerpicked acoustics or amped-up power chords.

There have been a few Top 40 exceptions, particularly in the pre-Beatles years, when hits like the Safaris' drum vehicle "Wipe Out" and Booker T. & the MGs' slinky, organ-fueled "Green Onions" reached the Top 5. In the mid-'70s disco era, a few artists charted with instrumental hits, too, including the Philly funk band MFSB, whose Soul Train theme song "TSOP (The Sound of Philadelphia)" reached No. 25. Even as late as 1990, Texas guitarist Eric Johnson reached No. 5 on the mainstream rock chart with his lyrical "Cliffs of Dover."

Away from the charts, instrumentalists have taken us on journeys in numerous settings, from high-energy dance floors where DJs follow the mood of a night, to the chill-out rooms at raves, where artists like the Orb have taken us on trips inside of our minds.

What we frequently miss when we focus on a bad rapper's clumsy rhymes or a singer-songwriter's lousy lyrics are the beautiful pearls of knowledge already inherent in hip-hop beats, the rich emotion at the core of a country song's twang or the dialog happening amid the hurricane of guitars and horns in a rock or jazz improvisation. The story we get when a DJ mixes up a bunch of sounds is contingent on where the rhythms, beats and samples take us. It's the same with the conversation we get from the blurting saxophones and clattering percussion of a free-jazz ensemble, or the emotional journey an electronic musician takes us on with their ambient melodies and other effects.

Music itself can tell stories that mere words could never convey. 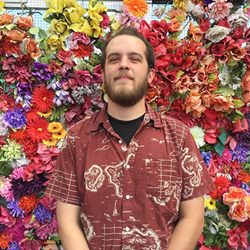 "Music without lyrics can have just as much potential and heart, or as much of a message, as it does with lyrics — maybe even more," says musician Zachary Reader, who books the talent at Snug Harbor in Plaza Midwood. "Lyrics can be limiting; a song with vocals is basically only about what the lyrics or singer tell you it's about. Instrumental music has this unlimited freedom and allows your mind to follow suit — to wonder, to wander, to focus or zone out."

That's the idea behind CUSP Presents (Instrumentality), this month's regular Wednesday night Snug residency, which Reader organized himself. Snug's residencies normally involve Reader choosing one local artist to curate each Wednesday session during any given month, but he came up with a different plan for June.

"In the spirit of avoiding business as usual, I wanted to try something special," Reader says. "I don't think the instrumental community gets very much shine, or at least enough appreciation around here."

On June 13, the Latin-tinged performance and instrumental sounds of the N.C. Brazilian Arts Project will appear alongside the electronic project Axnt, as well as Dr. Dice (aka Shaun Olson), the disco-inspired producer of Charlotte's Miami Dice, and DJ Party Dad, who spins old-school oddities. On June 20, the duo Blow Your Head (featuring DJ/producers Scott "Flock of Slagles" Slagle and Geoffrey "Jah Freedom" Edwards) will perform on Snug's back porch, while the main stage will feature the free-jazz duo Ghost Trees and the local audio/visual artist and producer up/dn, formerly known as Dirty Drummer. 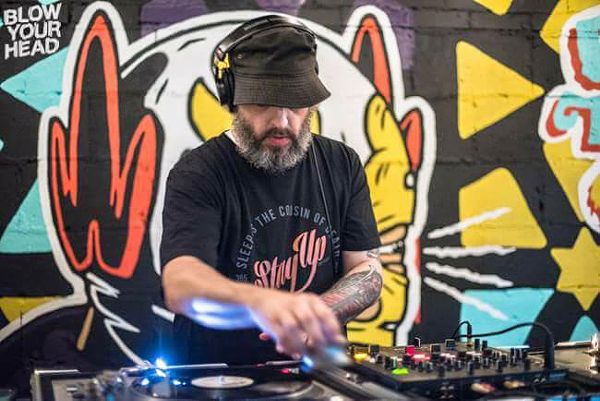 And finally, on June 27, the Charlotte instrumental math-rock ensemble Cuzco and local experimental rock band Hectorina will join Atlanta psych-rockers Chew for some churning guitars, while Snug's weekly Knocturnal host Justin Aswell mixes it all up for a swirly end to the month's instrumental mayhem.

Hectorina, which is not normally an instrumental band, has worked up a special all-instrumental set just for this show.

"We've been experimenting with improvisation increasingly this past year," Hectorina's front man Dylan Gilbert says, "so this'll give us an opportunity to really let loose and let the force of the sound drive everything forward, instead of lyrics or song craft."

As for Cuzco, the relatively new Charlotte band is already 100-percent instrumental. Will Schoonmaker, one of Cuzco's two guitarists, says he understands why some people have a hard time acclimating to instrumental music. "When you're not someone who plays an instrument but enjoys music, you speak the language of the vocalist — literally," he says. "Therefore you can relate by singing along and moving your voice up and down. As a guitarist, I relate to the instrument because I was taught the language of the guitar." 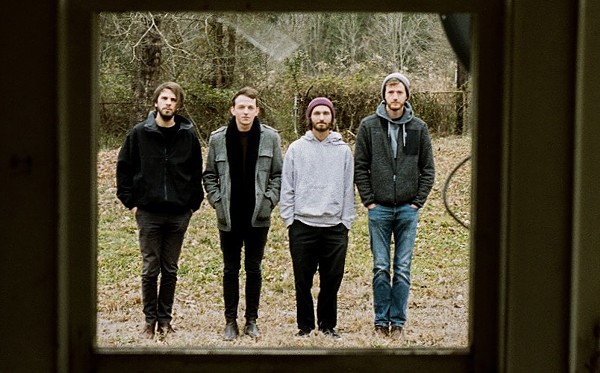 But anybody can learn to appreciate that language, Schoonmaker adds. "I believe that people who listen to instrumental music have another side to them where they interpret a scene in their mind." What's cool about experiencing it live, he says, is that "every person around you is doing exactly the same thing, [but] with a different interpretation."

It was important to Reader that he get Cuzco into CUSP, he says, because they're "a group of young guys who have made a solid mark with their polished sound — and without a word. You can certainly feel the emotion and passion behind their music."

Reader has held previous CUSP events in which he's showcased avant-garde artists, but nothing on the scale of this month's edition, according to Ghost Trees saxophonist Brent Bagwell. "If memory serves, the first one was in February of last year and the emphasis was on collaboration and unusual pairings," Bagwell says. "Ghost Trees was on that bill with a bunch of great acts. Zach then decided he wanted to use Snug Harbor's residency month of June as a rolling series of events showcasing lots of the artists he has booked at the previous CUSP nights."

As a jazz musician, Bagwell appreciates the emphasis on wordless music, even though he admits that when he's not listening to jazz or classical, he gravitates to music with lyrics, like most folks. "I probably skew more on the instrumental side with all the jazz, western classical and film scores I keep in rotation," he says, "but even there you have big-band vocalists and Billie Holiday and opera and the like. It's tough to avoid." 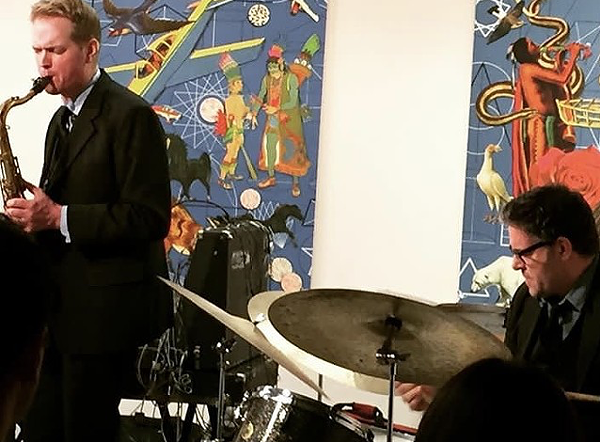 In a Culture obsessed with larger-than-life personalities and big ideas expressed literally, wordless music demands more nuance from its listeners. But some of the most timeless music — whether classical, jazz, hip-hop or rock — is that which is either completely wordless or for which the human voice is used more as texture than as a vehicle to deliver a narrative. The most obvious example is scat singing, the horn-like, bip-tiddy-bop sounds associated with jazz vocalist Ella Fitzgerald. A less obvious example is Belinda Butcher's submerged vocals throughout My Bloody Valentine's classic album Loveless, which gently roil in, out and over the band's shimmery rush of wavering guitar drones, serving more as an additional instrumental layer than as a conveyer of literal information.

"When I write lyrics ... I'm not particularly trying to convey anything to anyone in words," MBV guitarist Kevin Shields told me in an interview shortly after the album's release in 1991. "It's ambiguous, but in an ethereal, flowy way. It's kind of see-through. And the lyrics are only as substantial as the impression you get from the entire song."

Dylan Gibert agrees. "These folks can use vocals sometimes or not [at all], and when they do, it doesn't have to be up front in the mix," he says. "I think the whole 'vocals up front' thing is derived from the folk-song format, and that's kind of how people still relate to that kind of music." 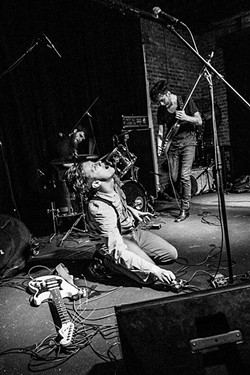 Getting away from such a limited format can be freeing, Gilbert says. "But what can be really magical about music with no words is where it can take a listener emotionally," he says. "It requires more patience sometimes, but can be more rewarding in the long run. Just look at EDM — no words, usually, but the beat and melodies unify the crowd in a way pop-rock or punk or R&B can't."

"It allows the listener to provide the narrative, so to speak, inasmuch as he or she might be inclined to do so," Bagwell adds. "While it is great to hear sharp and incisive and emotive vocals, it's also nice simply to listen to the music and let it tug at its own thread among your memories.

"There have been lots of songs I've written over the years that folks have told me make them think of [fill in the blank] or that reviewers have said sound like [insert cinematic imagery]," Bagwell continues. "There is almost never a consensus, and each answer is different, even for the same piece of music. So, in that sense, instrumental music gives the listener a great deal of agency to involve oneself in the action, become a part of the energy of the performance."

That's especially the case for live music, says Bagwell. "I'm a big believer in seeing and hearing jazz live," he says. "The recordings are great, but [they're] almost always a snapshot of something that really — and already — happened. So, nights like these CUSP shows are great experiences as much as great music. The place, the folks, the varied sets — all of it — is greater than the sum of its parts." 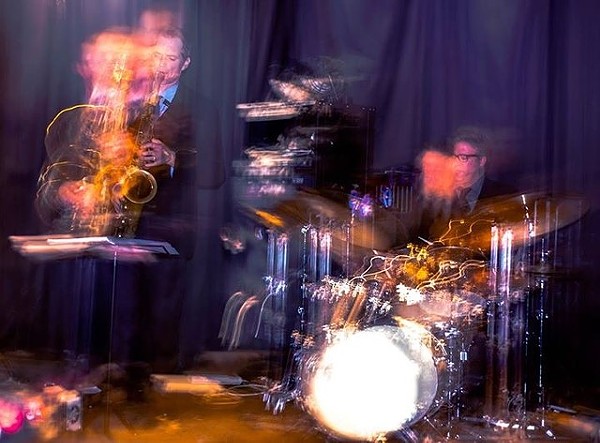 Instrumental music experiences have always played a special role for Reader, who began his own musical career at 19 playing wordless sets.

"The first music I ever seriously made on my own and felt brave enough to play on a stage was instrumental, under the name Ultimate Optimist," says Reader, who's since performed in numerous Charlotte bands. "I was experiencing all these deep, new, weird emotions about love and heartbreak, growing up and trying to remain optimistic, but just didn't really want to write poetry or lyrics about it or anything. I wanted to let my drums and 61-key Yamaha PSR280 keyboard do the talking."

Scott Slagle, the DJ who will perform the June 20 CUSP as part of Blow Your Head, knows about letting music do his talking. He's been collecting records for so many years that no kind of music, instrumental or otherwise, is particularly unusual to him.

"In my normal day," Slagle says, "I may go from [the free-jazz composer and multi-instrumentalist] Anthony Braxton to Luther Vandross to Nigerian Afro rock. It's all just moods."

Watch Cuzco stretch out in this full instrumental set at Oso Skate Park in Charlotte: