We're a few weeks into the summer movie season, and we've already learned that Avengers: Age of Ultron is so-so, Hot Pursuit is a no-no and Mad Max: Fury Road is a go-go. But what about the rest of the releases heading our way in the next three months? Here's a checklist of the 12 most promising.

ALOHA — Writer-director Cameron Crowe (Almost Famous) is at the helm of this romantic comedy about a military contractor (Bradley Cooper) who finds himself involved with two women (Emma Stone and Rachel McAdams). (May 29)

SPY — The presence of writer-director Paul Feig (Bridesmaids) is the selling point of this comedy about a CIA analyst (Melissa McCarthy) called into unlikely action to help out her male comrades (Jude Law and Jason Statham) against a global threat. (June 5) 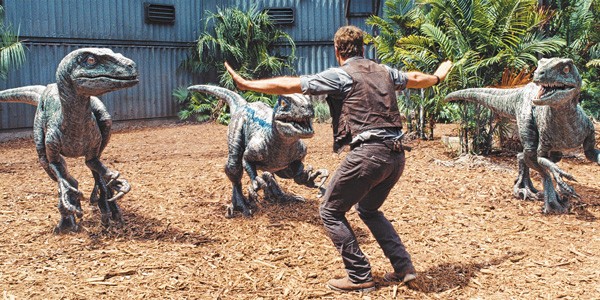 JURASSIC WORLD — The first two sequels to the 1993 blockbuster Jurassic Park were dismal, so here's hoping the franchise gets belatedly back on track with this new entry starring Guardians of the Galaxy's suddenly hot Chris Pratt. (June 12)

BATKID BEGINS: THE WISH HEARD AROUND THE WORLD — The irresistible true-life tale of Miles Scott, the cancer-stricken little boy who got to play superhero for a day, gets captured for posterity in this documentary. (June 26)

TED 2 — What can I say? I was a big fan of the 2012 original starring Seth McFarlane as a talking teddy bear and Mark Wahlberg as his best bud, and while No. 2s are frequently a disappointing bunch, here's hoping this has enough personality and R-rated laughs to make it worthwhile. (June 26)

TERMINATOR GENISYS — As one of the few who actually liked 2009's Terminator Salvation, I'm quietly hopeful about the prospects of this (admittedly unnecessary) sequel/reboot/what-have-you that stars Arnold Schwarzenegger as a geriatric Terminator. (July 3) 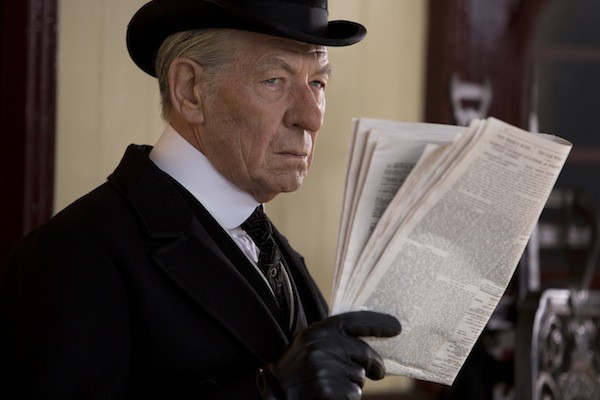 MR. HOLMES — Bill Condon, who directed Ian McKellen to one of his best performances in 1998's Gods and Monsters, reunites with the actor for this tale of a retired Sherlock Holmes reflecting on the one unsolved case from his illustrious career. (July 17)

TRAINWRECK — The buzz is strong for what's supposed to be Amy Schumer's breakout project, as she writes and stars in this comedy (directed by Judd Apatow) about a party animal who thinks monogamy is an impossibility until she meets a kind doctor (Bill Hader). (July 17)

MISSION: IMPOSSIBLE – ROGUE NATION — Tom Cruise and crew return for the latest chapter in this impossible-to-kill franchise. Cruise might soon be reaching the Roger-Moore-as-James-Bond wheezy stage, but after the thrills of Mission: Impossible – Ghost Protocol, I'm anxious to check this out. (July 31).

FANTASTIC FOUR — The previous two FF movies were so poor that this reboot starring Miles Teller, Kate Mara, Michael B. Jordan and Jamie Bell has to be an improvement, right? Right?! (Aug. 7)

STRAIGHT OUTTA COMPTON — F. Gary Gray (Set It Off) helms this dramatization of the origins of the revolutionary — and controversial — hip-hop outfit N.W.A., with former members Ice Cube and Dr. Dre serving as two of the film's producers. (Aug. 14)

IRRATIONAL MAN — Woody Allen followed the solid Blue Jasmine with the slumming Magic in the Moonlight, so here's hoping he gets back in the win column with this drama about a disturbed college professor (Joaquin Phoenix), his relationship with a pretty student (Emma Stone), and his desire to commit murder. (No local date set)