The art of partying 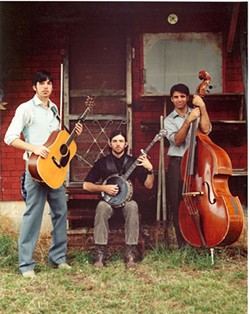 If some have turned partying into an art form, why can't art be part of the party?

That's the basic idea behind the ARToxication series, the brainchild of local promoters Tracie Nasta and Shane Elks, also known as Nasty/Shane Presents.

Since 2001, Nasta and Elks have hosted between 15-20 ARToxication events, many at the now-defunct Steeple. The shows combine artistic disciplines in one venue to foster connections among local artists and expose more Charlotteans to the city's diverse arts scene. Think Andy Warhol's infamous Exploding Plastic Inevitable parties in the late 60s -- which featured films, go-go dancers, performance artists and live music -- and you're in the general multimedia neighborhood (minus The Velvet Underground as your house band, of course).

"There's this hard-core underground scene that we have in Charlotte, where everybody knows and respects everybody else, and then there's this whole world that's a few blocks away that has no idea any of this is going on," says Nasta, 38, who has been promoting shows in Charlotte for 11 years. "We want to draw some of those people in."

Previous ARToxications have included everything from spoken word, classical and jazz music to sword dancing and latex body painting. The idea, Nasta says, is to get artists "feeding off the crowd and the music" as they create.

Nasta moved here from South Florida and got her start co-hosting the local music-based 90 Minutes radio show on 106.5 (which she now produces) and managing the local stage at that radio station's Weenie Roasts. In the late '90s she put on the In Yo Face showcases at Tremont, which gave a platform to local hard-rock bands. She then joined forces with Elks, 28, who studied musical theater and classical voice in New York before returning to North Carolina and becoming a member of Opera Carolina. Nasta calls herself a "behind-the-scenes girl," and Elks "the entertainer."

"Too many people say they're promoters and event throwers, and then you get there and wonder what the hell is going on," says Nasta, who along with Elks also hosts theme parties like the recent Cement Boots: A Tribute to the Rat Pack. "When promoters do their job, nine times out of 10 nobody in the audience knows when an issue crops up."

The success of this series, and the Decade-themed parties, is proof that "Charlotte is as ready for something new and different as anywhere else," Nasta says. "If you give people a chance to enjoy something true like a celebration of art, then maybe they'll let go of their prejudices, tap into their kid side again and just come out and play."

You can find out more about ARToxication and other upcoming Nasty/Shane events by checking in at www.myspace.com/nastyshanepresents.

Emotional Response: Kudos to The Avett Brothers, whose latest record, Emotionalism, finished No. 134 on the Billboard Top 200 Chart for the week of May 15. The Brothers also set attendance and sales records at three free in-store appearances in the Carolinas, from Schoolkids Records in Raleigh to Horizon Records in Greenville, S.C. Over 700 attended the Avetts' appearance at Manifest Records, selling over 300 copies of the new record.

Wilson recently launched his home studio, Canyonstereo, in the rustic environs of the fabled musical enclave Laurel Canyon, and has engaged in recording projects with artists as diverse as Robinson, Louris, Grateful Dead co-founder Phil Lesh and folk legend Ramblin' Jack Elliott. Wilson plays bass on Louris' upcoming solo record, and the Jayhawks' veteran posted this about the scene: "There is definitely something happening out in L.A., a groundswell of musicians mingling and making music, centered around the soon-to-be legendary Wednesday night jams in Laurel Canyon. It is feeling like 1970 all over again out there."