The Beast Within, Big, Nashville among new home entertainment titles | View from the Couch | Creative Loafing Charlotte
Switch to the mobile version of this page.

The Beast Within, Big, Nashville among new home entertainment titles 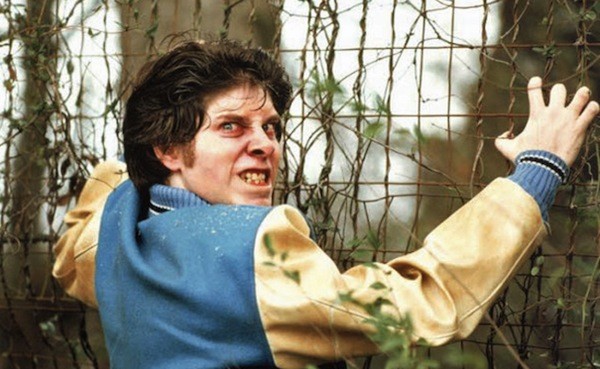 THE BEAST WITHIN (1982). Forget the usual Transylvania or London settings: This horror flick has the distinction of being set in scary Mississippi. It's while driving through the state on their honeymoon that Eli and Caroline MacCleary (Ronny Cox and Bibi Besch) find their car stuck in the mud; while Eli goes for help, Caroline is raped by some sort of grotesque creature. Cut to 17 years later, and the product of that encounter, a clean-cut kid named Michael (Paul Clemens), suddenly undergoes a series of transformations that (unknown to his parents) leads to a killing spree. As much of a mystery as a horror flick — the MacClearys head back to the Mississippi hellhole in search of clues as to their son's condition ­— this primarily suffers from the flat direction by Philippe Mora (who would later sully the memory of Joe Dante's excellent The Howling with the awful, in-name-only sequel Howling II: Your Sister Is a Werewolf) and the hilarious (albeit fascinating to behold) effects in the climactic transformation scene. Clemens, a fellow Famous Monsters of Filmland diehard back in the 1970s (he also contributed articles to the magazine), holds his own in the lead role, though the real entertainment comes from watching sturdy character actors like L.Q. Jones, R.G. Armstrong and Luke Askew. 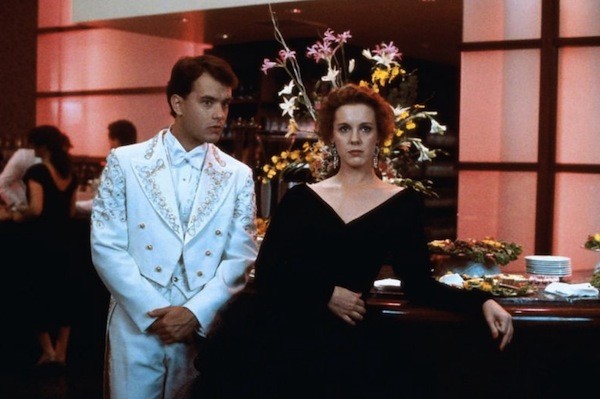 BIG (1988). The late 1980s saw a rash of what were quickly dubbed "body-switch comedies," with the worst one — the hideous Like Father Like Son, starring Dudley Moore and Kirk Cameron — leading the way in 1987. The following two years brought 18 Again! (George Burns and Charlie Schlatter), Vice Versa (Judge Reinhold and Fred Savage) and Dream a Little Dream (Jason Robards and Corey Feldman), but there's no argument over Big being the best of the bunch. Despite the classification, this delightful film from director Penny Marshall and writers Gary Ross and Anne Spielberg (Steven's sister) is more body-change than body-switch, as 13-year-old Josh Baskin (David Moscow), after wishing he was big in front of an ominous fairground machine, wakes up the next morning to discover that he has the body of an adult (Tom Hanks). With his best friend Billy (Jared Rushton) by his side, he searches for a way to reverse the curse; in the meantime, though, he goes to New York and lands a job at a toy-manufacturing company, where his childlike views earn him the appreciation of the CEO (Robert Loggia), the ire of a rival executive (John Heard) and the affection of another colleague (Elizabeth Perkins). Big is a disarmingly sweet movie, with the story convincingly (and amusingly) pitting Josh's naivety against the realities of the adult world. The entire cast is excellent, although it's Hanks who deserves the most kudos for conveying the multitudinous emotions battering Josh. This earned Oscar nominations for Best Actor and Best Original Screenplay.

The 25th Anniversary Edition Blu-ray + DVD Combo Pack contains both the original theatrical cut and an extended version. Extras include an audio documentary by Ross and Spielberg; a making-of featurette; deleted scenes; and the theatrical trailer. The edition also comes with three "Zoltan Speaks" cards and a slipcover that plays "Heart and Soul" when opened. 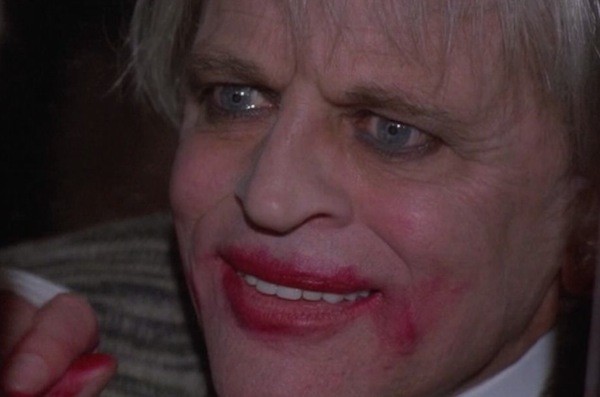 CRAWLSPACE (1986). While there's always intrinsic interest in watching the unhinged Klaus Kinski in action (whether while delivering a performance or in behind-the-scenes footage), even his bizarre behavior can't elevate this truly atrocious film. He stars as Karl Gunther, a landlord who rents exclusively to female tenants. The reason? So he can take pleasure in spying on them from within the building's elaborate crawlspace system. But Karl isn't merely a Peeping Tom; he's also a murderous doctor and the son of a former Nazi war criminal, and his attic space includes deadly spring-traps, jars containing various body parts of his victims, and a young woman (Sally Brown) forever locked inside a cage (but placed there only after he had cut out her tongue). Kinski's in full psycho mode here, and the notion that any sane woman would rent from such a creepy landlord is as hard to swallow as a bowling ball. But Kinski completists who need to see him smear crimson on his face and roll around on a flat dolly shouldn't miss this. 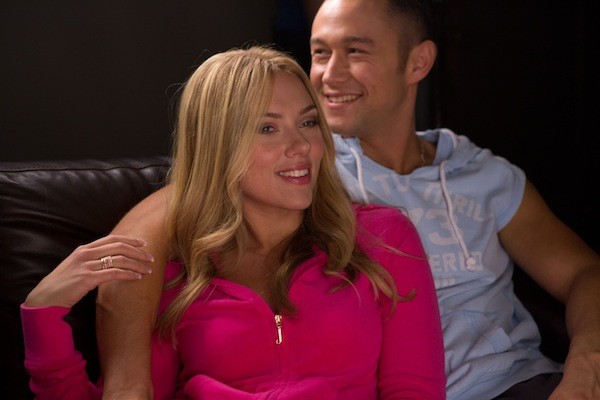 DON JON (2013). Joseph Gordon-Levitt, the talented young actor who's appeared in such hits as Inception and (500) Days of Summer, stars as the title character in this comedy that also marks his feature-film writing and directing debuts. Centering around the recreational use of online porn, the film's general, uh, thrust concerns Jon as he must decide whether to continue his lifelong habit of watching erotica or give it all up for his new girlfriend Barbara (Scarlett Johansson), a woman who is grossed out by it and demands that he choose between her and his online ladies. Being a novice behind the camera, we can pretty much expect Gordon-Levitt to allow his story to unfold — and end — in one of two ways. The more conventional is that Jon does indeed unplug himself from porn and devote his life exclusively to Barbara; the other is that he follow the advice that Dan Savage regularly doles out in his Savage Love column (read it here in CL!) and elect to DTMFA, cutting loose an unreasonable woman who would require him to make such an extreme choice and sticking with the smut. But hold the phone: Proving he's more than just a pretty face, Gordon-Levitt goes beyond these simplistic choices in his screenplay and blazes the way with a neat series of turns that left me surprised by the story's developments and impressed with its creator's generosity of spirit and understanding of human nature. The script's wild card comes in the form of Julianne Moore as Esther, a woman Jon meets in his community-college class. Jon is initially annoyed by this sad person who pries into his affairs and appears to want to share her baggage with him, but as time passes, he realizes he could use another friend. More than anyone else, Esther proves to be the character that allows Don Jon to upgrade from being a humorous and perceptive movie about naughty Internet connections into a heartfelt and perceptive movie about necessary human connections.

Blu-ray extras include a making-of featurette; two pieces in which Gordon-Levitt further discusses his involvement at various levels on the film; and shorts from HitRECord, his collaborative production company. 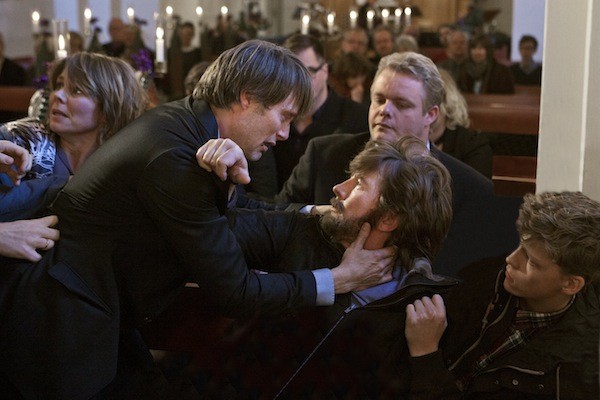 THE HUNT (2013). One of the 10 best films of 2013 (see the complete Best & Worst article here). Few crimes are as revolting as the sexual abuse of small children, and even staunch opponents of capital punishment should reasonably find their stance softening when it comes to meting out the proper justice for such an abhorrent offense. Yet witch hunts also have no place in a sane society, whether they're in the form of burning people during the Spanish Inquisition or ruining careers during the Hollywood blacklist. This Danish import tackles both subjects head-on, and the result is a powerful movie dominated by a formidable performance by Mads Mikkelsen. Mikkelsen plays Lucas, a divorcé who works at a kindergarten in a small town where he's admired by children and adults alike. One of his charges is little Klara (Annika Wedderkopp), who develops a crush on him. But when he "rejects" her (he returns a heart she made for him and tells her that Mommy and Daddy are the only adults she should kiss on the lips), she becomes angry and informs the school head Grethe (Susse Wold) that Lucas showed her his penis. Klara isn't a bad seed — she means no real harm and is quick to recant the lie — but Grethe and the hack psychiatrist she invites to question the girl take this accusation and run with it. Soon, the entire town has banded against Lucas, who can't even go buy groceries without getting beaten up. The Hunt foregoes any ambiguity in order to place us squarely behind its battered protagonist, and yet the townspeople pretty much behave in the same knee-jerk manner as many of us would (mentally if not physically) upon hearing that a child's been molested. This internal tension remains throughout the picture, which never makes a false move until a wrap-up sequence that doesn't completely ring true. Fortunately, that sequence is followed by a brilliant coda, one that fully restores the film's ability to hit us where we live.

Blu-ray extras include a making-of featurette; deleted scenes; an alternate ending; and the theatrical trailer. 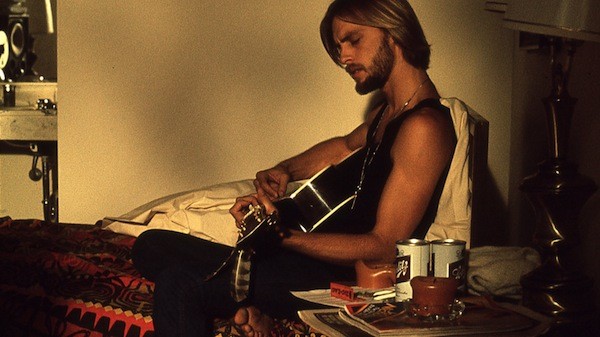 NASHVILLE (1975). Many will cite M*A*S*H or The Player or Gosford Park, but it's Nashville that's generally considered to be the pinnacle of Robert Altman's career, as well as one of the best films of the 1970s. Certainly, it proved to be the most influential movie to both himself and others, offering pointers for his peers while showcasing elements that became common in many of his works (overlapping dialogue, all-star cast, improvisational shooting style). In 160 minutes, Altman and scripter Joan Tewkesbury tag along behind 24 characters as they make their way through a crowded country-music landscape over a fateful few days. Some characters — country kingpin Haven Hamilton (Henry Gibson), British reporter Opal (Geraldine Chaplin), womanizing singer-songwriter Tom Frank (Keith Carradine), heartless groupie L.A. Joan (Shelley Duvall) — are odious while others — emotionally fragile superstar Barbara Jean (Ronee Blakley), sensitive soldier Glenn Kelly (Scott Glenn), grieving husband Mr. Green (Keenan Wynn) — are sympathetic, but every last one manages to provide contrast and depth to Altman's view of an America in which the boundaries between politics and entertainment are all but nonexistent. Singling out MVPs in such a tight ensemble is a daunting task, but I was most taken by the soulful turn from Blakley, a real-life singer-songwriter who parlayed her Nashville breakthrough into a film and TV career; others deserving special mention include Gibson, Lily Tomlin as a sensible housewife pursued by Tom, and Karen Black as Barbara Jean's ruthless rival. Nominated for five Academy Awards (including Best Picture, Director and Supporting Actress for both Blakley and Tomlin), this won Best Original Song for Carradine's "I'm Easy."

Blu-ray extras include audio commentary by Altman (recorded in 2000); a new making-of piece featuring interviews with Blakley, Carradine, Tomlin, Tewkesbury and more; three archival interviews with Altman; and a demo of Carradine performing a trio of songs. 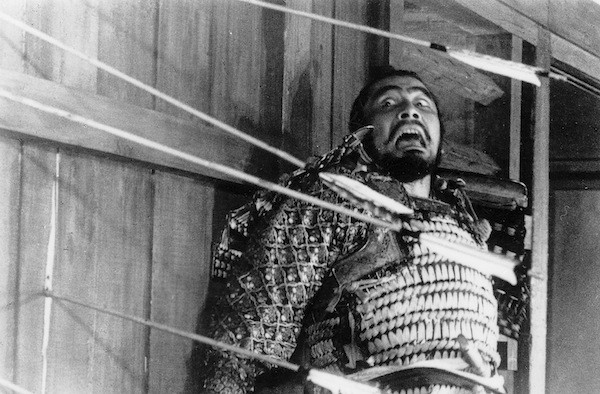 THRONE OF BLOOD (1957). Based on Macbeth, Throne of Blood remains one of the best Shakespearean adaptations ever made, and that director Akira Kurosawa topped himself by helming the brilliant King Lear-inspired Ran 28 years later only cements the fact that he will always be heralded as one of the greats. In 16th-century Japan, the great warrior Washizu (Toshiro Mifune, compelling as always) and his friend and fellow soldier Miki (Minoru Chiaki) encounter a forest spirit who informs them that Washizu will soon become the warlord of Spider's Web Castle (thus suggesting he will murder the current ruler) but his reign will be interrupted when Miki's son (Akira Kubo) takes over. Washizu tries to ignore the prophecy, but his shaky good intentions are no match for the insidiousness of his wife Asaji (Isuzu Yamada), who pushes him to perform treacherous acts at every turn. Throne of Blood is a marvelous melting pot of a movie, mixing the written word of Shakespeare (in plot mechanics if not actual dialogue), the theatricality of Noh (the film is stagy for a reason) and the imagery of cinema (the thick fog is a character unto itself).