The Hobbit: Battle of Five Armies: That's a wrap | Reviews | Creative Loafing Charlotte
Switch to the mobile version of this page.

The Hobbit: Battle of Five Armies: That's a wrap 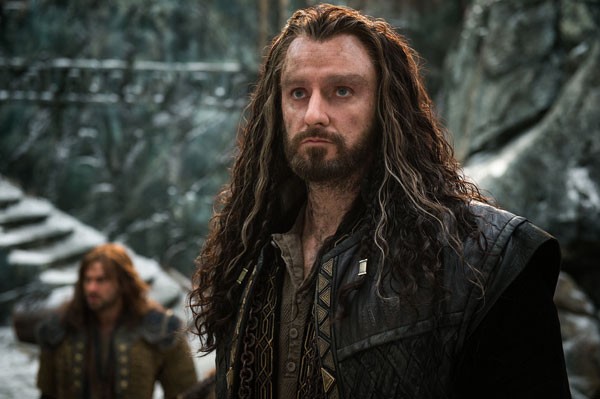 As a fellow film fan recently confided, going to see The Hobbit: The Battle of the Five Armies feels more like fulfilling a mandatory commitment than attending a must-see movie event. It's an understandable sentiment that's been echoed by many, seeing as how Peter Jackson's second Middle-earth trilogy frequently came across as little more than that proverbial ugly red-headed stepchild to the filmmaker's Oscar-adorned The Lord of the Rings saga. The previous Hobbit yarns, An Unexpected Journey and The Desolation of Smaug, were more than decent, but for all their CGI splendor, they lacked the epic ambition and oversized emotion of the Frodo flicks. Thus, the sense among certain viewers is that, like Bilbo Baggins, they've come this far, so they might as well finish the trips to the multiplex.

These viewers are in for a pleasant surprise. The Battle of the Five Armies is, by a dwarf hair, the best of the trio, wrapping up the story in satisfactory fashion while investing the proceedings with some genuine pathos along the way. The fearful dragon Smaug (voiced by Benedict Cumberbatch) is — ever-so-modest spoiler ahead — dispatched in about as much time as it took the final film in the Star Wars 2.0 trilogy to knock off Count Dooku, but there's still plenty of story left to tell, most of it centering around the efforts of everyone to bask in the reclaimed gold of the Lonely Mountain. Yes, it's The Treasure of the Sierra Madre with Thorin Oakenshield (Richard Armitage) subbing for Fred C. Dobbs, but there's real empathy to be felt in watching Bilbo (Martin Freeman) attempt to bring his friend Thorin back from the dark side. There's also a lot of heart in the budding romance between dwarf Kili (Aidan Turner) and elf Tauriel (Evangeline Lilly), as well as rooting interest in Bard (Luke Evans) becoming the reluctant leader of the human contingent. And if there's a feeling of déjà vu whenever the action shifts to Gandalf (Ian McKellen) once again puttering across the landscape or yakking with other wizards (perhaps a side effect of McKellen being one of the only two actors, along with the sparingly used Cate Blanchett as Galadriel, to appear in all six Middle-earth films), it's offset by the segments featuring the Orc Azog (Manu Bennett), one of the most imposing of all recent movie villains.

So after a span of 14 years and six movies, Jackson's finally done with J.R.R. Tolkien. Unless, of course, he suddenly decides to bring The Silmarillion to the screen, in which case an intervention might be required.