The Sammies return after settling into adulthood

The Sammies were wild-eyed punk rockers — The Strokes with Southern accents, you might say. But that seems like a lifetime ago. After settling into adulthood over the past two years, a new Sammies has emerged, and they've been working on a new album in a new city. 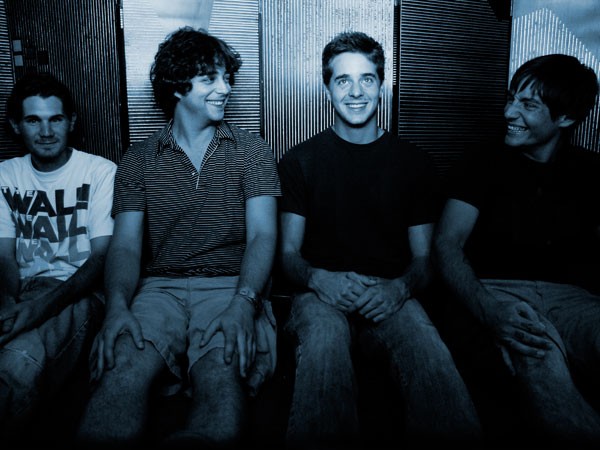 "It's not as rowdy as the first album," says singer and guitarist Frank Backgammon, whose real name is Will Huntley. He's referring to the band's self-titled debut of 2006, released on the Charlotte indie label MoRisen Records. "At that time, the other guys were underage, so they were rowdy themselves. We'll still have some pretty upbeat songs," Backgammon adds, but fans should expect a little less of what he calls "down-at-the-bar drinking music."

The Sammies will be playing at a 10-year anniversary celebration for MoRisen on Dec. 21 at the Visulite Theatre. To readers who follow the Charlotte music scene, this may come as a surprise. For starters, MoRisen has been mostly silent for the past few years, seemingly defunct. But also, at this point, seeing The Sammies on any bill is a rare treat. After all, the sleek and catchy rock outfit — once one of the hardest-touring acts in the Carolinas — have only played sporadically since it released its second album, Sandwich, in 2008. By all indications, it seemed the band's run was nearing its end.

"There was a lot of regular life going on," Backgammon says. "A couple of us got married and got jobs. Life got in the way for a little bit."

Backgammon's brother, Joe Huntley — who drums as Donnie Yale — got hitched while the band was in full swing, but has since become more settled into his domestic life. And last year, Backgammon got a job promotion that sent him to Asheville. But The Sammies couldn't stay apart. They'd get together occasionally to work on new material. Friendly visits worked their way into rehearsals, eventually leading the band members to Asheville's Echo Mountain Studio for their first album in four years.

"We all have been really close friends," Backgammon says. "Nobody's ever been that guy who would try to get too big for his pants. We've never had that guy in the band." He laughs. "It doesn't hurt that the drummer's my brother, and we kind of have to see each other at Thanksgiving and Christmas," Backgammon adds. "It's easier to be cordial."

In a happy twist of fate, Backgammon got another job promotion this fall that brought him back to Charlotte. The Sammies plan to take their time working on the new album and new sound.

When The Sammies leapt onto the scene six years ago, they had a sound very much in line with the times: Riffs ricocheted off one another in kinetic rock 'n' roll sprints, bolstering charismatic lyrical come-ons and tales of late-night parties. But as the band members have settled into adulthood, their musical approach has matured. While working at Echo Mountain over the summer, they experimented with Moog synthesizers, as well as new echo effects courtesy of the studio's treasure trove of vintage equipment.

More than anything, The Sammies are simply applying grown-up sensibilities to a sound born from youthful exuberance, hoping to enjoy the advantages of both.

"When we first started playing, we were just playing punk rock," Backgammon says. "A lot of the songs were over way too fast, which is cool. We were young, and that's kind of what you do. I think [the new material] is what happens when we quit playing punk rock so much."