Film / Culture Question the Queen City: Who was Virginia Dale?

I came across an old film called Holiday Inn a few weeks ago that included an amazing dance number between Fred Astaire and actress Virginia Dale. I did a little research on her and it turns out she was born in Charlotte, but I couldn't find much more. Are you familiar with her? - Marc Scott, Charlotte 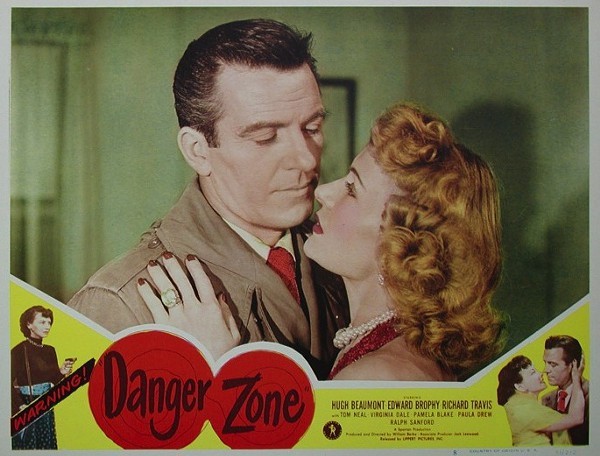 I proudly consider myself an old-movie buff. To me they are like time capsules - a window into the past. I am familiar with Holiday Inn (1942). It was the film where Bing Crosby debuted the highly successful holiday classic "White Christmas."

I came across Virginia Dale's ties to Charlotte several years ago but was never able to uncover very much initially. She wasn't a huge success.

Nevertheless, she merits more than just a nod when it comes to native Charlotteans who left a mark on the world beyond the borders of Mecklenburg County.

Virginia Dale Paxton was born July 1, 1917. Records indicate her parents were Joel and Lula May Paxton and that she had a younger sister named Joey Augusta (who was crowned Miss North Carolina in 1941), an older brother who went by the name Jay and an older sister named Frances.

It is unclear as to what became of pop Joel; Lula is listed as the singular head of household in a 1930 census report. But other stories indicate that the children at one point lived with their mother on the second floor of a building that once stood at the corner of Camden and Tryon streets. A posting from the Charlotte Dispatch blog inferred that, during Prohibition, Lula May Paxton was known to operate a speakeasy of sorts, offering shots of liquor to alcohol-deprived, hard-working men.

Virginia and Joey (Virginia's younger sister) eventually formed an entertainment duo known as The Dancing Paxton Sisters and began to develop a name for themselves performing at various nightclubs up and down the East Coast.

During an impromptu visit to Charlotte, Broadway dance and musical producer Earl Carroll (known best for his "Earl Carroll's Vanities" all-girl revues) caught a glimpse of Virginia and saw the makings for greater potential. "You should try out for a serious stage career," Carroll told her.

While her sister stayed behind and captured the Miss North Carolina title, Virginia was off to New York City, where she studied dance with the acclaimed instructor Ned Wayburn and famed Russian ballet artist Tamiroff.

An unidentified movie scout later caught a glimpse of Paxton on stage in New York (she had since dropped her somewhat harsh sounding last name for the more genteel Dale). He wrote back to executives at Paramount: "Interesting girl. Reads with conviction...aristocratic and good dancing ability. Worth investigating."

The scout, however, couldn't keep up with Dale. She had already moved to Los Angeles and snagged several bit parts in various films (as well as capturing a runner-up position in the Miss California contest).

She changed her focus to television and continued working until 1958, when she withdrew from the industry completely to focus on raising a family. After her children were grown, she returned to the business, working steadily in character roles from 1982 to 1987 in a number of mini-series, among them Bare Essence (1982-83) and North and South (1985).

After a career that spanned four decades, Dale passed away from emphysema-related complications on October 3, 1994. She was 77.

While her film career did not shine as brightly as some other stars of the period, she was a native Charlottean who left behind a respectable body of film work and a family that loved her very much.

Inscribed on her tombstone in the Hollywood Hills Forest Lawn Memorial Park in Los Angeles: "Beloved Wife, Mother, Grandmother, Sister and Loyal Friend. Dear Sweet Virginia...May You Sleep In Heavenly Peace. You Will Always Be In Our Hearts And Prayers."