Q. In the 1960s, there was a particularly gruesome murder of an elderly couple in Charlotte on Mulberry Church Road. I remember the case well because my parents drove past the house on a few occasions and I would overhear them talking about what had happened there. Was the case ever solved? — Rich Walton, Norfolk, Va. 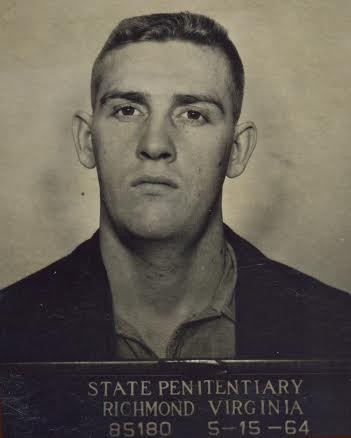 In the 1950s, the western section of Mulberry Church Road and the surrounding neighborhood was a respectable working-class residential enclave. The houses have since been torn down and side streets razed over, mostly because of Douglas Airport’s efforts to remove families that were too close to the frequent jet traffic overhead.

The house at 3651 Mulberry Church Road was the first to go in the neighborhood, but it didn’t have anything to do with redevelopment. It sat empty for so many years because no one wanted to live in the house where a brutal double homicide took place on the night of Monday, May 19, 1963. It was razed for that very reason.

The victims were an elderly retired couple: John and Annie Starnes. They had purchased the home shortly after it was constructed in the early 1950s.

In an unlikely move for a couple of the time period, they decided to pick up roots from Rutherford County, N.C, and move to Charlotte, where they would open the Pilot Restaurant in 1949, across from the old State Highway Patrol Barracks on State Highway 74.

They developed quite a strong following and would continue to run the business until sometime in the mid-'50s. In the years that followed, John, past retirement age, decided it was time for both he and his wife to slow down and enjoy their remaining years peacefully with each other and friends in the surrounding area.

It was one of those friends, Charles B. Wright, owner of a nearby restaurant, who realized something was amiss after noticing their absence from his business for a few days. He visited their house, but was unable to get anyone to the door and asked a neighbor to contact the CMPD.

Police were unprepared for the sight they would encounter when they entered the home. Blood was smeared on door frames and splattered on the walls amidst the telltale signs of a violent struggle. Lying on the floor of the master bedroom in pools of blood were the brutalized bodies of John and Annie. Both had been stabbed multiple times in the back and head with a weapon that made wounds about an inch wide.

The county coroner determined that they had been dead for 48 hours. Police would later surmise that the attack had occurred late in the evening, two nights before. Given the fact that the exterior lights were on, they inferred that, in all likelihood, John had perhaps heard something outside and flipped on the lights. Once he opened the door to see what was causing the commotion, he apparently encountered a burglar, possibly a drifter not from the area - someone no one knew.

The individual, or individuals, police contended, forced John back into the house at knifepoint, likely demanding money or something of value. It’s unclear as to whether he was fighting to prevent giving up something, or fighting to save his life and his wife.

Less than six months later, a young drifter by the name of Luther Durham Jr., a native of Guilford County, North Carolina, was arrested and charged with breaking and entering, grand larceny, statutory burglary and first-degree homicide in the deaths of two elderly women in Richmond, Virginia.

According to Cold Case Detective David Phillips, police in Charlotte at the time noticed similarities between the two cases and immediately dispatched officers to Virginia to interview Durham.

At the time, Durham had not yet gone to trial for the homicide charges and told investigators that he might have information to share with them depending on the outcome of the case. If he was convicted, he’d have nothing to tell them. If he was acquitted in Virginia, he might be willing to return to North Carolina to bargain what he knew about the deaths of John and Annie Starnes.

On December 8, 1965, Durham was convicted in Virginia on all charges and sentenced to life in prison plus 14 years. Charlotte’s police force knew their key informant would now be tight-lipped, and once again, the case went cold. This time, it would be 40 years before the mystery behind the deaths of John and Annie Starnes would be solved.

The years passed and changeovers on the police force saw the Starnes case shuffled to the bottom of the pile and, for all intents and purposes, forgotten.

Then, after local media produced a series of articles on unsolved murders, the Starnes case was reopened and a team of 21st-century investigators began to look at what information had been collected and left behind decades before.

As it would turn out, Durham was still alive and incarcerated, and willing to talk. He recalled a late evening many years ago, when he, Alice Fritz (the girl he was purportedly dating at the time), her sister Myrtle Ward and their stepfather, George Monroe, had been traveling through the Carolinas from Virginia. They were low on cash when they ran into car trouble. Durham indicated that George Monroe claimed he was acquainted with the Starnes couple, and that perhaps they might be able to help out with some cash.

According to Durham, he dropped Monroe and his two daughters off to talk with them, while he backtracked to a nearby service station to see if he could find someone that might be able to fix his car.

Before he left, he told police, he saw John Starnes open the door to his home and allow Monroe, Fritz and Ward entry.

After an unspecified amount of time, Durham told detectives he returned to the Starnes' home to pick up his friends. Upon arriving, he found John and Annie dead, and thought it best to get his friends as far away from the scene of the crime as possible, reportedly taking them out of state as soon as the car was repaired. It’s impossible to corroborate his version of events. As of 2002, Monroe, Fritz and Ward were all dead.

So, the question remains: did Monroe and his stepdaughters beat and stab John and Annie Starnes to death and simply walk away, living out their lives and never committing another crime, or is Durham, a cold-hearted, convicted killer with a talent for deceit and manipulation, responsible for their murders?

On January 14, 2009, Luther Durham, Jr. was released from prison in Virginia and allowed to return to North Carolina. State records indicate he is under parole supervision for 999 years.

According to a representative of the Bland Correctional Institute where he was incarcerated, he returned to the state to live with family members, possibly in Guilford County. She spoke under the condition of anonymity:

“Around here, they called him ‘The Mayor,’” she said. “I think it was because they were so scared of him. I was warned by the warden once to never be alone in the same room with him and that he hated women.”

Her final statement was a chilling one. “He lied. He changed his stories a lot. He had confided in a cellmate that he had committed the murders here in Virginia, and that’s what got him convicted.”

According to the representative, there have been rumors amongst the population that Durham has since passed away. Scans of the Social Security Death Index and obituaries showed no listing.

If Luther Durham is still alive, he celebrated his 72nd birthday on July 9. That would make him around the same age as John and Annie Starnes when they murdered. If he has since died, the case will remain forever unsolved.

David Aaron Moore is the author of "Charlotte: Murder, Mystery and Mayhem." His writings have appeared in numerous publications throughout the U.S. and Canada.