Despite numerous chaotic dance-centered distractions, Boston's Pile entranced the crowd at the Milestone on April 28, 2012, thanks to the band's somber brand of rock.

Performing a handful of songs, including new material from their 7" release, Big Web, Pile pairs everything you love about '90s music with a thorough understanding of musical theory. They make the heavy light and bring a cathartic outburst of melancholy that is released in musical form. 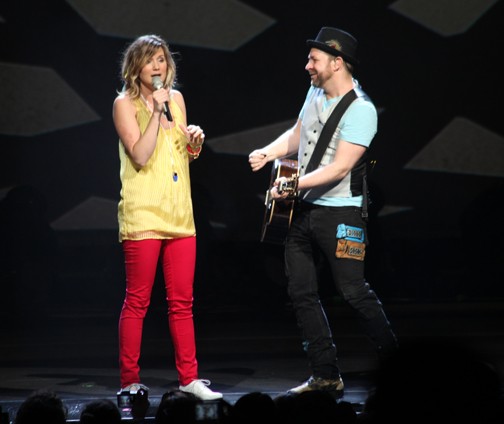 Halfway through Sugarland's set on April 27, 2012, Jennifer Nettles bathed in the spotlight and belted out the band's Grammy winning song, "Stay." Full of emotion and appearing on the verge of tears, Nettles showed vocal range and strength as the crowd sang along to every word. The show could have ended right there. Instead, the country crossover duo honored a few more requests before calling it a night as Charlotte's Verizon Wireless Amphitheatre kicked off its summer season.

The duo, Nettles and guitarist Kristian Bush (along with a full backing band), honored just about every song request that came their way as they put on a show that was completely for the fans. Appropriately titled the "In Your Hands" tour, Sugarland's fans got a sweet taste of the hits along with some more obscure tunes and covers. Having already toured in support of their 2010 album, The Incredible Machine, this tour is purely for the love of performing.

HARRY TAYLOR FUNDRAISER CL gave its endorsement of Harry Taylor for Mecklenburg County Commissioner, and now you can show your support for the candidate, too. A fundraiser is being held at the Evening Muse for the former head of the Charlotte Folk Society who has a passion for education reform and environmental protection. The event will feature the Flat Possum Hoppers. There will be yard signs and Taylor is expected to speak briefly, as well. 7-9 p.m. The Evening Muse.

HOPE FOR AGOLDENSUMMER Athens, Ga., folk/Americana luminaries Hope for Agoldensummer long ago earned a place in the hearts of discerning listeners in their famously music-centic hometown. Sisters Claire and Page Campbell weave their lilting voices through the shambling, rustic junkyard orchestra of their arrangements with the help of prolific musician/producer Suny Lyons. With nearly a decade of writing and performing under their collective belts as Hope for Agoldensummer, this trio creates lovely, masterful and original music. $5. Snug Harbor.

SUGARLAND For a band that consistently tops the country charts, the slick duo Sugarland sure is doing a good impression of a pop/rock act - and lately it's with mixed results. Aside from Jennifer Nettles' sultry Southern drawl, little remains of the emotive, rootsy balladry that first made she and guitarist Kristian Bush darlings of the modern country scene. Last year's release, The Incredible Machine, left even die-hard fans scratching their heads with its heavy-handed arena rock anthems. But the pairing of Nettle's powerhouse, soul-drenched vocals with new danceable rhythms shines where it's intended - on a big, bright stage full of big-screen razzle-dazzle. $25-$80. Verizon Wireless Amphitheatre.

Charlotte quintet Hrvrd, formerly known as Harvard, has signed to Equal Vision Records as the band prepares to release their second full-length album. 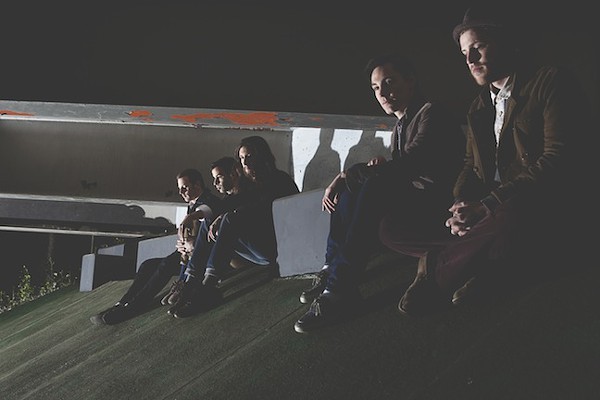 
The next album, recorded with Brian McTernan (Circa Survive, Senses Fail), doesn't have a release date yet. McTernan also produced the band's first album, The Inevitable and I.

Hrvrd performed as part of an Equal Vision Showcase at the South By Southwest Music Conference in 2011. Equal Vision is home to a number of bands including Chiodos, Say Anything, Sky Eats Airplane and We Came As Romans.

Hrvrd's next Charlotte show is at the Neighborhood Theatre on May 25.

YOUNG THE GIANT/APACHE RELAY Frontman Sameer Gadhia tries to inject passion into his mid-range nice guy vocals, and Jacob Tilley takes a stab at atmosphere with chiming delayed guitars, but Young the Giant's sunny SoCal-flavored pop-rock is more warmed over than genuinely warm. Young the Giant shoot for the plaintive plain speaking of Soft Swells and the retro-tinged yearning of The Last Shadow Puppets, but lack the dark undercurrents and sheer hookiness of both bands. This is well-played and produced corporate indie rock, recalling Kings of Leon-lite at best, the vague gaseousness of Coldplay at worst. Openers Apache Relay, with their brand of '70s-influenced Americana rock, are far more credible. $24.50. The Fillmore Charlotte.

MELVINS Blasting their way through the musical trends of the past 30 years, Melvins' mutation of punk and metal, an unwieldy tank cruising and oozing sludge, still packs a wallop. Sure, they can be accused of repetition, but the lads, and their fans, don't give a shit, thank you very much. The core duo, guitar abuser and vocalist Buzz Osborne and primal drummer Dale Crover, have wrought mayhem on countless recordings and singles, and have also worked individually with several experimental outfits. Melvins' recent EP, The Bulls & the Bees, is available for free (the carmaker Scion bankrolled the recording) and a new album is in the works for release this summer. The unrelenting noisemakers Unsane will open. $15-$18. Amos' Southend.

JESSE RUBEN Jesse Ruben has a way of looking straight into your soul and putting emotions into words, which has served him well in building a fan base which tends to credit him with saving their lives. A graduate of Boston’s Berklee College of Music, Ruben is out supporting his second record, The Ones That Matter, an album on which he pours out his heart and soul (and will bring you to tears right along with him), maintaining a sound reminiscent of James Taylor and Paul Simon. $10-$12. Evening Muse. (Alison Angel)