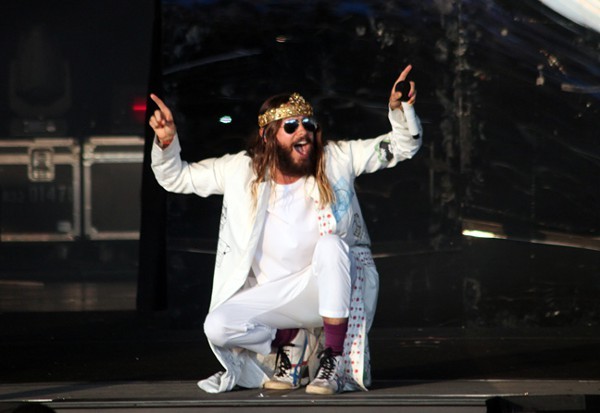 On the Carnivores Tour’s Aug. 12, 2014, stop in Charlotte, arena rock definitely ruled the night. Since the show features co-headliners 30 Seconds to Mars and Linkin Park, with rock icons A.F.I. opening the show, could it be anything but? It appeared that two of the biggest modern rock bands in the last couple of decades brought out one of the biggest crowds of the summer to the PNC Music Pavilion. And on a week night at that; from pit to lawn was overflowing with people packed in like sardines.

Thirty Seconds to Mars primarily showcased songs from their newest, self-released record Love. Lust. Faith. Dreams. "We put this record out ourselves, with no label behind us," singer Jared Leto told his fans. "So go buy it on iTunes, download it illegally if you don't have the money, I don't care, just go get it." And while Leto’s actor side does come out with a bit of dramatics at times (he was donning a crown and priestly robes and giving off a Jesus-like air), he manages to sell the hell out of those new songs with near-flawless vocals. And the dramatics definitely work in his favor on such sweeping rock anthems like staple "Do or Die." He makes the drama work in his favor and it works hard. 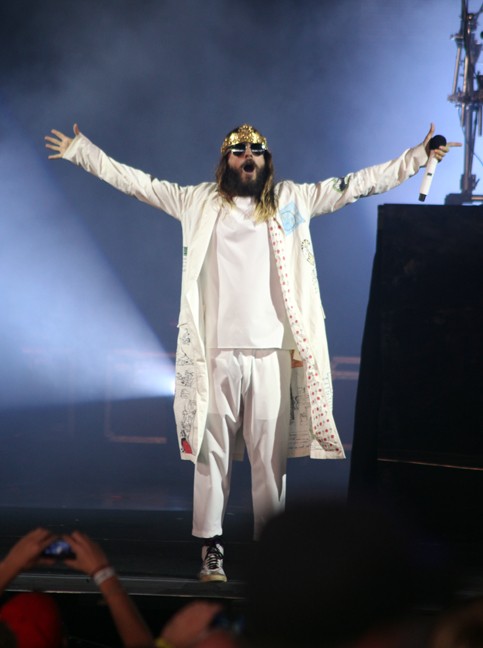 Yes, the main focus of 30 Second to Mars' set seemed to be Jared Leto (poor Shannon Leto and Tomo Milicevic just come off as background players, never seeming to get their moment to shine). But in all fairness, the guy did just win an Oscar for Dallas Buyer's Club. Despite building a hardcore fan following with 30 Seconds to Mars long before hitting the awards circuit, that buzz still manages to make catching a glimpse of him the main event for a lot of the crowd.

Still, he puts on a great show of being humble — during anthems like "Kings and Queens," for example, when he races offstage with no thought for his own safety to climb through the crowd, clutching hands with fans and posing for silly selfies while acting as conductor to the masses. Or when he pulls dozens of kids from the pit, inviting them onstage to be with him and to sing. It’s acts like these that keep it from appearing like the "Jared Leto Show." He truly expresses his gratitude for the fans being fans of the music.

Linkin Park closed the show with an hour and a half set that can only be described as explosive — and as almost in complete juxtaposition to Mars. Whereas Leto mostly preaches an uplifting message, Park's lyrics often go a complete 180. Like during anthem "Given Up" in which singer Chester Bennington screams, "Tell me what the fuck is wrong with me, God put me out of my fucking misery." But hey, Linkin Park does hail from what has become known as a more angst-ridden era. 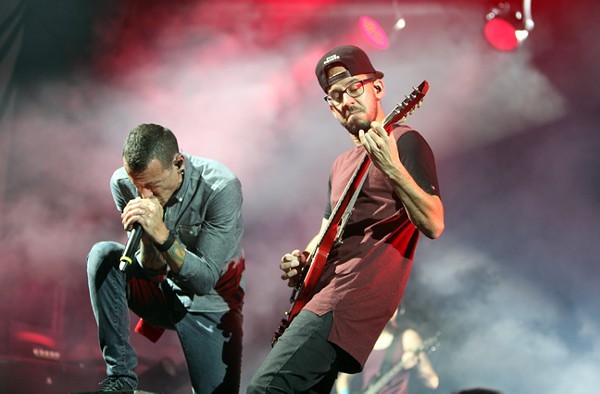 The difference? Unlike other bands that came to be around their time, they're still here thanks to a blending of rap and rock. Bennington and the band's rapper (and keyboardist/guitarist/you name it-ist) Mike Shinoda weave melodies in and out of each other, Shinoda instinctively taking it down a notch while Bennington screams into the mic like a cry for help. And it’s a beautiful thing.

Since Linkin Park is the epitome of arena rock, the technical effects had to, of course, match what’s evolved into a soaring and epic sound. The LED screens fanning the air above the group not only moved, but merged into cubes that lowered onto their master synthesizer and drummer — a light display reflecting off of each that acted as a spotlight highlighting each musician's chops.

Especially memorable are the synth beats that flawlessly connected a lot of the groups biggest hits, like a piano ballad heading into "Leave Out all the Rest" or a synthesizer solo, utilizing the sounds of an old fashioned record player and a beats program on a tablet, melding into one of their most famous songs, "Numb." 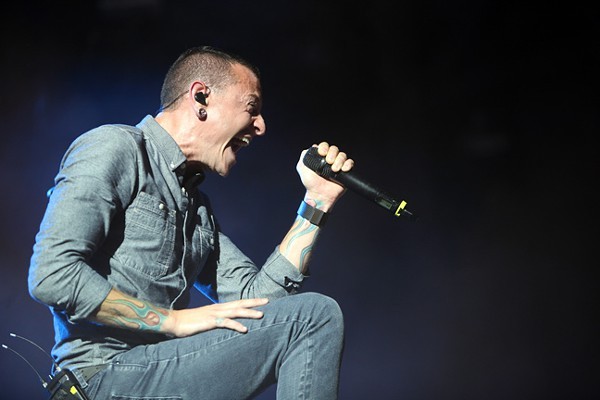 Linkin Park structured its set list to pepper in a few of their classics, such as "Leave Out all the Rest" and "One Step Closer" alongside newer material from The Hunting Party, but the crowd really lost it near the end of their set where they squeezed in all of the fan favorites: "Faint," "In the End," "What I've Done." The band barely had to sing for all the noise the crowd was making as they screamed the lyrics that shaped a lot of their formative years.

Frankly, the Carnivores tour offers fans a chance to catch three big rock bands on one tour, and every single moment of each performance was a sight to behold. Between A.F.I. tearing up the stage before the headliners even appeared, to the theatrics in 30 Seconds to Mars' act and the grand performance of hard-rocking Linkin Park, fans walked out with a sense that this moment was truly once in a lifetime. 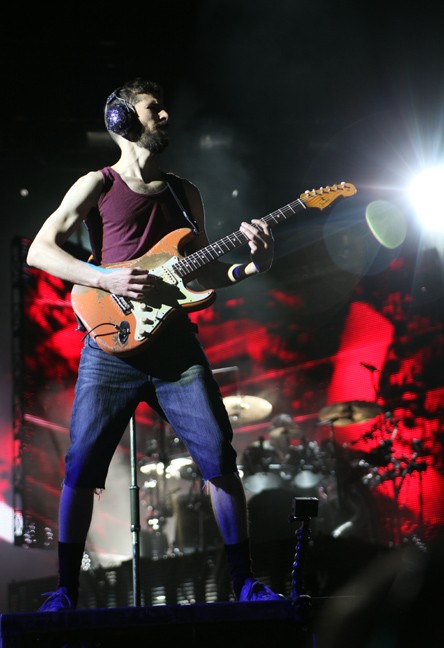 Linkin Park Setlist
Mashup Intro
(w/ Session, 1stp Klosr, The Requiem, The Summoning, The Catalyst, Guilty All The Same)
Guilty All the Same
Given Up
With You
One Step Closer
Blackout
Papercut
Rebellion
Runaway
Wastelands
Castle of Glass
Leave Out All the Rest / Shadow of the Day / Iridescent
Robot Boy
Joe Hahn Solo
Numb
Waiting for the End
Final Masquerade
Wretches and Kings / Remember the Name
Lying From You
Somewhere I Belong
In the End
Faint

Encore
Closer to the Edge 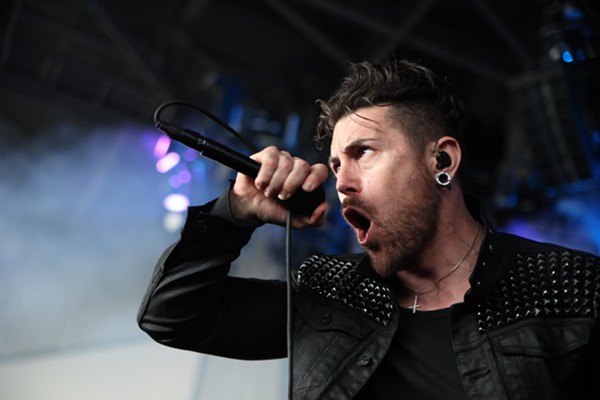 A.F.I. setlist
The Leaving Song Pt. II
Girl's Not Grey
I Hope You Suffer
Love Like Winter
Medicate
17 Crimes
The Days of the Phoenix
Silver and Cold
Miss Murder