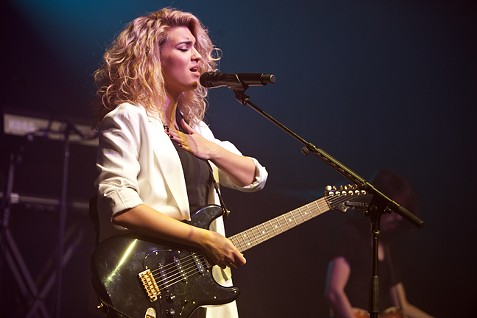 Tori Kelly packed the house Thursday at the Fillmore, all on the promise of sheer, raw talent. The show was highly anticipated, as the last time she was supposed to be appear for Kissmas in December, she had to reschedule due to her appearance on a little show called The Voice. This night, there were no theatrics, no spectacle — just the girl and the guitar that went on to become a pop sensation.

Kelly took the stage for an hour and a half set around nine, coming onstage with a spotlight, a guitar and that voice. It’s where she started, a throwback to her YouTube days where Kelly really got her start, singing covers alone in her room to what ended up being an audience of millions. 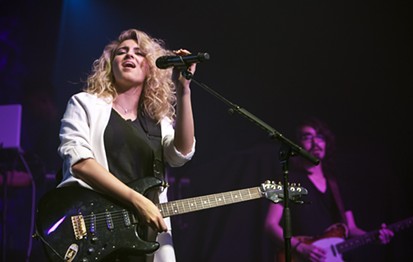 In fact, now her YouTube channel has over a million subscribers, and her videos have racked up 87 million views. She eventually went on to be a competitor on Star Search, America’s Most Talented Kids and American Idol, and after being eliminated from the competitions, the young Kelly independently released an EP that she produced, wrote and mixed herself, “Handmade Songs by Tori Kelly.” The rest is history (though a short one — she is, after all, still only 23).

She signed to Capitol Records for the release of a second EP, and released her debut full length album, Unbreakable Smile, in the summer of 2015.

Her set began with acapella intro “Where I Belong,” slowly building by layering in her guitar and crescendoing into the album’s namesake song with her four-piece band for “Unbreakable Smile.” Kelly has a powerhouse voice that she uses to convey every emotional range in the book. While Unbreakable Smile was a great debut, if a little overproduced at times, the songs really come to life and she really shines during the live performance. Give this girl a guitar and a microphone, and she’ll bring you to tears, cheers or jeers, depending on what feeling she’s working to convey.

Kelly and co powered through the first part of the set, slowing it down and taking it acoustic for songs like “Falling Slow,” “First Heartbreak” and “Art of Letting Go.” Of course she threw in her famous covers of “Suit and Tie” and “Pretty Young Things,” dedicating it to her fans that have followed her from her YouTube beginnings. “I wouldn’t be up here without you," she said, jumping right into her flawless renditions. 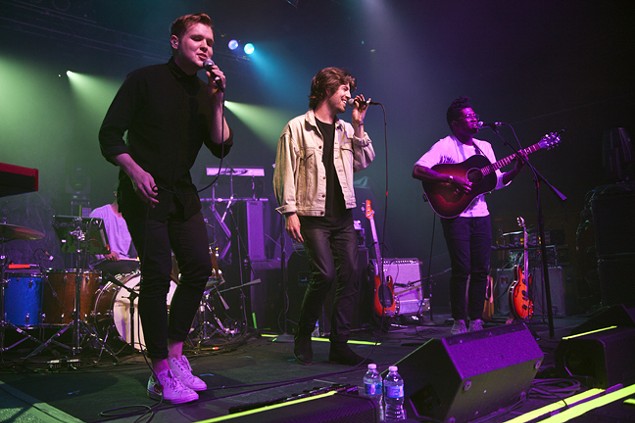 Seeing her on stage performing what she’s described as “urban pop with a hip hop type of Lauren Hill twist,” it’s easy to see why this tiny girl with the curly hair has sold out venue after venue on the “Unbreakable” tour. Tori Kelly is set to go much, much further in her career with the kind of musical ability and raw talent she’s got.

Before Kelly took the stage, trio ThirdStory opened the night with a half hour set of pop tunes that leaned heavily on soul and three part harmonies. They knew when to lean R&B, when to lean towards
pop and when to let their vocal abilities steal the spotlight all alone. The crowd ended up loving these guys so much, the back part of the venue spent half of Tori Kelly’s set snapping pictures with the trio once they spotted them hanging around. These guys are incredibly talented, and set to go far. 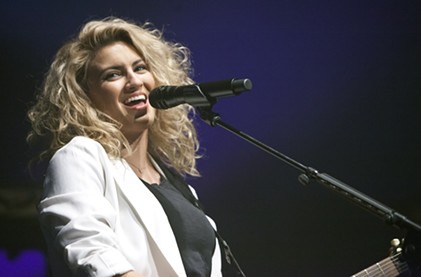 Setlist
Where I Belong (Intro)
Unbreakable Smile
Expensive
Anyway
Nobody Love
Falling Slow
First Heartbreak/Art of Letting Go/Paper Hearts
Suit & Tie/P.Y.T./Thinking About You (Justin Timberlake, Michael Jackson and Frank Ocean cover)
Confetti
Funny
City Dove
I Was Made for Loving You
Treasure
Talk
Something Beautiful
All in My Head
Dear No One