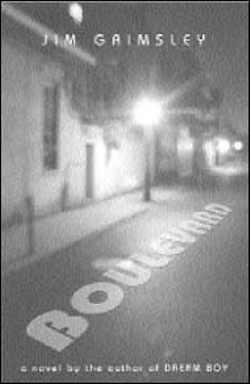 Like the gay classic, John Rechy's City of Night, Jim Grimsley's new novel depicts urban gay life as exotic, marginal, and even monstrous. But while on the surface it may appear that Grimsley is celebrating the netherworld of one-night stands made popular within 1970s gay fiction, he is in fact, memorializing some of the main impulses behind recent gay fiction: avowal and self-discovery, then surely sexual affirmation.

In this, his fifth novel, Grimsley, a finalist for the Pen/Hemingway Award for his novel Winter Birds, sets his sights on Newell, a young man from Pastel, Alabama, who has just moved to New Orleans, "a city full of everything good and bad." The year is 1978, and the city beckons with the promise of economic independence, anonymity, and the randomness of city life -- all possibilities that the small town of Pastel is unable to offer.

Arriving with a mere $95 in his pockets, Newell rents a room in the French Quarter and finds a job in a pornographic bookstore. A handsome, good-natured young man, Newell soon finds himself a favorite of the town and gets caught up in the gay subculture of the city, exploring the bars with his new friend, Henry, a pudgy sidekick who admires him from afar.

For the first time since coming to New Orleans, Newell begins to feel as if a window is opening within him -- as if the city itself is a narcotic, and he drifts like the river, alongside Henry through bar after bar, watching and learning.

Although he only stands and watches and learns, each time he explores the city with Henry, Newell finds himself being pushed further and further. Then one night on the dance floor of a disco, a man asks him to dance, and he quickly finds himself "moving among the others, thankful for the music. . .drifting nearer a place within him that would open out like a flower and cause the rest of him to be transformed."

While fulfilling his dream in the big city, Newell crosses paths with a wide cast of characters: Mark, Newell's first boyfriend, a drug-addicted party boy who is searching for the secret to his family's history; Miss Sophia, an aging transsexual who watches the city's denizens come and go; and Jack, a shadowy figure whose dark fantasies lead Newell down a path toward self-destruction.

Although the first third of the novel moves slowly as Newell acclimates himself to city life, Grimsley's prose is detailed and masterful, and at times even sensuous. But when he breaks free of this stage setting, Grimsley creates a world that's dark and ugly, frightening and dangerous, yet at times manages to be beautiful and comforting.

Grimsley's prose is marked with a wild unease coupled with potent insights. He creates an almost mythical world that one can touch and feel, from the graceful shape of a face and neck and shoulders, to the balmy oppressive humidity of a New Orleans summer night, in a world that is awash in sensations, each delighting, terrifying and sometimes even humbling.

Although some might liken this work to a novel of the "gay ghetto" -- of, for, and about gay men -- it's much more than that. This is a complex, artistic, social and psychological exploration of the human sexual identity, examining the awakening of the sexual self from the naivete of a young, inexperienced country boy to the worldly, heartbreaking awareness that sometimes dreams do not materialize in the manner we had hoped for.

Grimsley reminds us that we are not doomed if we are homosexual, but only if we despair because of it. The real sin is never making the trip, never dancing, and never falling in love. As Andrew Holleran writes in his classic, Dancer from the Dance: Sometimes "dreams decompose, darling, like anything else," but Grimsley seems hopeful that armed with this knowledge, we will once again find ourselves dancing. *

Seabiscuit: An American Legend by Laura Hillenbrand. This book, like its subject, was a huge and unexpected success. Hillenbrand tells the compelling story of an underdog race horse, Seabiscuit, whose determination, lowly background, and upset victories made him one of the most beloved American icons of the Depression years. This is stirring, ground-level American pop culture history at its best.

The Wooden Sea by Jonathan Carroll. A big ugly stray dog dies in small town police chief Francis McCabe's office; trouble is, he won't stay buried. That's just the beginning of a string of increasingly odd events that turn McCabe's life into a surreal carnival ride. Carroll has a sure hand with oddball fantasy, grounding his story in earthy detail while exploring the thin veil separating the "real world" from whatever else is out there. No wonder he's become a cult favorite.

The Bullfighter Checks Her Makeup by Susan Orlean. A collection of masterfully written profiles of largely unknown people, by one of the best writers of short non-fiction in the country today. Orlean, who often writes for The New Yorker, is known for her ability to hit just the right tone with each of her various subjects, so that no two profiles are alike in style. Orlean is unobtrusive almost to a fault, but is so intensely observant, her subjects reveal themselves on their own. A book of humor, compassion, and humanness by a contemporary master.

The Quick and the Dead by Joy Williams. Set in the Southwest desert, this novel looks at, among other things, how people deal with overwhelming loss; it's an unsettling, prickly book with little plot and distinctly weird, and often unpleasant, characters. So why is it recommended? Because it's a reservoir of pure imagination, liberating creativity, and writerly courage. Not to mention that in places it's awfully hilarious.

Five Finger Discount by Helene Stapinski. One of last year's pleasant surprises, Stapinski's memoir tells the story of her larcenous upbringing in a no-holds-barred family of robbers, bookies, small-time crooks and ruffians in one of the toughest burgs in the US, Jersey City. It's Stapinski's humor and odd brand of nostalgia for the grit of her now-gentrified hometown that hold together this portrait of a classic slice of the Northeast.

Following are some recent books we recommend.

The Nanny Diaries by Emma McLaughlin and Nicola Kraus. Already the talk of NYC, complete with pending lawsuits, this is a fictional account of a student's stint as a nanny for a horrid, vapid Upper East Side couple who view their charming four-year-old boy as an accessory. Funny throughout and hilarious in spots, the book (written by two former nannies) is full of a healthy Afflict the Rich outlook. It's two literary rarities in one: a very good book that's written in tandem -- and a very good book that will probably be a big seller.

Death By Journalism? by Jerry Bledsoe. Chilling true tale of an irresponsible Greensboro reporter whose exaggerated claims about a community college course on the Civil War caused an international uproar and may have led to the stress-related death of the instructor. Issues of freedom of the press vs. freedom of speech, and of the press's responsibility to own up to mistakes are made real in this vivid book by a noted NC writer.

Stupid White Men by Michael Moore. An outrageous, often hilarious rant by writer/filmmaker Moore, this book's main target is Dubya, who Moore calls the Thief-in-Chief and says should be deposed by UN troops. ("Bring me the head of Antonin Scalia!") Other targets are the Middle East, the Democratic Party's sellout to corporations, and racism (blacks should put inflatable white dolls in their cars so racist cops will think they're chauffeurs).