Resistance Is Our Birthright 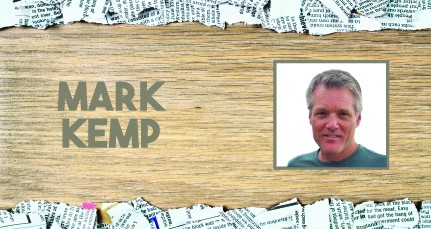 More than 10,000 people of all ages, races and gender identity marched into Romare Bearden Park in Charlotte last Saturday in a show of love and unity that could only be described as breathtaking.

The Women's March on Charlotte was an act of peaceful resistance the likes of which I have never seen in my half-century on this planet. It was an extraordinary show of dignity in a time of extraordinary indignity in our city, state and nation, and it was repeated in cities across the United States.

After spending Saturday listening to many of the marchers, hearing an inspiring speech from Mayor Jennifer Roberts, having lunch with close friends at Rí Rá Irish Pub, and then spending the evening with another friend putting the past few days into perspective, I went back home. And then, for yet another two hours, I spoke by phone to my dear friend Ipeleng Kgositsile, who lives in Oakland, California.

At one point, Ipeleng divulged a recent epiphany. "Resistance," she told me, "is my birthright!"

It was not just mindless sloganeering. Her father is the influential South African poet Keorapetse Kgositsile, a key member of the African National Congress who was exiled from his country in 1961 and spent much of the '60s and '70s in New York City before ultimately returning to Johannesburg in 1990 and becoming the nation's poet laureate in 2006. "In a situation of oppression," he once said of his calling, "there are no choices beyond didactic writing: either you are a tool of oppression or an instrument of liberation." Ipeleng's mother is the late Melba Johnson Kgositsile, a tireless anti-apartheid activist and the executive director of the Council on Interracial Books for Children.

So when Ipeleng says "resistance is my birthright," it resonates deeply. That birthright was enormous for a young girl who just wanted to be like other girls growing up in New York in the 1980s. After years of wrestling with the weight of such a legacy, she is only now able to fully embrace it.

Just as we are only now able to fully embrace ours.

In Charlotte, and in town and cities all across the nation on Saturday, women and men; blacks, whites and Latinos; LGBTQ and cis-straight; abled and disabled; grade-school children to nonagenarians gathered en masse to acknowledge that resistance is our collective birthright. We marched to show that patriotism sometimes means not accepting what's been imposed upon us. We held signs to demonstrate that peace sometimes means fighting with every ounce of vigor one can muster. We locked arms to show that love can prevail over hate.

Creative Loafing's news editor Ryan Pitkin was at the march all morning, and he's compiled some the images he took, along with the thoughts and fears and hopes that many of the marchers expressed.

Those marchers aren't the only ones in Charlotte trying to spread love and justice. One Charlotte family has been spreading it far and wide for almost a century. The matriarch of that family, Mary Virginia Federal, turns 100 this week. Mrs. Federal, the mother of beloved local musician Lenny Federal, moved to the Queen City with her Irish family in 1917, when she was just six months old. In 1942, she married Robert Joseph Keegan Federal, and a rich family legacy began to unfurl.

The Federals — the name itself denoting a union that takes care of its constituent parts — became well-known musicians, judges, teachers, nurses, soldiers, social justice warriors and more. The family is such an integral part of the fabric of Charlotte that the Federals have their own float in the St. Patrick's Day Parade.

"My dad was very interested in politics and he wanted his children to be interested in their country," she tells journalist Steve Goldberg in this week's cover story. Federal has seen 25 presidential elections in her lifetime, but reveals to Goldberg that she's distressed about the recent one. "He's so disrespectful to everybody. I'm just so sorry that he won," she says.

Federal has voted in every presidential election since she turned 21 in 1938, the year Ipeleng's father was born into apartheid in Johannesburg.

These stories in this week's CL are about the long view. They're about love, unity and dignity. And they're about resistance.

On Friday, as we were preparing this issue, the new president was being inaugurated. I lapsed into momentary despair and wrote an obit for our nation on Facebook. Over the weekend, Jay Leach, minister of the Unitarian Universalist Church of Charlotte, who'd just returned from Washington, D.C., where he and his wife Melissa were among the throngs of demonstrators, wrote seven words under my obit that changed my outlook.

"We cannot indulge the luxury of despair."

Those seven words — and the stories in this issue — can change your outlook, too.