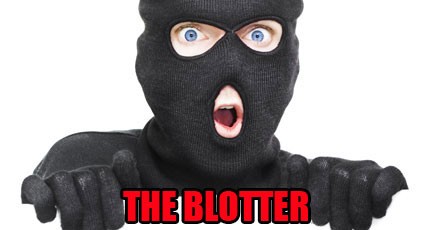 The New Speed A report surfaced last week regarding the seizure of 24 pounds of drugs in southwest Charlotte in January, but it was the type of drug that raised eyebrows. According to the report, six 4-pound packages of cathinone, or khat, was found in a business park on Sirona Drive off Shopton Road on January 2. Khat is a stimulant that causes euphoria and excitement and has infamously been fed to child soldiers in Africa to keep them fighting for long stretches of time. Although it is considered a Schedule I narcotic in the United States, police filed a non-criminal report, meaning it was probably unclear where the packages came from. Somebody must be missing them, though, because the street value of the entire find was put at $10,000.

Three Strikes A 32-year-old man living in the Villa Heights neighborhood called police after he woke up on a recent morning to find that someone had made off with part of his fence. The man told officers that, at some point between 2 and 8 a.m. in early July, unknown suspects removed three sections of his backyard fence. In the most obvious statement of the week, the report reads, "The victim stated that the removal of the fence caused damage to the fence." In all, it is believed that the thieves/vandals did $1,500 in damage.

Not Familiar Management at a gas station in west Charlotte filed a police report after a man who claimed to be one of the team scammed one of their employees. According to the report, the suspect walked into a 7-Eleven on Tuckaseegee Road one night after 11 p.m. and claimed to be an employee. It's unclear what he said to the woman who was working the cashier that night, but he ended up walking out with $80 in cash that he claimed he was owed. It was only later that the woman learned that the suspect had never actually worked there before.

Hot Shot Police responded to the scene of a recent accident on Monroe Road in southeast Charlotte and found a suspect who had clearly had too much to drink that night, and was having a hard time hiding it. According to the report, when police arrived, witnesses said the suspect had fled on foot carrying a bag of alcoholic beverages that he stashed away somewhere. He apparently didn't get it all, though, because police still found an opened bottle of Fireball cinnamon whiskey in the car. The man was showing all the signs of drunkenness, according to the report, but refused to take any tests or answer any questions, so he was taken to jail.

Ghost Rider Someone in east Charlotte might have been doing their best Nicolas Cage impression recently, or maybe just wrecked their dirt bike and got away cleaner than the guy in the incident previously described. According to the report, a woman called 911 after she was driving down Camp Stewart Road and suddenly came across a flaming dirt bike in the middle of the road. She got out to see if she could help the victim, but alas, there was no victim to be found. No witnesses in the vicinity reported seeing anyone walking away from the scene of the accident. The dirt bike was not reported stolen, so it's unclear why the victim would leave the scene. Of course, there's always the chance that it was the Fireball again, this time resulting in a literal fireball.

Cup of Joe A 45-year-old bank teller called police last week after she was assaulted by one of her customers at the end of a long work day. The woman told officers that she was working at a Wells Fargo on South Boulevard at about 4:40 p.m. when a man became upset with her during a conversation about his account. She said the man "threw a brown liquid on her from a cup" he was holding during the argument. Here's to hoping someone in that bank smacked this broke-ass man and let him know that his financial issues aren't the fault of this woman just trying to do her job.

No Take Backs A 57-year-old north Charlotte man filed a non-criminal report last week just to make sure he had it on record that he tried to pay his taxi fare. The man told officers that he didn't have enough money to pay his taxi driver on the previous night so he set up a meeting with him at 10 a.m. the next morning on Central Avenue. The man called police to show that he was there, even though the taxi driver didn't show up, so as to make sure that he would no longer be held responsible for the debt.

Popping Bottles What did the motorcyclists do to you? That's the question for one driver on I-485 who recently threw a bottle at a 52-year-old and his wife while they drove a Kawasaki 650 down the freeway. According to the victim, the suspect threw the bottle in a fit of road rage, injuring his leg and doing $200 in damage to the bike. Luckily, the victim kept control during the incident.