The Top 10 Charlotte Releases of the Past Year

The Best and the Rest

Between last year's annual CL Music Issue and this one, a lot of great music has come out of Charlotte, but these are the 10 releases that I've spent the most time listening to, that I've found the most compelling, and that I see the most potential for making even more of an impact in the coming months and years.

Is the music interesting and/or innovative in some particular way? And mostly, is it good? Does this music warrant repeat listens?

I admit to some blind spots. You won't find much in terms of metal or mainstream pop-country here, because those aren't genres I pay as much attention to as I do hip-hop, soul, funk, jazz, Americana or other kinds of rock. I'm sure music critics who follow metal and mainstream country would choose very differently from me, and I encourage readers to submit their own Top 10 choices in the comments section below.

One trend I was surprised to see as I compiled this list was a rebirth of several variations on jazz. So if there's an innovative contemporary Charlotte sound today, it's a decidedly adventurous blue-collar spin on jazz and soul. Sure, much of this music still contains time-honored Southern traditions like country, gospel and blues, but Charlotte music, like the city itself, continues to evolve, folding in new sounds, new ideas and different cultural traditions.

Check out each of these releases — and also check out the list of honorable mentions at bottom.

"West Charlotte legend ain't drop a tape in five years / So redefine what's great," Lute raps, self-consciously, in "Morning Shift," the first track from his first official album on J. Cole's Dreamville imprint. Lute would take the No. 1 spot in my Top 10 with "Morning Shift" alone, but that's not all the greatness he's redefined here. He's "Still Slummin'" from the mixtape that got Cole's ear, but on Lute's major-label debut, his sweet slurring has become a sharpened flow. He brings his Forever FC bud Hi I'm Ry on for "Living Life" and bumps it with Elevator Jay on "Home." No rapper says Charlotte, North Carolina, quite like Lute does, with his balanced mix of laid-back hip-hop, summertime soul and a solid workingman's vibe. For all those reasons and more, West 1996 Pt. 2's top billing here was a shoo-in. 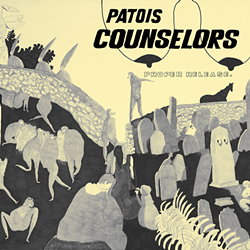 Also working the workingman's vibe is Bo White, whose raw, Fall-like lead-off track "Disconnection Notice," from the debut full-length album by his latest band Patois Counselors — as I wrote in my earlier CL review — "reveals itself to be part of a larger punk-rock meditation on what lies beneath the surface of the banalities of day-to-day life in the 21st century." So much could (and has) been written about this respected Charlotte experimental musician's crowning achievement, you just gotta trust us: This is not only the best rock release from Charlotte in the past year — it's one of the best rock releases of the year, period.

If Lute and Patois Counselors are rewriting the workingman's blues in their own particular genres, Elevator Jay is not just rapping or singing the workingman's blues, he's representing hard for Southern working folks. He fishes, he twangs, he cruises through historically black neighborhoods on hot summer days, and he even kicks off his latest release with a moaning blues harmonica. Jay's been killing it over the past few years in Charlotte's hip-hop scene with his Player Made parties and earlier releases like Slurred in Mecklenburg and Sum'na Say, but he's upped his game here. This ain't OutKast, y'all, this is classic Southern rock — only it's hip-hop.

4. Cyanca: The Isle of Queens

From "Rosa," the femme-empowering spoken poem that opens this brief, six-song EP with a laundry list of powerful black women over a Miles Davis-like muted trumpet, keys and other ambient jazz sounds, to a jazzy homage to Erykah Badu and playful songs like "New Phone, Who Dis?" and "Eat," R&B singer Cyanca's debut is packed with rich musical sustenance for the mind, body and soul. If Cyanca continues in this vein, we'll be hearing a lot more from this talented Charlotte singer in the coming year. As Elevator Jay predicts, "Cyanca will go down in history as one of the artists that helped put the Carolinas where we needed to be on the map."

Speaking of jazz: Who says the only place you can find great free jazz is New York City? Or that jazz in Charlotte sucks? OK, I've been guilty of the latter, but it's not true. And the stuff about NYC is an old misperception going back to the days when Alabama-born Sun Ra, Texas-born Ornette Coleman and the other greats among their inventive crew convened in New York in the 1960s, followed by the experimental no wavers of the '80s, who kept the downtown NYC fire burning. These days, though, mind-blowing Charlotte saxophonist Brent Bagwell and his percussionist buddy Seth Nanaa create and perform some of the best free jazz in the country right here in N.C., where the inventor and patron saint of free jazz, John Coltrane, was born and raised. The Fascination is Ghost Trees' fascinating first LP following two earlier EPs.

After he recorded one album with the Mighty Shamrocks, the almost-made-it pub-rock band of late-'70s Northern Ireland that caught the ear of Elvis Costello, singer-songwriter Mickey Stephens moved to America, dove into the Americana music scene of the '90s and 2000s, and eventually landed in Charlotte, where last year he began writing of his harrowing experiences during the guerrilla warfare that pitted Northern Irish Catholics against Protestants in the late 20th century. The result is this stunning song-cycle in which the singer-songwriter reflects on his youth spent in places "even a ghost wouldn't come back to haunt."

The alt-country sound that began offering a fresh but traditional alternative to the mainstream pop-country of the 1990s had itself become stale and formulaic by the 21st century. But a few great singers and songwriters — like North Carolina artists Rhiannon Giddens, Sarah Shook, Caleb Caudle and Charlotte's own Slade Baird of Amigo — continue to keep country-tinged music interesting. On Amigo's latest and best album yet, the band gets just the right measure of tragedy and comedy into a terrific set of songs — most focusing on physical, emotional and spiritual dis-ease — that reference the wit of John Prine, the heart of Gram Parsons and the musical muscle of the late Texas Tornado Sir Douglas Sahm.

8. Zodiac Lovers: My Life in the Bush of Real People

In an earlier era of experimental electronic music, Brian Eno and David Byrne recorded a classic set of tribal beats, exotic melodies and sampled voices called My Life in the Bush of Ghosts. It was a game-changer, marrying the sample-based sounds of the fledgling early-'80s hip-hop scene with a then-growing fascination with traditional music from other countries, namely Africa and the Middle East. It was heady stuff that put the voices of real people into a then-contemporary electronic soundscape. This set by Charlotte's Casey Malone (Zodiac Lovers) takes a different approach, according to fellow local musician Bo White. "Eno and Byrne used sampling to make the human seem more modern and alien," White recently noted. "Zodiac Lovers is doing the reverse. This was a conscious technique — taking the alien, removing any sterility, and placing it firmly into a soulful human sound." A soulful human sound, we might add, that is positively spellbinding.

It's only a demo, as the title suggests, and it's not even very long — just shy of 15 minutes. But the three funky and mesmerizing, Latin-tinged experimental rock/jazz/dance tracks on this brief EP — "Ojos Bobolos," "Reina de Mi," and "Sombras" — make up one of the strongest sets of recorded music released in Charlotte in the past year. The deep percussion, the blurting saxophone, the electronics, the powerful female vocals and lyrics sung in Spanish — it all dances together in a musical gumbo that feels both freely improvised and fully formed, like the best jazz sets of any era. We can hardly wait for the quartet's full-length debut. 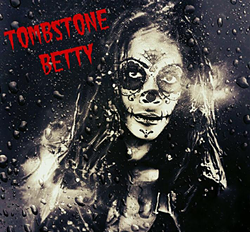 In the department of classic Southern rock, one might ask, How could anybody make that old warhorse sound fresh again? Here's how: You take a powerful black female lead vocalist with knowledge and respect for the traditions that made up classic Southern rock in the first place, put her in front of a ragtag band of shaggy Lynyrd Skynyrd doppelgangers, and have her take her cues from another powerful black woman who fronts a ragtag group of white men: Rep. Maxine Waters of California. On Tombstone Betty's self-titled debut EP, singer Adrienne Nixon Basco reclaims her time in Southern rock, drawing from a tradition that somehow brought us from Little Richard, Irma Thomas and Otis Redding to the Allmans, Skynyrd and the Drive-By Truckers. In short, Nixon Basco is settling a score, and in these six songs, she does it with heart, soul, style and attitude.