I then headed out to see the Swedish rock band Graveyard, who aside from an outstanding live show, have some really solid '70s style rock songs. Definitely a band I want to hear more from.

I then went to check out the subtle folk of Ben Sollee and his cello driven music. I had given his CD a quick listen once before, but I'm a bit more curious now. Strong vocals and musicianship go a long way and it's evident in his performance.

Kylesa kicked off the metal of the day with a strong set. I heard a chef at a nearby food stand saying, "Oh my god, this music makes me want to kill myself!" while I was buying some food... That kind of sums it up though. After all, there's not a lot of metal that makes you want to run out and play with puppies.

Justin Townes Earle brought his country folk to the Other Tent next. Another artist who I can tell has strong songwriting and I'd like to hear more from.

Grace Potter & The Nocturnals hit the main stage with a fury. The band started its set with the rocking "Ah Mary." She never ceases to amaze with her energy and vocals. Highly recommended when she returns to Charlotte this August. 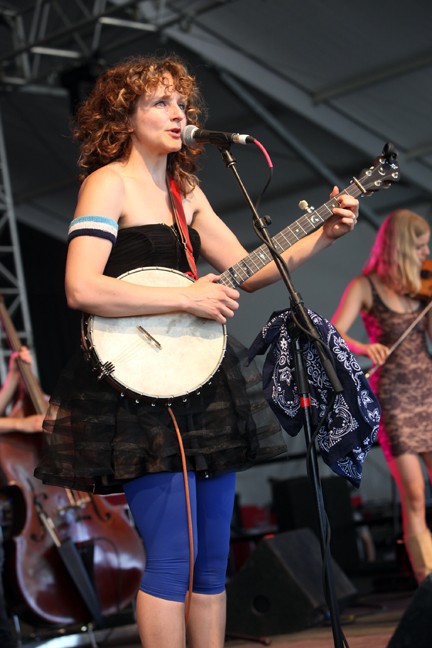 Abigail Washburn had some trouble getting all the instruments sound-checked, but when her set finally kicked off, you could see her songwriting and style come through the music. She was joined by Bela Fleck on a number of tunes, as well. Another worth hearing more from.

The Decemberists hit the main stage and had Sara Watkins in tow, in place of Jenny Conlee, who is off the road due to treatment of breast cancer.

Singer Colin Meloy acknowledged her absence and said she's at home and doing well. The band has a simple brand of folk-rock, one that didn't stick with me for long.

Wanda Jackson, meanwhile, was a 73-year-old fireball in The Other Tent. She smiled and sang and appeared to be having an absolute blast. No sign of Jack White while I was there...

Ray LaMontagne kicked off his simple folk on one of the main stages, while Florence & The Machine saw one of the biggest crowds of the day in This Tent.

Maybe it's just me, but I thought Florence and LaMontagne could have switched stages. The vocals, stage presence and overall performance by Florence & The Machine was beyond stellar. There's no surprise that so many people were there. I wanted to stick around to watch, but there simply wasn't anywhere to catch a glimpse from the overflowing tent.

My Morning Jacket kicked off it's 8 p.m. set with a lone trumpeter for "Victory Dance." Dressed in a long coat and white furry boots, singer Jim James bounded around the stage. For me, the songs alternated between the sleepy and nearly whining and the upbeat and Southern-style rockers. I went into the show as a skeptic and left feeling I should give their music another shot, or at least some of their music.

Primus hit the secondary main stage at 9:15 and played a good variety of new and old, much like their recent Charlotte performance. 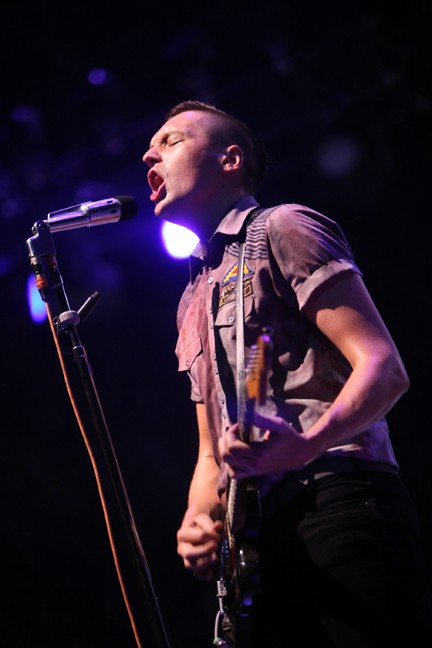 It was back to the main stage for the night's headliner, Arcade Fire. It's another band that I approached with hesitation having not been impressed with the glimpses I had seen and heard up until now, but their set at Bonnaroo won me over. The band has infectious energy, humble gratitude for "finally playing Bonnaroo" and strong songwriting. The multi-instrument approach didn't sound cluttered, and while one band member was dancing with her fiddle, two others were jumping around smashing drums. Just a complete feast for the eyes and ears.

Bassnectar rattled the bones and souls of everyone coming near This Tent at 12:30 a.m. ... Obnoxiously loud bass grooves from the DJ overflowed into the festival grounds.

Big Boi hit The Other Tent for a set full of Outkast classics. Some of them were abbreviated, but most of them got the full treatment as Big Boi paced and danced his way around the stage. He even got help from a four-man step crew at times. 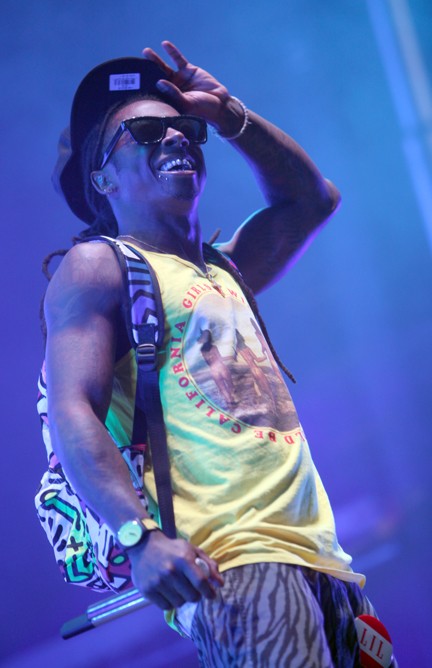 Lil Wayne hit the Which Stage after a brief recording announcing that inmate # so-and-so was now a free man. With a backpack on, Lil Wayne ran all over the stage, never really finding time to slow down. I'll admit that I'm not a fan, but I can see where his popularity comes from, especially with his live performance. Full band behind him, his flow and energy were relentless.

I then went to catch part of Pretty Lights, the DJ was surrounded by towers of lights and it was clearly a visual spectacle as much as an audio one. Granted, a lot of electronic/techno sounds the same to me, so I didn't stick around to hear the driving beats.

The odd story of the night had to be the five parachuters who were seen over the festival while Primus and My Morning Jacket were on the stage. Dropping 60,000 little blue flashing lights, it looked like stardust falling all around. The lights were attached to some kind of promotional code — what for, I'm not sure. How do I know all of this? After watching the parachuters for a minute or two, one was clearly off course and — making nearly a complete 180, dodged about five trees and came hurtling down just outside the press area — about 20 feet from where I was standing. The guy said he was supposed to land in a camping area... whoops!

Overall, a long day filled with great music and a few surprises. And we're only half-way done!

City With No Children

We Used to Wait

You Wanna Freak Out

Holdin On To Black Metal

So Fresh So Clean

The Way You Move

You Ain't No DJ

Nothing But The Water I

Nothing But The Water II