On July 15, 2014, Weird Al Yankovic released his 14th studio album, and his first in three years. Along with the album's release, the King of Parodies unleashed eight videos. Featuring covers of Iggy Azalea, Robin Thicke and Southern Culture on the Skids among them, some of the videos are better than others.

So, in case you missed any of them, here are the eight videos — from worst to best:

8. "Sports Song" is a valiant effort at making fun of sports teams and over-enthusiastic sports fans, but it's hard to make a marching band song that's catchy.

We're a little late in linking the Village Voice's annual Pazz & Jop poll, and if you're a music geek you've no doubt already checked it out. But for the rest of you, the Voice's 2012 poll looks a little like Creative Loafing's own best-music lists this year. Frank Ocean, which topped my personal Top 10, also topped the Voice's list this year, and other CL faves, including Kendrick Lamar, Fiona Apple, Swans and Japandroids, also fared well at P&J.

Opinion Are you a YBIR (Young Black Indie Rocker)?

MTV Hive (and Pitchfork) writer Martin Douglas has posted an excellent essay on what it's like growing up young, black and poor - and loving punk and indie rock.

"When I listened to rock music as a kid, it often felt like I was sneaking past the guards of racial barriers and into a cool party I wasn't invited to," Douglas writes in "The Only Black Guy at the Indie Rock Show." "But I didn't want to feel that way." 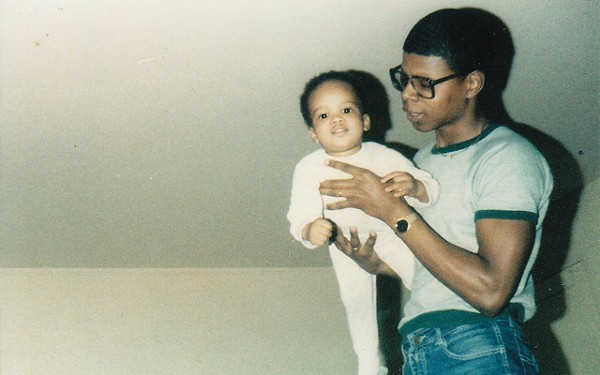 All the chatter about the coming apocalypse has us humming R.E.M.'s "It's the End of the World as We Know It," Public Enemy's "Countdown to Armageddon" and The Doors' "The End." But there are more interesting (and less obvious) choices for an "End of Days" soundtrack. So before you head down to your fallout shelter, remember us here at Creative Loafing by dropping this handy playlist into your iPod.

1. "The Man Comes Around," Johnny Cash. In case you need to get right.

2. "Waiting for the End of the World," Elvis Costello. With your two-toned Bible and your funny cigarettes.

The Republican and Democratic conventions are locked in an entertainment arms race. As they have with Super PACs and redistricting/gerrymandering, the GOP has so far outspent and out-maneuvered the Dems, securing at least eight big-name acts to the Democrats’ two. According to a July Showbiz400 article, Republicans are paying entertainers mega-bucks to lure them down to the big GOP convention in Tampa. 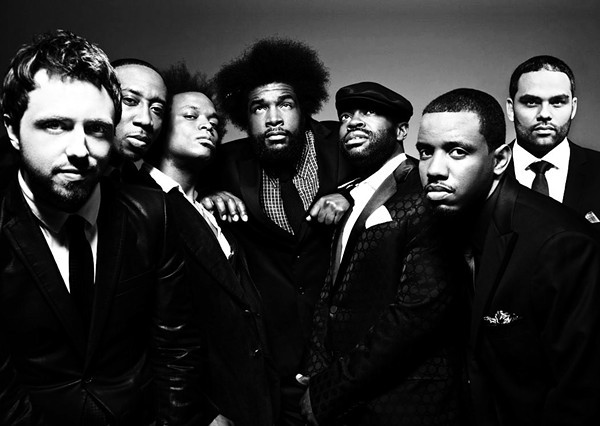 To counter this entertainment onslaught from the right, the Dems have thus far booked The Roots at Amos' Southend and will.i.am from the Black Eyed Peas; Flo Rida is scheduled for a non-partisan show at Time Warner Cable Arena and Camp Freddy is slated for a Sunday, Sept. 2, show at the N.C. Music Factory. True, the Queen City gets better music, but that’s hardly surprising since right-wing rockers are the aural equivalent of toxic sludge. But the Dems are concerned about the shortfall in their political party soundtrack.

Part of their problem is that MTV may trump the DNC. The erstwhile music network airs its Video Music Awards on Sept. 6, the same night Obama makes his acceptance speech. Currently only Alicia Keys and One Direction have chosen a live spot on the VMAs over an appearance at the DNC, but heavy-hitters Katy Perry, Rhianna and Drake have been nominated for awards. If they opt for MTV over Obama-Fest, it could lead to serious attrition in the DNC’s potential pop music roster.

The Interwebs are abuzz today with word of a possible project involving the sons of the Beatles. Before I go any further, let me say, "Please. Don't." 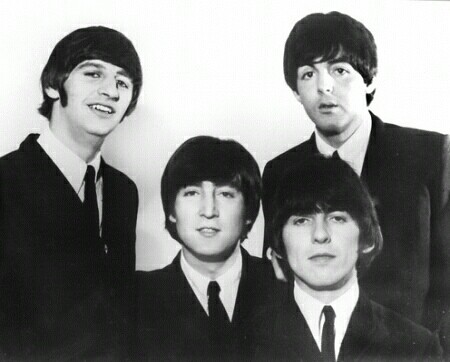 It all started when the BBC published an interview with James McCartney and he said he'd be up for a project involving the other Beatle offspring. On initial glance, it might seem like a good idea. Take James McCartney (son of Paul), Dhani Harrison (son of George), Sean Lennon (son of John) and Zak Starkey (son of Ringo) and... son of a bitch. For the love of music, I can't continue.

The Beatles were one of, if not THE, greatest rock group in history. Just as you can't reunite without a band member who is deceased - see Led Zeppelin - you can't use offspring to form the next best thing. Therein lies the problem.

You could take those four young blokes, put them in a room and tell them not to create anything that even remotely resembles the Beatles and, regardless of what they come up with, they'd fail miserably with the general public. A) They will never be the Beatles. B) Anything they do will be compared to the Beatles.

The BBC even suggested they call themselves, "The Beatles - The Next Generation." Seriously?

We love public radio here at CL and we understand and support the pledge drives that stations like WFAE in Charlotte do each year. In fact, we encourage any public radio listener to pledge and pledge liberally.

However, some of the promos that public radio airs during pledge week make us cringe.

To wit: This morning, a smart-sounding public radio voice asked WFAE listeners, "Would you rather hear this (cue in a few metal guitar riffs) or this (cue in yawn-inducing music followed by Garrison Keillor welcoming folks to Lake Wobegon)?" The subtext for anyone under 50 is, "Would you rather hear energy on your radio station or the latest ambient collection Music for Geriatric Units?

Opinion / Jeff Hahne Will Madonna at the Super Bowl be the best or worst halftime we've seen?

Everyone has a favorite and least favorite Super Bowl halftime performance — though none has truly been fantastic. For some, Janet Jackson's 2004 "Nipplegate" will forever be at the top of their list — good if you liked the sight of her exposed breast, bad if you think it ruined children's minds and the concept of nipple shields.

For others, The Who in 2010 was at the top of the bad list — though I didn't think it was horrible. I could have done without 1991's New Kids on the Block. I thought Prince gave it a good shot in 2007. I thought Black Eyed Peas last year were about as commercial as it could possibly get.

I think the halftime show is made out to be as far reaching and bland as possible, only cool to those who find their favorite songs/artists on Top 40 radio. No chance we'll ever see a Radiohead, Arcade Fire or My Morning Jacket on there. I even think Mumford & Sons would be too polarizing.

This year, we'll be "entertained" by Madonna, Nicki Minaj, MIA, Cee-Lo Green and LMFAO. OMFG. Yep, this one has the potential to be the worst we've seen. Madonna will sing "Vogue," she'll be joined by LMFAO for "Music" sing "Give Me All Your Luvin" with Nicki Minaj and M.I.A. and she'll wrap it up with "Like A Prayer" with Cee-Lo. Yep, this Sunday's could be horrible.

For me, the moment when the Super Bowl Halftime performance truly "jumped the shark" was in 2001. The perfect blending of rock and commercial pop. Take a look:

From Justin Timberlake's funky chicken and running man dances to Britney Spears lip-synching and shaking her half-naked body into the hearts of teens everywhere... Nelly's rapping isn't in the same league as the collaboration of Aerosmith and Run DMC. The line dancing at the end and Spears/NSync trying to find some street cred. This one had to be the worst I've seen...

They've tried to redeem themselves with Prince, the Rolling Stones, The Who, but it's always far too commerical, cheesy and lip-synched to ever be as "cool" as you hope. It's always a solid debate, so, what's your least favorite? 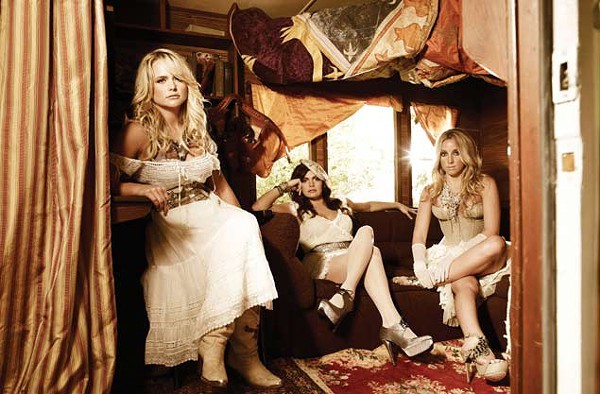 Our sister paper in Nashville, The Nashville Scene, has released its 12th Annual County Music Poll. As the editors tallied the results, it became clear that 2011 was dominated by Miranda Lambert the solo artist vs. Miranda Lambert, member of the trio Pistol Annies.

The result was something of a split decision. Pistol Annies, Lambert's trio with Ashley Monroe and Angaleena Presley, won the Album of the Year voting with their debut effort, Hell on Heels, which established a comfortable lead over Lambert's No. 2 album, Four the Record. The title track from the Pistol Annies' album was voted the No. 2 single — edging Lambert's No. 3 "Baggage Claim" but falling short of Kenny Chesney and Grace Potter's No. 1 "You and Tequila." Pistol Annies were voted the Best Group or Duo and the Best New Artist, but Lambert was named the Best Female Vocalist, Best Songwriter and Artist of the Year.

Music journalist Geoffrey Himes' annual list has become country music's version of legendary rock crit Robert Christgau's influential Village Voice "Pazz and Jop" poll, which has run in some form since the early '70s and focuses on pop and rock.

The Scene's results include the top 30 albums, top 20 singles, top 10 reissues, top 10 male and female vocalists, top 10 live acts, top 10 songwriters, top 10 duos or groups, top 5 new artists and the 10 artists of the year. You can read more about their decisions here and find the results here.

Opinion All hail Duane Allman, who died 40 years ago 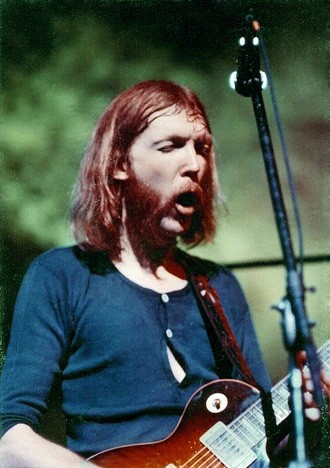 Tomorrow, Oct. 29, will mark the 40th anniversary of the 1971 death of iconic guitarist Duane Allman. Co-founder, with his brother Gregg, of the Allman Brothers Band, the Georgia musician was one of the greatest, most distinctive — and instinctive — guitar innovators in rock history.

There’s an advantage to being a baby boomer from the South. Namely, I was lucky enough to see the original Allman Brothers Band, with Duane Allman, seven times before he died at age 24 from a motorcycle crash in Macon, Ga. One of those seven shows took place in a club in Spartanburg, S.C., called The Sitar, just after the August 1970 release of the band’s second album, Idlewild South.

Some friends and I were seated about eight feet from the low stage, with Duane right in front of me. At one point I was nearly hypnotized, focusing on Duane’s hands as he smoothly wove his way in and out and through a series of complicated slide guitar lines. I suddenly looked up from his hands, and was dumbfounded to realize that while he was producing those intricate, speed-of-sound licks, Duane had been leaning over, having a casual conversation with bass player Berry Oakley — as if his mind-blowing guitar breaks were effortless.

I saw the band three more times after that, including the two legendary Love Valley Pop Festival shows, but that one moment is what I first think of whenever Duane’s name is brought up. The original Alllman Brothers Band lineup is generally recognized as one of the finest, and most finely honed, touring bands of all time. I imagine that’s true; all I can tell you is that the times I saw them, they were never less than fantastic, every single time.

Check out the excerpt below of Duane and the boys in 1970 playing one of their signature songs, “Whipping Post.”